The birefringence of isoxanthopterin crystalline spherulites enhances the reflectivity of a biological photonic crystal.

Nano-structures which reflect or scatter certain colours are abundant in nature. For example, butterflies and birds use them to generate striking structural colours used in sexual display and camouflage. Reflectors are also used in animal eyes to produce images  or to boost light-sensitivity. Many of these nanostructures are made from organic crystalline materials and over the last decade, the utility of crystalline materials in biological reflectors has been explored in a variety of systems.

In a previous study, it was discovered that prawns and crayfish use crystalline isoxanthopterin, a pteridine analogue of guanine, in their tapeta. A tapetum is a reflective structure which underlies the retina in many animal eyes and which functions to back-reflect photons not absorbed by the retina on the first pass, enhancing sensitivity. In the shrimp L. vannamei, this tapetum reflector is formed from a dense assembly of spherical 300 nm core-shell isoxanthopterin nanoparticles that are packed periodically over length scales of a few microns. These particles are constructed from lamellae of thin crystalline plates of isoxanthopterin assembled around an aqueous core much like the layers of an onion.  Crystalline isoxanthopterin is highly birefringent, meaning light waves of different polarization experience different refractive indices as they propagate through the material. Curious about the implications of this structure and the birefringence of isoxanthopterin, we proceeded to study these nanoparticles in greater detail. Much to our surprise, we discovered that the arrangement of crystalline plates within each nanoparticle is such that light polarized tangential to the surface of the particle experiences a much higher refractive index than fields polarized normal to the nanoparticle surface.

Spherical structures of this kind, characterized by two refractive indices – one radial and one tangential, are commonly found in crystallized polymers and are known as spherulites. Spherulites possess one particularly interesting property- although birefringent, the particles possess the same rotational symmetries as an optically isotropic sphere. Intrigued by these particles, we thoroughly searched the literature and found a body of work that developed a framework to calculate light scattering from spherulites. After a few weeks spent writing, debugging and running the scattering programs, we had our first results – isoxanthopterin spherulitic shells scatter more efficiently in backward directions than isotropic shells of similar refractive indices.

Inspired by this finding, we proceeded to calculate the optical properties of close-packed assemblies of the nanoparticles using numerical electromagnetic simulations. From these simulations we learnt that the assemblies of spherulites reflect efficiently across a wider band of wavelengths in the blue region of the visible spectrum than assemblies of optically isotropic particles. Further calculations  indicated that this enhanced range of efficient reflection is a consequence of the increased refractive index contrast in the spherulite assemblies. The high efficiency of these reflecting assemblies meant the tapetum could be thin, enabling better packing of sensory elements in the eye.

Our paper titled "A highly reflective biogenic photonic material from core–shell birefringent nanoparticles" has been published in Nature Nanotechnology (https://doi.org/10.1038/s41565-019-0609-5). 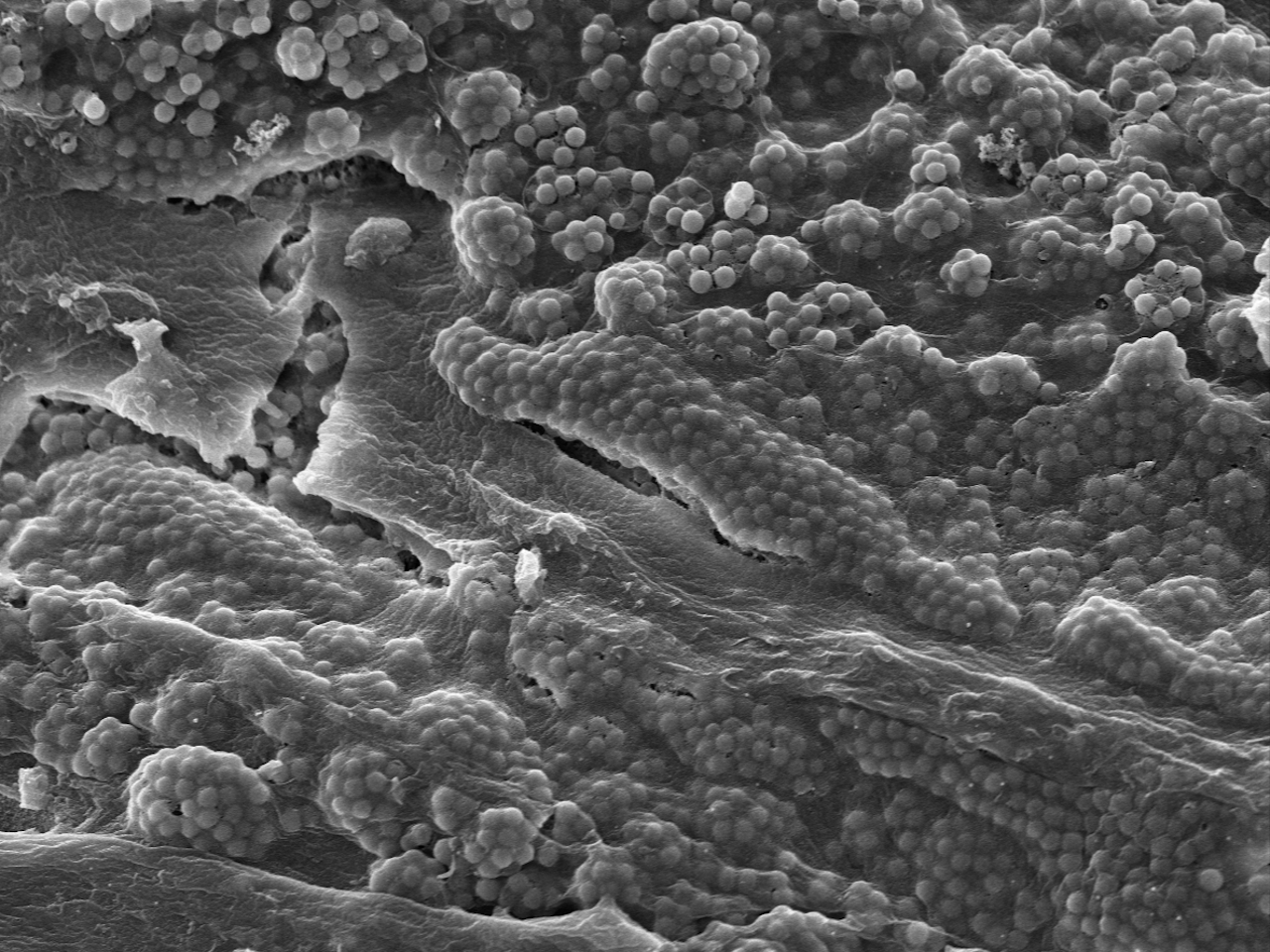 Researchers have discovered assemblies of spherical birefringent nanoparticles made of crystalline isoxanthopterin in the eyes of certain shrimp. These particles back-scatter light more efficiently than optically isotropic particles, and assemble into photonic crystals that are efficient reflectors.