Human epidermal growth factor receptor 2 (HER2) is overexpressed in over 20% breast cancers, and to a lesser degree in gastric cancers, colorectal cancer, ovarian cancers and bladder cancers. There is great need in the development of novel and effective anti-HER2 cancer therapeutics.

Unlike those cancers caused by mutated or fusion oncogenes (e.g. EGFR in lung cancers) which respond well to monotherapy, cancers with HER2 overexpression often require drug combinations. It is because this latter group of tumours are driven by gene amplification and massive overexpression of HER2. HER2 is a receptor tyrosine kinase that is normally activated via induced dimerization with itself or with its family members EGFR, HER3 or HER4. In HER2 positive tumours, HER2s are massively overexpressed and constitutively dimerized, leading to unrelenting activation of down-stream proliferation and survival pathways and malignant phenotype. Although several anti-HER2 antibodies and antibody drug conjugates, as well as HER2 tyrosine kinase inhibitors have been developed, clinical response rates, even in combination therapy, are less than 50%, and the duration of response is relatively short. There is great need in the development of novel and effective anti-HER2 cancer therapeutics.

Supramolecular chemistry involves chemical systems formed by self-assembly of molecular subunits via non-covalent interactions. Harnessing the advantages of the dynamic nature and adaptive behaviour of supramolecular chemistry, an “in vivo self-assembly” strategy has been proposed for in situ construction of nanomaterials in vivo. In this paper, we report the design and synthesis of a smart supramolecular peptide, BP-FFVLK-YCDGFYACYMDV, capable of (1) assembling into nanoparticles (NPs) under aqueous condition and in blood circulation, and (2) in situ transformation into nanofibrillar (NFs) structure upon binding to the cell surface HER2 at the tumour sites. This transformable peptide monomer (TPM) was comprised of three discrete functional domains: (1) the bis-pyrene (BP) moiety with aggregation induced emission property for fluorescence reporting, and as a hydrophobic core to induce the formation of micellar NPs, (2) the FFVLK beta-sheet forming peptide domain originated from β-amyloid peptide, and (3) the YCDGFYACYMDV disulfide cyclic peptide HER2-binding domain, an anti-HER2/neu antibody peptidic mimic derived from the primary sequence of the CDR-H3 loop of the anti-HER2 rhumAb 4D5.

Under aqueous condition, TPM would self-assemble into spherical NPs, in which BP and FFVLK domains constituted the hydrophobic core and YCDGFYACYMDV peptide constituted the negatively charged hydrophilic corona. NPs, injected intravenously into mice bearing HER2+ tumours, were found to be preferentially accumulated at the tumour site. Upon interaction with HER2 displayed on the tumour cell surface, the NPs would undergo in situ transformation into fibrillar structural network, which in turn suppress the dimerization of HER2 and prevent downstream cell signaling and expression of proliferation and survival genes in the nucleus. These structural transformation-based supramolecular peptides represent a class of receptor-mediated targeted nanotherapeutics against cancers.

Receptor-mediated therapeutic fibrillar-transformation is not limited to HER2 binding ligands against HER2+ cancer. Our most recent data indicates that the concept is general and can be applied to other cancer cell surface receptors, such as α3β1 integrin, which is overexpressed in many epithelial cancers. Transformable nanoparticle decorated with LXY30 (ligand against α3β1 integrin) was found to be able to undergo in situ fibrillar transformation both in cell culture and in vivo at the tumour site. We believe the cell surface receptor-mediated transformable peptide nanoplatform has great clinical potential. 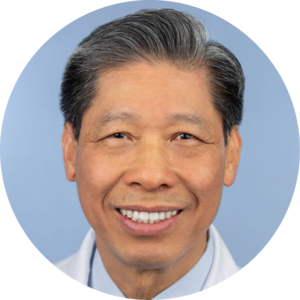