A community from Nature Biomedical Engineering
Regular Contributor
Behind the Paper

A story behind the paper: “Rationally engineered Staphylococcus aureus Cas9 nucleases with high genome-wide specificity”, Proceedings of the National Academy of Sciences (42) 20969-76

Jiahai Shi and Zongli Zheng started working together when they joined the City University of Hong Kong in December 2015. Although both of them came from Boston (Jiahai was from the Lodish lab at Massachusetts Institute of Technology and Zongli was working with the Joung lab at Massachusetts General Hospital on CRISPR), they did not know each other until they met in Hong Kong. They became neighbors and best friends as both of them were very passionate about research. Zongli brought from Boston his NGS and GUIDE-seq platform to analyze genomic alterations following CRISPR editing. He also engineered Cas9 to reduce polar contacts with target DNA by alanine substitutions and enhance the specificity of SpCas9, a commonly used Cas9 from Streptococcus pyogenes. When they started their own labs, Zongli was testing the GUIDE-seq platform to calculate the rate of off-target effects in CRISPR-Cas9 genome editing while Jiahai was using CRISPR-Cas9 for hematopoiesis research and gene therapies. Jiahai tried to use a small Cas9 protein from Staphylococcus aureus (SaCas9) to edit the genome as the delivery of SaCas9 is more efficient than SpCas9 due to its small size. It was known that the mechanism of action between SpCas9 and SaCas9 were similar, despite they share only 17% sequence identity. During their coffee break, Zongli and Jiahai discussed and hypothesized that the similar strategy previously used on SpCas9 could be used to improve the fidelity of SaCas9 given their shared mechanism of action. With a background in protein engineering, Jiahai looked at the structure of the SaCas9 protein and pointed out various residues that determine its binding to the target DNA. Zongli was excited with this idea and recruited Vivian (Yuanyan Tan), a graduate student from Shenzhen, to engineer SaCas9 by creating mutations at 4 critical residues and testing the off-target effect of the mutants.

The binding site of wild-type SaCas9 including 4 residues (red) forming polar contacts with the target DNA.

It was not easy for the young scientists to set up their labs in a new department, coping with their heavy teaching duties and tedious grant applications. Zongli found his start-up grant had run out quickly after only several months of GUIDE-Seq experiments. Hence, he worked very hard on grant applications and eventually won a big grant at the Ming Wai Lau Centre for Reparative Medicine, an initiative of Hong Kong Government and Karolinska Institutet. Meanwhile, Jiahai still stationed in CityU and ran his lab in a tiny room with a small budget. He focused all his energy on the research questions that he has been asking and guided Vivian to test the mutants. Zongli always looked for his buddy whenever he came back to CityU. They were very excited to find that the 4 mutations that they generated did not affect the on-target activity of SaCas9 but significantly reduced the off-target effects.

When the team expanded the experiment to evaluate the off-target effects at more endogenous sites and in the whole genome, Vivian needed more help as she was expecting her first baby. Zongli and Jiahai convinced her to continue the project after her maternity leave. She left her baby with her family in Shenzhen and crossed the border to work while pumping and bringing the milk home every weekend. Her lab mates joined in to help her a lot with the experiments. They tested all the combinations of the mutations to find the best high-fidelity (HF) SaCas9. Anthena Chu performed extensive bioinformatics analysis and confirmed the profound improvement of specificity by the HF-SaCas9, compared to the wild-type SaCas9.

The motivation for identifying small Cas9 with high fidelity is to facilitate a better delivery of Cas9 for gene therapies. The SaCas9 encoding sequence can fit nicely into AAV, allowing in vivo genome editing for therapeutic purposes. Zongli looked for Wenjun Xiong in the department for her expertise in AAV and retinal degenerative therapies. Wenjun’s group quickly helped the team to pack their new HF-SaCas9 into AAV and deliver it to retinal pigmented epithelium cells. AAV-delivered HF-SaCas9 was proven to be better in targeting accuracy than the wild type SaCas9 tested in the same context, suggesting that the new HF-SaCas9 is ideal for AAV-based gene therapies.

The team submitted their paper in April 2019 and received a favorable response from PNAS. However, the reviewers still required a number of rigorous experiments. The team had to assess the effects of various sgRNA sequences. Without hesitation, they designed 20 new sgRNAs targeting 20 different genes and found that HF-SaCas9 was effective and accurate in all cases. In the middle of the revision, the team was shocked by the political unrest in Hong Kong where protesters took streets for months and universities became battle fields. The scientists did not stop. They still worked day and night to complete the project. Sometimes, they had to walk for miles to work, passing by dangerous areas when the subway was closed and Hong Kong streets were submerged in tear gas. They were analyzing the data and writing the rebuttal letter when the campus was in the center of turmoil. With all the happiness that arrived when the paper was accepted, they celebrated with only a bottle of wine and a couple of mooncakes. Their passion for research kept them alive and enabled them to work beyond their expectation. They believe that their invention will make a difference in biomedicine. The newly invented HF-SaCas9 will facilitate the development of advanced gene therapies with higher precision.

Graduate students were finding the way home after finishing their experiments at CityU but the subway was closed and the road was full of fire and tear gas (picture taken at CityU main entrance).

Acknowledgement: Many thanks to Zongli Zheng and Jiahai Shi for sharing the story. Thanks to Daniel Xin Zhang and Jay Migara for proofreading the article. Pictures were provided by Jiahai Shi and Marco Pirisinu. 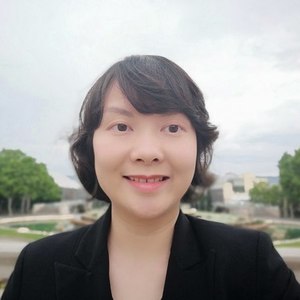