In this study we set out to develop a new approach for pooled screening, and along the way, discovered interesting differences between loss-of-function approaches used to interrogate gene function.
Annabel Sangree
Research Associate, The Broad Institute
Follow

Small molecule inhibitors and genetic knockouts are widely deployed to find and characterize potential drug targets. These loss-of-function approaches often produce similar phenotypes, but as our recent study shows, there can be substantial differences. When probing both the apoptosis pathway via MCL1 knockout and the DNA damage pathway via PARP knockout, we observed cases in which cells responded markedly differently to small molecule inhibition, ‘acute’ genetic knockout with CRISPR, and ‘chronic’ genetic knockout from engineered single cell clones. Perhaps unsurprisingly, the differences between the approaches were not uniform, but rather specific to the gene, perturbed pathway, or cell line.

First, we observed notable differences between acute and chronic knockout. For instance, when MCL1 was knocked out via acute CRISPR knockout, HSP90AB1 was identified as a synthetic lethality, but had no effect in the MCL1 null single cell clone population (chronic knockout). Further, TP53 was more protective with acute knockout than with the other approaches. This discrepancy is perhaps due to the dosage of DNA damage; the acute knockout cells have 2 loci of double-strand DNA breaks (MCL1 and TP53), while in the single cell clone, only the TP53 locus is targeted by CRISPR at the start of the experiment. It is also possible that the single cell clones have adapted to the loss of MCL1, and rewired such that they utilize different pathways.

In an example of a small molecule producing a different phenotype than a genetic knockout, XRCC1, which is known to interact directly with PARP1, scored as a top sensitizer for small molecule PARP inhibition, but as a top buffering gene upon genetic knockout. Again, we can only hypothesize about the underlying causes, but we believe this may reflect the distinction between PARP1 being present but inhibited by a small molecule, compared to the complete loss of PARP1 protein in the cell.

These results, both with MCL1 and PARP1, emphasize that although in many cases small molecule inhibition phenocopies genetic knockout, exceptions can arise. While the underlying mechanisms behind the differences of these approaches are not addressed in the present study, we believe that further followup is necessary to elucidate the technical vs. biological differences. They are no doubt important for those conducting screens to identify drug targets.

Target identification -- both finding new targets, and finding the target protein of small molecules arising from phenotypic screens -- continues to be a major bottleneck in the drug development pipeline, and the power and specificity of the CRISPR system has the promise to improve success and accelerate the development of novel therapies. However, a single experimental approach will likely not paint a complete picture, and thus it may be beneficial to conduct both genetic and small molecule screens in order to characterize new drug targets, and their potential inhibitors. While this story diverged a bit from our original intent, to develop a pooled screening approach that allows for the identification of genetic interactions with a gene of interest, we are quite interested in the result, and hope our work is helpful in initiating new projects and collaborations. 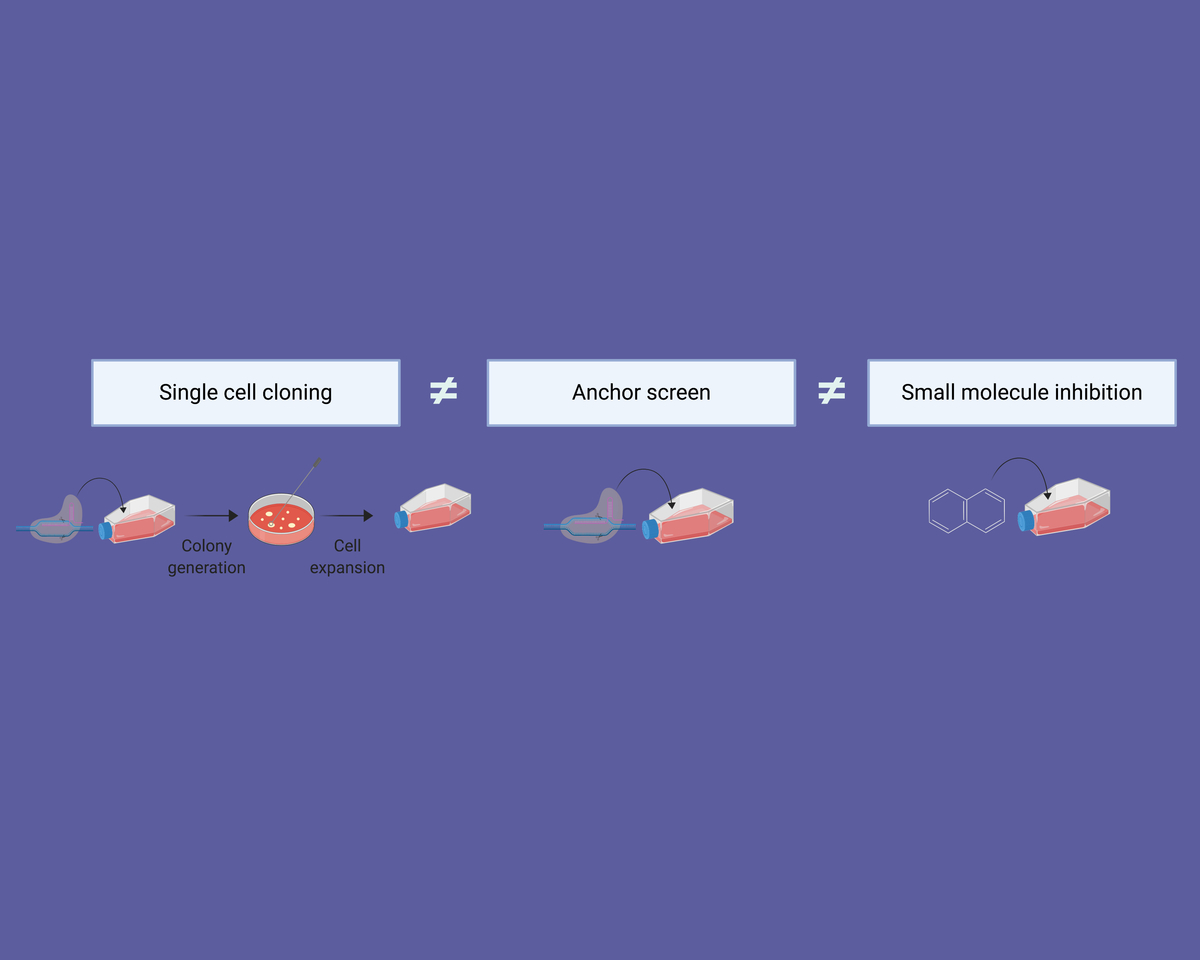 In this study we set out to develop a new approach for pooled screening, and along the way, discovered interesting differences between loss-of-function approaches used to interrogate gene function.