The idea behind this paper began to take shape a little more than a year ago and a few weeks after the start of my PhD.

During my first meeting with Jeff, he told me he was interested in expanding our engineering capabilities from single to multiple populations.
We talked about building a community with multiple populations which could coordinate their behavior independently, without 'talking' with one another.
To realize this, we hypothesized the use of orthogonal quorum sensing systems which we would select from the natural abundance of bacterial communication systems characterized in the literature.

Quorum sensing is a term that defines a variety of communication systems based on small molecules that bacteria use to communicate.

A subset of these systems has been shown to be orthogonal which implies that the two systems are completely decoupled and don't interfere with each other even when the cells coexist in the same environment.

We agreed that the first step would be to select the set of communication systems which were known to satisfy the conditions we were looking for.
The day after the meeting, I  sat at my desk all morning and carefully compared the characteristics of known quorum sensing systems reported in literature.
This was when I came across the article that triggered the light bulb moment which eventually lead to the publication of this paper.

The article was published in 2008 and reported the discovery of a new quorum sensing system found in the photosynthetic bacterium R. palustris. The unusual fact was that the bacteria seemed to synthesize the signaling molecule from a plant derived molecule known as p-coumaric acid, which is an organic compound commonly present in fruit and vegetables. In direct contrast, it seemed like all the other signaling molecules were self-synthesized by the bacteria using their intracellular pool of fatty acids as substrate.

I started wondering if this dependency on an external substrate could be used to our advantage to engineer a genetic tool for precise and tunable population control.

Could we recreate the metabolic pathway for the conversion of p-coumaric acid into the signaling molecule in common laboratory strains such as E. Coli? Could we use this organic substrate to modulate population dynamics? And could this profound chemical difference with respect to the fatty acids-derived signaling molecules result in no signal cross-talk? In other words, could we design an inducible, safe and scalable genetic circuit for both single and multiple population control?

To answer the first question, I designed and synthesized a possible genetic circuit which could convert the inducer, p-coumaric acid, into the signaling molecule when a certain population density was reached. The signaling molecule would in turn self-activate its own production, generating a positive feedback loop, while simultaneously driving the expression of another gene of choice.

The toughest part of the project was definitely this initial stage when we had to design and synthesize the genetic circuit. I was just starting my PhD and had little experience in wet-lab and none at all in genetic engineering. Luckily for me, I had a great mentor who taught me all the laboratory cloning techniques I needed to physically execute my ideas.

However, when a certain plasmid design wasn’t giving us the correct dynamics, it was incredibly hard to understand how to fix it. Very soon I realized there were no universally known rules on how to genetically engineer phenotypes - the only way to know if something was going to work was to try it. Embracing failure and being resilient turned out to be more important than any other skill.

After a couple of months of design and test iterations, we finally obtained a circuit that was working as expected (yayy!). At this point, we wanted to test its utility when combined to another genes.

We coupled the iQS to a lysis gene which, as previously demonstrated by our group, causes the cells to lyse and die, releasing their internal content.

iQS coupled to the lysis gene for bacteria self-destruction. On the right, mathematical and experimental demonstration of the three main population dynamics obtained by modulation of the inducer levels

This combination resulted in a tunable platform for any cargo release. When the inducer wasn’t present in the media, the cells were unable to produce the signaling molecule, so they kept growing undisturbed. When exposed to intermediate amount of inducer, the cells were able to communicate by producing the signaling molecule in proportion to their population size. Therefore, they waited to reach a certain population density to collectively lyse. The few survivors during each lysis event guaranteed sustained oscillations. When induced with very high inducer concentrations, the cells constantly produced the signaling molecule regardless of the population density. In this scenario, the circuit was always ON and the cells ended up dying off over a brief time interval.

Finally, we looped back to the our original idea of creating complex community dynamics. We co-cultured our strain with self-lysing bacteria regulated by an orthogonal quorum sensing system and demonstrated the ability to control population composition by varying inducer concentrations.

We are very excited for the completion of this project and we look forward to work on new creative applications of the iQS system! 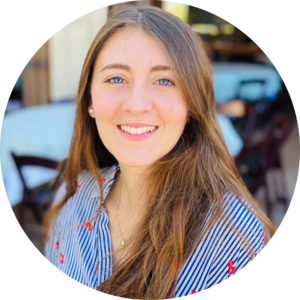