In this study, we explore new ways to provide efficient stimulation for cochlear implants.

In the movie trilogy “The Matrix,” humans dive into a virtual world by connecting their brains directly to a computer. They can hear, see, feel and taste with such precision that the virtual world becomes indistinguishable from reality. Although most movie viewers may consider this as a futuristic scenario, interfaces which influence human perception with computers have been developed since the 1970’s- particularly for hearing. One such device, called the cochlear implant (CI), is a neuroprosthesis for people with severe to profound hearing loss that do not gain any benefit from a hearing aid. The CI can provide a sense of sound by electric stimulation of the auditory nerve via electrodes implanted in the inner ear. However, unlike the brain implant from “Matrix,” the ability of a CI to restore an auditory sensation is still limited.

One issue is that the implanted electrodes, despite their small size (~0.6x1.1mm), do not connect directly to the auditory nerve fibers. As a consequence, each electrode activates not just the target nerve fibers close-by, but also nerve fibers further away that may be considered off-target. One could compare it with a normal hearing person who hears a piano played with all 10 fingers, while a CI user hears the same piano played with boxing gloves. The result is that, for CI users, both the spectral and temporal information of the sound is distorted.

In our recent article in Scientific Reports, we challenge the current paradigm of how to most efficiently deliver information in the form of electric pulses to auditory nerve fibers. In all current commercial CI’s, the electrical stimulation is performed with a rectangular pulse (Figure 1). However, we propose that a pulse shape with a rising, ramped slope might better match the biophysics of auditory nerve fibers (Figure 1). The main argument is that, because of the presence of ion-channels called low-threshold potassium channels, auditory nerve fibers are sensitive to how electric input increase over time. A ramped pulse shape, versus rectangular pulse shapes, takes better advantage of this sensitivity.

To test that hypothesis, we have characterized responses to ramped pulse shapes using animal brain recordings. In both humans and animals, the brain response to sound can be measure with Auditory brainstem response (ABR), a compound potential evoked in response to auditory stimuli. Similarly, eABR is the Auditory brainstem response to electrical stimulation through a bionic ear. In mice implanted with an electrode array, we recorded eABR in response to electric pulses with either a rectangular or ramped pulse shape. We found that less charge, but higher current level amplitude, was needed to evoke responses with ramped shapes that are similar in amplitude to responses obtained with rectangular shapes. Interestingly, the most charge-efficient pulse shape had a rising ramp over both phases, which support our hypothesis and findings from previous in vitro studies.

The results give more insight than just the basic understanding of the interaction between electric stimulation and neuronal responses, or the so-called electrode-neuron interface. By reducing charge, consumption ramped pulses have the potential to produce more battery-efficient CIs and may guide the future design of other efficient neural implants, including pacemakers and deep brain stimulators. In summary, the results indicate that the pulse shape used for CI stimulation can get in better shape. Our next step is to investigate if the results found in animal can be translated to human CI users and to test if a ramped stimulation paradigm can reduce off-target stimulation- and thus produce smaller boxing gloves.

Our paper entitled ‘Ramped pulse shapes are more efficient for cochlear implant stimulation in an animal model’ has been published in Scientific Reports: here

We would like to pay tribute to Jonathan Laudanski who conceptualized the notion of a ramped pulse shape in cochlear implants. He was a gifted researcher working at Oticon Medical and a much-liked person that sadly passed away in an accident in 2014 at the age of 30 years old. With this paper, we hope that his bright ideas can be taken even further. 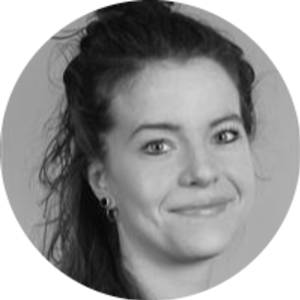