Throughout history, humans have improved crops.  Using many methods, including domestication, hybridization, and transgenesis, people have worked to better food quality and crop yield.  As technology advanced, so did the speed and precision of crop improvement.

CRISPR-Cas is a breakthrough technology for crop improvement.  But before CRISPR crops can be commercialized globally, public acceptance must be obtained, and workable regulatory policies must be established.  Both factors are critical – if public acceptance is low or regulations are unnecessarily burdensome, CRISPR will be restricted to a narrow set of crops and applications, and affordable to just a handful of multinational companies.  This is what happened with transgenic (GMO) technology.

Many technologies are used in crop improvement without burdensome premarket regulation.  Plant tissue culture enables clonal propagation.  DNA-based technologies, such as marker-assisted breeding, are widely used.  Male sterility systems, some involving “alien” chromosomes, are used to produce hybrid seeds.  Mutant varieties and chemical treatments are used to create homozygous seeds in a single generation by repeatedly manipulating chromosome ploidy.  Mutagenic chemicals, radiation and forced crosses between sexually incompatible species are used to create novel genetic variation.  Because technologies for crop improvement do not pose inherent risks, crops made using these methods are not regulated differently than crops made without them.  We believe products made using CRISPR should be treated in the same way.

“Waxy” is a type of corn that has been cultivated for over 100 years.  Waxy corn has a different starch composition than normal corn, which makes it preferable for some cooking and industrial uses.  Loss-of-function mutations in the Waxy1 gene cause the waxy phenotype.  Over the years, many mutant waxy1 alleles have arisen naturally and have been generated through chemical or radiation mutagenesis.  We used CRISPR-Cas9 to precisely delete the Waxy1 gene in multiple elite lines.  We conducted molecular characterization of CRISPR-waxy plants: confirming the expected deletion, evaluating off-site cutting (none was detected), and confirming the absence of transgenic DNA.  We analyzed CRISPR-waxy grain and found that it had the expected starch composition.  It was quicker to make CRISPR-waxy hybrids than conventional waxy hybrids, as we had anticipated.  Importantly, CRISPR-waxy hybrids yielded more than their conventional counterparts.  Trait introgression is used to make conventional waxy and is always associated with some “linkage drag.” It has been hypothesized that precise molecular methods like CRISPR would lead to better outcomes; CRISPR-waxy is the first experimental confirmation of this hypothesis.  We were surprised by the magnitude of yield advantage (i.e., less linkage yield drag) for CRISPR-waxy compared to the conventional waxy hybrids we evaluated.

The team visiting a CRISPR-waxy test location near Champaign, Illinois.

CRISPR-waxy, in addition to delivering value to growers, is a product that should also help promote public and regulatory acceptance of CRISPR crops.  Corn with mutations in the Waxy1 gene created through chemical mutagenesis does not require additional regulatory approval; we think CRISPR-waxy should be treated similarly.  In the U.S., Brazil, Argentina, and Chile, regulatory agencies have concluded that CRISPR-waxy will not be regulated as a GMO.  Colombia, Australia, and Japan have established policies that will likely come to similar conclusions.  Among major grain importers, the European Union is an outlier.  Europe regulates CRISPR crops and GMOs in the same way, a decade-long approval process that is unpredictable, costs upwards of $50 million, and is a de facto cultivation ban.  These EU regulations affect farmers in export geographies such as the U.S., Africa, and Brazil.  Many stakeholders have recently asked the European Commission to revisit their approach to regulating genome edited crops.  We hope the example of CRISPR-waxy will help in this conversation, moving us closer to a future where all farmers and consumers will be able to benefit from crops developed with this technology.

A field of CRISPR-waxy corn being planted in 2019 near Cedar Rapids, Iowa. 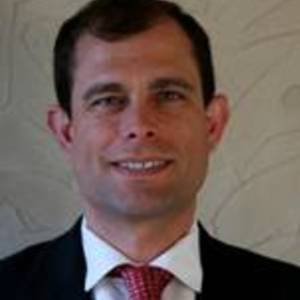