Remember what you encounter as you swim! (How memory helps microscopic swimmers navigate and search their environment)

Life at the microscale is constantly on the move. A glass of seawater, a lump of soil, or a drop of blood appear static to the naked eye. Yet, when magnified several dozen times, we find myriads of microscopic life forms buzzing with activity. At first sight, their motion appears haphazard and chaotic. However, the movement of microbes has been fine-tuned through the evolutionary pressures of searching for nutrients, avoiding toxins, and escaping microscopic predators. Such migratory responses to environmental cues are generically known as chemotaxis.

During the last decades, experiments by biologists and biochemists have uncovered a great deal about the complex molecular interactions that regulate chemotaxis: how cells sense environmental chemicals; how they relay these signals inside the cell via a series of biochemical reactions; and how these reactions eventually regulate the activity of the molecular motors that turn on and off the flagella, a set of whip-like appendages that propel the microbe forward.

This is where another story begins. These scientific findings inspired physicists and mathematicians to understand how the seemingly random swimming behavior of microbes could be reconciled with the use of information about their environment, and how optimized strategies for chemotaxis could be based on the dynamics of cellular reaction pathways. (If this is not complicated enough, the presence of other cells and the fluid dynamics at the microscale also shape microbial motion - but this is another story.)

What do we mean by ‘dynamics of cellular reaction pathways’ and what is their significance? Take a simple example. Millions of protein complexes called receptors crowd on the surface of bacteria (and other cells). Different receptors are sensitive to different small molecules floating in the environment, also known as ligands. When a ligand is in the proximity of the right receptor they can bind, starting a chain of chemical reactions inside the cell. However, some of the chemical reactions are slower than others. This means that exposure to ligands over time leads to the accumulation of intermediate signalling molecules in the cell. Therefore an accumulated pool of signalling molecules means that ligands must have been present in the environment in the past. In other words, the concentration of the intermediate molecule forms a memory of the environmental concentration that has been encountered by the cell.

The story is of course more involved. How much the concentration of the signalling molecule changes relative to its baseline assigns a strength to the stimulus. Furthermore, cell memories have a finite length: the level of the signalling molecules eventually returns to the baseline, so that the intracellular state loses the information of past events. Importantly, both the length and strength of the memory (i.e., what relative importance is given to concentrations at various times in the past) can be shaped by the timescale of reactions and the presence of positive or negative feedback in the reaction cascade.

One particularly interesting case is when the concentration of signalling molecule fluctuates up and down in response to a stimulus before returning back to the baseline level. This response allows the cell to give positive weighting to recent stimuli and negative weight to those in the more distant past. In effect, this allows the cell to make a temporal comparison, i.e., to compute a temporal gradient.

Consider a cell in an environment where the concentration of a chemical at the location x(t) of the cell is S(x(t)). The ligand molecules (green) bind specific receptors on the cell membrane and activate internal chemical reaction pathways (y1, y2, y3). Some reactions are faster than others which causes the accumulation of intermediate products. This cascade ultimately controls a molecular motor, which rotates a flagellum λ(t) to propel the cell forward.

This simple form of memory is fundamental to generate sophisticated cellular swimming behaviour when navigating chemical landscapes. Microbes have no way of ‘looking around’ in their environment to decide which way to swim, and, likewise, a sperm cell has no way of knowing where the egg lies to quickly zap to the finish line. Instead, cells explore their environment randomly and, over time, they bias their swimming in favourable directions. How do they do this? In simple terms, the flagella of many species have two modes of rotation: turn them in one direction and the cell will move straight; turn them the other and the cell will tumble at its current location randomising its orientation. This leads to a ‘random walk’ of straight swims punctuated by random tumbles, which is typical of many microorganisms.  (There are several other more elaborate swimming patterns, which are subject of current research.)

Whenever the cell swims in a straight line, it gets a chance to use its memory to compare the concentration it currently senses to that which it found some short time in the past. This is also known as gradient sensing. If it senses an increase, that is, a positive gradient, the cell will make straight-line runs slightly longer. Over many exploration runs, such a strategy will bias the motion of the cell towards hotspots in the chemical landscape.

The value of memory in exploring random, complex environments

The gradient-sensing model is a simple description of cellular navigation, originally proposed and studied by Berg and collaborators, which has been the object of a large body of experimental, computational and mathematical work. The model performs well when the chemical landscape changes slowly along the path of the cell, i.e., when the gradient is shallow and constant. However, the microbial environments are usually inhomogeneous due to the porosity of the medium (in soil) or turbulence (in water). Hence, chemicals in such media diffuse unevenly, and, from the cell’s perspective, the landscape appears ‘rugged’, i.e., with steep crests and troughs at a scale that is inherent to the structure of the medium.

In our recent paper, the question we asked was whether the gradient-sensing mechanism was sufficient to describe how cells swim in rugged environments that more realistically mimic natural microbial habitats, or if cells took advantage of this intrinsic scale in the medium to improve their chemotactic capabilities. Our computations showed that in rugged landscapes, cells with memory resulting from their biochemical circuits swam faster than predicted by a pure gradient-sensing mechanism.

Individual cell trajectories (top) and drift of cell population (bottom) in a shallow gradient (left) and rugged (right) chemical landscapes. The figure shows that in a shallow gradient the gradient-sensing model gives a good prediction of the cell velocity, but this prediction breaks down in rugged landscapes. This means that there are unaccounted-for effects of memory in sensing.

One way to understand this phenomenon is to realise that the role of biochemical memory goes beyond merely computing the gradient: it modulates chemical signals perceived during swimming. When the stimuli perceived by the cell fluctuate rapidly, for example due to molecular collisions, the memory acts as a buffer to ‘average-out’ these fluctuations. This helps the cell to discern the underlying gradient and to approach the velocity predicted by gradient-sensing. In contrast, the fluctuations due to the ruggedness in the landscape do not necessarily appear rapid to the cell and therefore are not averaged out. Instead, we showed that under this scenario, the cell can exploit these fluctuations to achieve higher swimming speeds. Our theory shows that a cell with memory length comparable to the typical scale of the fluctuations perceived by swimming across a rugged landscape extracts additional information that leads to an increase in the swimming speed upward of the gradient. Since the swimming speed can be accurately measured in experiments, we hope that our computational and mathematical results will spur future research in quantifying the relevance of cellular memory in different scenarios.

Memory in a broader context

This form of cellular memory might seem too simple for higher-order or multicellular organisms. However, the mathematical framework considered here could provide interesting further connections. One area where we think our findings could have implications is visual search, i.e, the process by which our eyes navigate a visual scene using random-walk-like saccadic eye movements. This process relies on specific neurons in the early visual cortex that respond to light in a similar manner to how microbes respond to chemicals. From this perspective, saccadic eye movements could be thought of as “navigating the image”, with neurons using their memory to integrate the spatial features explored during the visual search. Such a mathematical approach to the problem could shed light on how multicellular systems might integrate measurements and memory of individual cells as building blocks of sophisticated navigation strategies at the system level.

This blog was written in collaboration with Prof Mauricio Barahona, Department of Mathematics, Imperial College London. 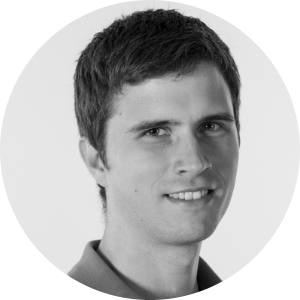 Applied mathematician fascinated about dynamics of populations and networks. Fan of cycling and tennis., EPFL