Expression of Cas9 and gRNA from viral vectors in vivo may cause off-target activity. Here the authors present NanoMEDIC, which uses nanovesicles to transiently deliver editing machinery to hard-to-transfect cells.

“Well, if you’re going to reprogram human genetic material, you need a delivery system, and nothing works better than a virus. It’s like a suitcase.”

This quote was mentioned by Rachel Weisz who played Dr. Marta Shearing in the 2012 movie The Bourne Legacy. Granted, while this movie was fictional, I liked the quote because it captures the fact that if you need a way to deliver something into a human cell to change its genetic makeup, viruses are the best means to do it.

Viruses are natural couriers of nucleic acid and protein cargo into cells of living organisms, and have evolved over millions of years to efficiently invade a variety of hosts. While ostensibly, viruses sometimes threaten human lives such as SARS-CoV-2, understanding how they are produced and infect target cells provides us with the knowledge needed to hijack viral machinery and engineer customized delivery vehicles. At the same time, we can remove their pathogenic features. Thus, viruses can be repurposed for gene therapy applications to treat rare diseases.

In particular, human immunodeficiency virus (HIV) has been extensively investigated for over 30 years, which has resulted in a deeper understanding of how lentivirus particles are produced and enter target cells. This knowledge has allowed researchers to engineer lentiviruses for the delivery of therapeutic genes for treating intractable diseases or cancer by CAR-T therapy. Until now, over 300 clinical trials have been conducted globally utilizing the lentiviral vectors in the gene therapy field. In addition, the HIV structural protein Gag can be utilized to construct extracellular vesicles or virus-like particles which lack viral genomic nucleic acids for packaging and delivering proteins of interest in a transient manner.

As our laboratory has been interested in genome engineering technologies such as CRISPR-Cas9, we have been investigating ways to harness the properties of engineered extracellular vesicles to package and deliver the CRISPR-Cas9 ribonucleoprotein (RNP) complex for therapeutic genome editing into difficult to transfect cells such as skeletal muscle cells and induced pluripotent stem cells. Our rationale was that delivering CRISPR-Cas9 transiently would reduce the risk of the Cas9 nuclease to cleave non-specific genomic DNA, thereby increasing safety, and also to increase the delivery efficiency in cells which are inherently difficult to transfect.

In our recent paper published in Nature Communications, we developed an extracellular vesicle delivery platform that we term NanoMEDIC (Nanomembrane-derived extracellular vesicles for the delivery of macromolecular cargo) to package and deliver CRISPR-Cas9 RNP for therapeutic genome editing to treat Duchenne muscular dystrophy (DMD). NanoMEDIC is composed of a viral envelope called VSV-G for targeting broad cell types, HIV Gag for forming the structural component of NanoMEDIC particles, CRISPR-Cas9 nuclease for cutting a genomic DNA sequence, and sgRNA to guide the Cas9 nuclease. The important point about NanoMEDIC is that it does not contain a viral genomic nucleic acid and offers more safety than conventional virus delivery methods thanks to the transient nature of the Cas9 activity.

HIV Gag was our anchoring point in the NanoMEDIC particles. We were able to fuse ligand inducible dimerization domains to Gag and SpCas9 that could be recruited to one another after adding a chemical compound in our NanoMEDIC producing factories. However, while packaging the Cas9 protein went smoothly, we struggled to fill the NanoMEDIC particles with sgRNA because we could not find a way to traffic the sgRNA from the nucleus where it was being made all the way to the plasma membrane where the NanoMEDIC particles were being assembled. After years of trial and error, we were able to design the sgRNA to contain a packaging signal as a mRNA targeting HIV Gag at the plasma membrane. Once recruited, the sgRNA could liberate itself from the mRNA as it was flanked with self-cleaving ribozymes.

After successfully packaging of both Cas9 protein and sgRNA into our NanoMEDIC particles, we tested their function on a variety of cells including human T cells, monocytes, muscle cells, iPSCs, and iPSC-derived cortical neurons. We were able to achieve genome editing at sufficient levels in all cell types tested and at 7 different genomic loci.

We chose Duchenne muscular dystrophy as a target disease as we previously showed in patient derived iPS cells that exon skipping is a potential therapeutic strategy. When we applied NanoMEDIC particles to patient DMD iPSCs, we could achieve high editing efficiency which resulted in over 90% exon skipping in skeletal muscle cells that were differentiated from the edited iPSCs. We also found that targeting the splicing acceptor and donor sites of an exon produced a synergistic effect.

Importantly, NanoMEDIC worked in vivo. We were able to induce exon skipping in luciferase reporter mice we newly generated, and in mdx mice, which is a well-known Duchenne muscular dystrophy mouse model with a premature stop codon in exon 23.

While this report shows the development and use of NanoMEDIC in a variety of cell types and also in vivo for treating DMD, we hope to develop this system further for cell specific targeting and more efficient delivery. 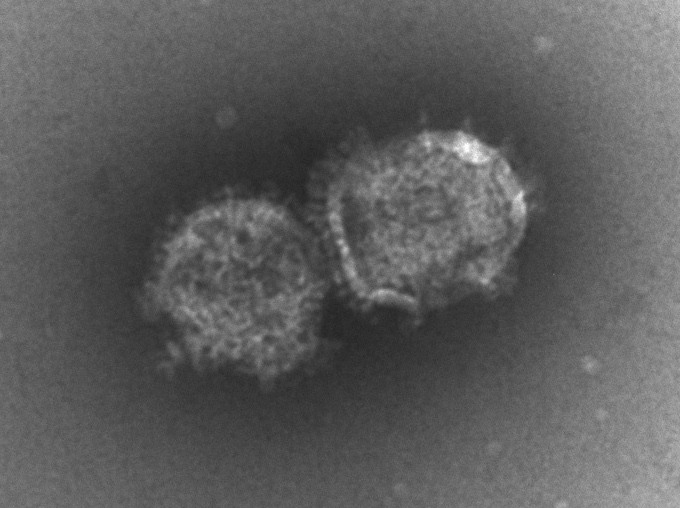 A transient delivery platform based on viral proteins can be used to efficiently introduce the CRISPR-Cas9 system into cells for therapeutic genome editing.