By simultaneously controlling transcription and translation, we are able to develop genetic devices whose function can be tuned in useful ways. Their use removes the need to rebuild broken circuits from scratch and supports the creation of adaptive systems able to work robustly in the real world.
Thomas Gorochowski
Royal Society University Research Fellow, University of Bristol
Follow
Like Liked by Olivier Borkowski and 1 other
0

Synthetic genetic circuits are sensitive to their environment and host cell, requiring many rounds of physical reassembly to achieve a desired function. Here the authors use a multi-level regulatory motif to dynamically tune the function of genetic parts as a step towards robust adaptive circuits.

Anyone that has ever spent time cloning in a lab knows the universal pain it brings. No matter how well you plan, biology will find a way of mutating your DNA or assembling it in every possible way but the one you want. This problem becomes even worse when building large genetic circuits composed of tens to hundreds of parts. Even if the assembled construct is precisely as you want, unexpected changes in how each part functions are common and often lead to the failure of the circuit as a whole. It is generally expected that large circuits will need to be built from scratch numerous times before a working combination of parts is found.

In our recently published paper (Bartoli et al. Nature Communications, 2020), we decided enough was enough. There needed to be a better way!

To solve this problem, we realized that while transcriptional signals are commonly used as inputs and outputs to many genetic devices, often their function relies on the synthesis of a protein such as a transcription factor (Nielsen et al. Science 352, aac7341, 2016). The rate at which these proteins are translated is generally fixed by the strength of the associated ribosome binding site. However, we wondered if the rate could be varied by using a new RNA-based regulatory element called a toehold switch (Green et al. Cell 159, 925–39, 2014). These allow for the rate of translation to be controlled by the concentration of a specific small RNA that is able bind to the toehold switch and turn on translation of a downstream gene.

Using this as a basic template for what we termed a tunable expression system, we were now able to control both the transcription and translation rate of a gene. This might seem of limited use, but by incorporating this tunable expression system into a commonly used genetic NOT gate device, we were able to precisely "tune" its transition point from an ON to OFF state making it compatible with a much wider range of other genetic components. Crucially, this tuning didn't require reassembly of the device, making it easy to ensure that devices perfectly match. However, while these new types of tunable device were functional, their performance left a lot to be desired. The difference between ON and OFF states was much smaller than we had expected, but it was not clear why.

To better understand how our system worked and to try and unravel any hidden problems, we turned to mathematical modelling. We built a model that aimed to capture the key chemical reactions and interactions taking place and then simulated its behavior for a range of biologically realistic parameters. This helped us tease apart a number of important rules. The first was that for the toehold switch to work well a very high relative concentration of the small RNA was required. The second was that a ribozyme called RiboJ included in the initial design could in fact create secondary structures that impacted the toehold switch. To our delight, addressing both of these aspects led to improved performance and demonstrated the valuable role that modelling can play.

Finally, we decided to take what we had learnt so far and construct a more useful genetic device – a NOR gate. This particular type of logic gate crops up all over the place and with good reason. NOR gates are what is termed ‘functionally complete’ meaning that any combinatorial logic function you can think of can be encoded using NOR gates alone. The difficult part is figuring out how many gates you need and how they should be connected together. That problem aside, it is clear to see that these are powerful devices and tunable versions would open up the ability to build all sorts of complex logic that could be optimized on the fly.

Lucky for us, our tunable NOT gate could be easily adapted to achieve this goal. By tweaking the design to include an additional input promoter, on our first attempt the new device worked precisely as we expected. In fact, during testing we found it to work even better than our NOT gate providing a much better separation between the output states no matter how strongly we tuned the behavior.

Although our designs are relatively simple, the detailed modelling and experiments we performed are a treasure trove of information for helping to accelerate the creation of future tunable parts and devices. We can’t wait to see what others in the community build using this knowledge and the new types of tunable device that will emerge. We also hope that the ability to tune the function of individual parts after assembly will help save those poor souls cloning their umpteenth construct and instead allow them to tweak the function of their parts so they can finally move forward.

So, where do we go from here? Well, work has already started on connecting many of these tunable devices together to see if we can make entire genetic programs that are able to adapt and optimize themselves. However, it is still early days, so to find out more you’ll have to stay tuned! 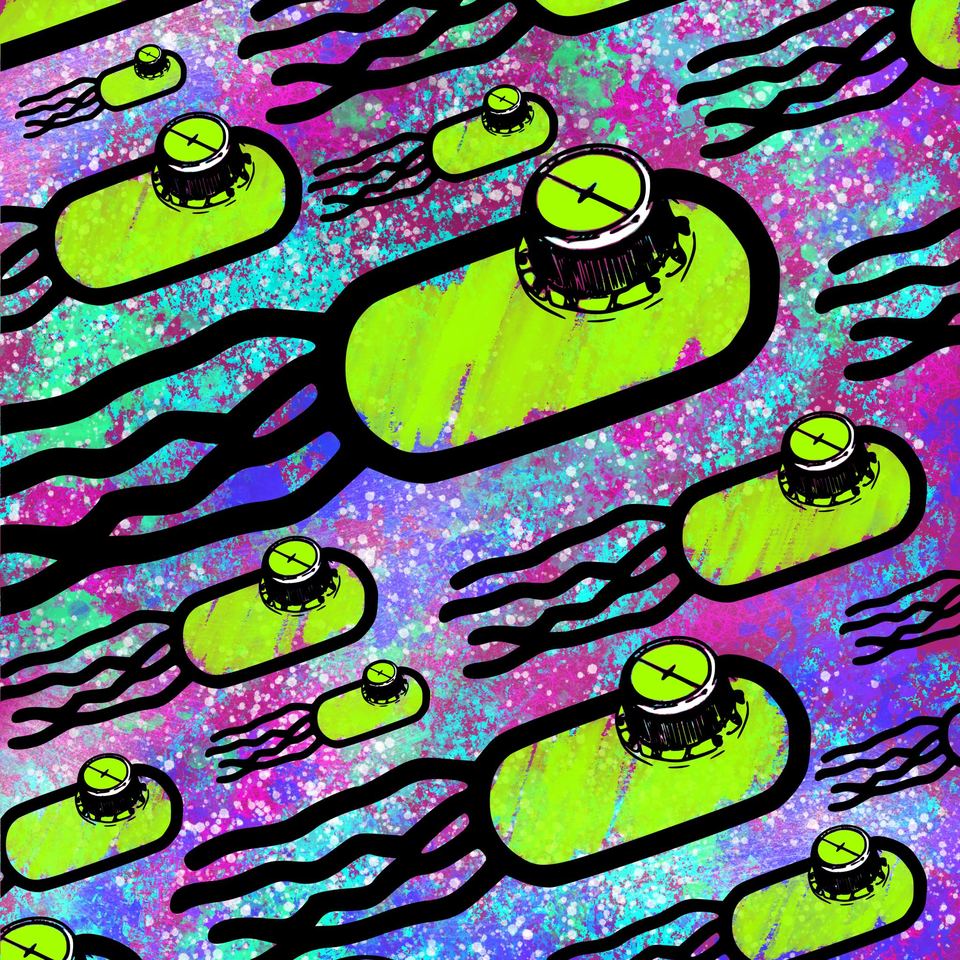 By simultaneously controlling transcription and translation, we are able to develop genetic devices whose function can be tuned in useful ways. Their use removes the need to rebuild broken circuits from scratch and supports the creation of adaptive systems able to work robustly in the real world.