Let’s start with an all-too-common rationale that we’ve read in one form or another often without a reference:

“Organoids are better biomimetic models because they’re 3D and multicellular just like in the body.”

If you’re like me, your scientific instinct is: “Okay, but what does that even mean? Where’s the data?” Then, after thoughts of justifying 2D monolayer culture subside, a glimmer of scientific humility breaks through and you wonder, “Well, what could you gain with 3D culture?”

My answer? Gradients. Endogenous gradients across tissue space are a distinct aspect of 3D constructs that are not inherent to classic 2D culture (though, don’t count out microfluidics1-3).

From the beginning of an embryo, a diversity of gradients play a role in regulating the development of the forming organism, from the Bicoid morphogen to bioelectrical gradients.4,5 Oxygen gradients are a foundational gradient in how they affect critical biological processes (e.g., metabolism, hypoxia-inducible factor-based transcription, etc.), or from another perspective, how critical processes have been formed around oxygen’s presence. This may be more evident in oxygen’s absence. Ischemic heart disease and stroke have been the leading causes of death globally for several years now.6 Decreases in oxygen can cause dysfunction in the heart and brain, and no oxygen ultimately leads to cell death. The spatial distribution of oxygen across a 3D tissue can be the difference between life and death.

In tissue engineering, oxygen diffusion is generally placed in the “obstacles” category: if you make your microtissue too big, you’ll end up with a necrotic core. This decades-long challenge of “nutrient availability” is debatably the reason why tissue-engineered replacement organs aren’t too prevalent today.7 Without functional vasculature, oxygen gradients dictate the size (and perhaps orchestrate the self-assembly process itself) of a viable construct, particularly in cardiac tissue engineering.8 The keyword here is viable. Could we turn this field-wide limitation into an advantage?

This is where our recent publication in Nature Biomedical Engineering enters the scene. Our goal was to incorporate non-viability with viability in cardiac organoids to create a tissue-level model of myocardial infarction (heart attack). Our method was to leverage our understanding of oxygen diffusion gradients in 3D culture to mimic the change in oxygen spatial distribution after a heart attack (if non-genetic factors are significant contributors to complex diseases, why not incorporate those factors into culture?). In a heart attack after the artery is clogged, the limited blood supply creates a steep oxygen gradient from high (where the blood is) to low (where the blood is not), resulting in the formation of a necrotic infarct zone surrounded by a dysfunctional border zone surrounded by functional heart tissue. Taking our previously developed cardiac organoids (originally designed for viability, ~150 µm radius)9, we hypothesized that by changing the oxygen levels in culture, we could impose a heart attack-like oxygen gradient where the edge of the organoid would experience viable levels of oxygen, while the interior would experience dysfunctional or non-viable levels of oxygen.

By properly tuning the upstream environmental stimulus, we were able to successfully create a tissue-level model that recapitulated the structural and functional aspects of the acute stage of ischemic cardiac injury. I intentionally used the wording “tissue-level” because different cell types reacted differently across 3D space as a result of the oxygen gradient (e.g., fibroblast density increased and split the cardiomyocyte population into an outer functional subgroup and an inner dysfunctional, arrhythmic subgroup). After a good bit of characterization (transcriptomic meta-analysis with animal models of myocardial infarction, biomechanics, tissue-level metabolism, and developing a custom microscope for imaging calcium dynamics at the cellular level to get a live view inside a muscular construct for the first time – shout out to Yang Li and his biophotonics skills for their critical role on this one), we applied these infarct organoids to tissue-level drug testing. Interestingly, we showed that infarct organoids were more susceptible to increased cardiotoxicity than control organoids (with cell-type-specific effects that altered the total organoid function), providing a kind of “in vitro co-morbidity” demonstration of the synergistically detrimental effects of a pre-existing cardiovascular conditions and chemotherapy.

One key hypothesis of this model was that using the proper upstream disease factors (in this case, an oxygen gradient and norepinephrine) would create the desired downstream biomimetic phenotype. The organoids, indeed, seemed to be a product of their environment, even with self-assembled organoids (compared to embryoid body-derived organoids) and even across different genetic backgrounds. Yet we are not only products of our environment. How one responds to that environment is also critical. With this kind of disease model, more nuanced questions within a disease with complex genetic contributions can be addressed, like how and to what extent do different genetic backgrounds contribute to an organotypic response to their environment? While we focused on 3D oxygen gradients in this study, we hope that our demonstration of using non-genetic disease factors will contribute to the application of organoid models beyond genetic disease models and to widening the view of 3D cell culture generally.

By the end of the study, I couldn’t help but think that this all worked because organoids are better biomimetic models because they’re 3D and multicellular just like in the body. 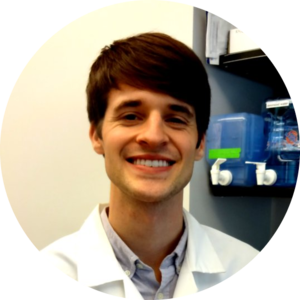