In this work, we explore new ways to use electroencephalography (EEG) during targeted transcutaneous nerve stimulation (TENS) to monitor neural activity during phantom hand activation, en route to designing a pain reaction system in prostheses.

Is it imaginable that a person wearing a prosthetic limb would be able to feel the sense of pain when striking smacking their arm against something rough or sharp? In an able-bodied person, the brain would almost immediately know about it, right? Would it be therefore possible to identify specific neuronal signatures in brain recordings from amputees and detect differences in neural activity between sensory stimulation that ranges from a light touch to a noxious tactile sensation in the phantom hand? Can we then imagine that these signatures could be used to develop a real-time pain reaction system in prostheses, mimicking the one controlled by the nervous system?

These are the questions we set out to answer in our recent article published in Scientific Reports. This work reports a proof-of-principle of this novel approach and a first attempt to analyze and classify neural activity when restoring sensory perception to amputees, which could chart a route ahead for designing a real-time pain reaction system in upper-limb prostheses.

Figure 1. System Overview. An upper-limb amputee wears a prosthesis equipped with an artificial skin capable of measuring pressure and object curvature. Tactile sensations in the phantom limb, from innocuous to noxious, based on detected pressures at the fingertips, are conveyed to the user’s residual limb through TENS. Brain responses are thereafter analyzed and decoded to understand the tactile sensory perception, including pain, and identify activated brain regions.

The focus of this research work, with lead authors Zied Tayeb, Rohit Bose, Andrei Dragomir, Luke E. Osborn, Nitish V. Thakor, and Gordon Cheng, is to use EEG recordings to identify and validate a spatio-temporal signature of brain activity during innocuous, moderately more intense, and noxious stimulation of an amputee’s phantom limb using TENS. Based on the extracted spatio-temporal EEG features, a system for detecting pain perception and reaction in the brain was developed. This system was able to successfully classify the three different stimulation conditions with a test accuracy of 94.66%. Along the same lines, the cortical activity in response to sensory stimuli in these conditions was investigated.

We found that the noxious stimulation activates the pre-motor cortex with the highest activation shown in the central cortex (Cz electrode) between 450 ms and 750 ms post-stimulation, whereas the highest activation for the moderately intense stimulation was found in the parietal lobe (P2, P4, and P6 electrodes). Additionally, by localizing cortical sources, an early strong activation of the anterior cingulate cortex (ACC) corresponding to the noxious stimulus condition was observed. Furthermore, activation of the posterior cingulate cortex (PCC) was observed during the noxious sensation.

Our approach paves the way for developing a system that can detect in real-time pain response in the amputee’s brain, which could be used to trigger a withdraw reaction in the prosthesis, not only to protect it from damaging stimuli but also to increase the amputee’s sense of ownership, and hence mimic the natural closed-loop control  in able-bodied subjects.

Aside from that, one more exciting aspect of this project is the amazing interdisciplinary team of researchers that have come together to help realize this common vision. The team includes research scientists from different Universities and research labs, such as Technical University of Munich, Johns Hopkins University, Applied Physics Laboratory, University of Houston, and National University of Singapore. This extraordinary team of scientists have been working together across disciplines to push the envelope of the burgeoning field of neuroengineering, and design disruptive technology for upper-limb prostheses.

We express our gratitude and appreciation to everyone who helped bring this work together and we do encourage interested people to read the full article and watch our demo video available below. 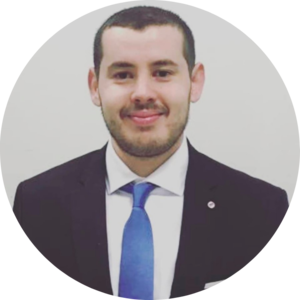