We created an essential gizmo of the "Benevolent Big Brother", to achieve Precision Health.

"Smart Toilet" has been traditionally referred to as a toilet system that focuses on the improvement of human ergonomics in a toileting event, such as seat-warming, adjustable water temperature, bottom cleansing with water, air dry, deodorizer. As digital healthcare systems develop, researchers now have turned their attention to healthcare through more non-invasive means such as in the restroom, a process that has become increasingly popular in the past few years, as demonstrated by recent articles mentioning our own or other competitor technologies currently in development:

1.     “Here's how smart toilets of the future could protect your health”: NBC News Link.

2.     "AI toilets will scan your poop to diagnose your ailments": CNET Interview Link.

However, ideas similar to the Smart Toilet for healthcare have been discussed for many years in the medical engineering community with few tangible outcomes to date. We believe that this failure in scientific innovation may be in part due to the “taboo” nature of  discussing human waste. The editorial by Nature Microbiology titled, “We need to talk about crapping,” not only strongly encourages the discussion of basic toilet and sanitation technologies, but also asserts that the lack of progress in the field is nothing short of an “embarrassment.” The time to act is now, especially given the rapid maturation of the Internet of Things (IoT), artificial intelligence, and digital healthcare system (especially telemedicine).

We hope that our design, construction and idea of the Precision Health Toilet (advanced Smart Toilet for healthcare) described in the manuscript is fascinating to the readers and may serve as the basis for further development and validation of this longitudinal healthcare technology.

Readers may have questions regarding our implementation of the system and potential scenarios of Precision Health Toilet usage. Below, we introduce a couple of examples from the communications (modified from the original communications) between our team and the anonymous reviewers of our manuscript.

1. What diseases can we detect with the current Precision Health Toilet system?

The current Precision Health Toilet system shown in this work is not yet a screening or diagnostic tool per se. Our work focuses on technological innovation/development and was not intended to be a full clinical trial of developed technologies at the current stage. Rather, the Precision Health Toilet with individual modules serves as the foundation of a tool for continuous monitoring of human excreta, which will feed data into models of human health for screening and diagnostics.

1) Benign prostatic hyperplasia (BPH) is a common disorder in which the prostate grows with age and often leads to lower urinary tract symptoms (LUTS) due to obstruction of the urethra by the prostatic tissues. 50% of men over age 50 have BPH, and half of those have symptoms attributable to BPH. Uroflowmetry (measurement of the flow rate of urine) is an essential tool in screening for bladder outlet obstruction that is commonly used in clinical decision making for managing BPH. This study is typically only available in urology specialty clinics. The Precision Health Toilet’s uroflowmetry module will provide better longitudinal evaluation of voiding dysfunction.

2) Irritable bowel syndrome (IBS) is the most common functional gastrointestinal (GI) disorder with worldwide prevalence rates of 10 to 15%. Its evaluation and management are based on subjective patient reporting of stool habits and quality. Objective classification by our Precision Health Toilet system can have a better assessment for managing the symptoms.

3) Urinary tract infections (UTIs) can be detected and monitored by the Precision Health Toilet system.

2. What if the toilet system’s sensors are soiled by human excretion?

The Precision Health Toilet’s sensors are positioned such that routine toileting events may cause minimal soiling or interference. Thus, we plan to integrate self-cleansing systems similar to those used by industrial counterparts (e.g., TOTO Ltd.) in which a water-spraying wand and another water-spraying system are used for genital and anal cleansing, and for its self-cleaning, respectively. Similarly, our Precision Health Toilet will employ a similar mechanism to ensure full functionality of each sensor embedded within it. We believe that this feature would be integrated during the advanced manufacturing stages of design, just before the blueprints/CAD files are finalized to be used for manufacturing at scale.

The Precision Health Toilet’s urinalysis and uroflowmetry modules are currently configured for a urine stream from a standing position. Urination from a seated position will have a different stream direction/location. We are currently developing technologies such as an extendable wand that can deploy the urinalysis strip toward the appropriate location of female urination or male urination in a seated position. An additional concern that has been raised is the application of the video-based uroflowmetry measurement to a seated user, which could potentially capture images of the user’s genitalia during measurement. We may instead integrate sono-uroflowmetry, which uses sound rather than optical signals to estimate the urine flow rate and volume. We anticipate many complicated/complex scenarios, which will need further consideration after our early stage of concept development.

4. How did you recruit research participants?

For the first 3 months of recruitment, we had very low numbers of participants for Precision Health Toilet testing (3 participants, with only one successfully completing the given task: defecation) as the recruitment was solely based on volunteers. It implies that participants regard their toileting events extremely private, thereby being reluctant to share or expose those events with our team despite the non-invasiveness and scientific/engineering interest of our study. To remedy this issue, we decided to financially compensate participants for their time and efforts ($20 per urination, $50 per defecation, and up to $300).

5. How did we come up with “analprint”? This is a very sensitive issue related to privacy, especially in case of female users where the RoI (region of interest) can mistakenly extend to the more sensitive area because of the different size of the users and different seating positions.

As we mentioned above, in spite of the taboo, we are trying to advance healthcare through our Precision Health Toilet system. The potential for using the human anus as a biometric identifier is not a new concept. The famous painter, Salvador Dalí (1904-1989), had already figured out that the anus has 35 or 37 creases, which are as unique as fingerprints. He was not able to account for the variation in numbers of creases, but noticed that it is unrelated to a person's background and social class. Indeed, the analprint of individuals is based on genetics. Thus, he found that identical twins had exactly the same pattern and number of creases. He conducted experiments to substantiate his claim, and “made the impressions of twins' behinds into candelabra.”

We understand the privacy concerns of our approach seriously from its inception. Our proof-of-concept study utilizes photo-imagery of a person’s anus, which may be non-traditional and unusual compared to fingerprints. We unconditionally ensure the security of all photos and private information of our users are enforced through end-to-end encrypted data transmission.

We have employed a template matching algorithm to determine the region of interest (anus), which once fully developed and validated, will be autonomous without any human interaction. The photo-imagery of a person’s anus will be encrypted by a hash function and stored on a secured device. In this way, even if a female user’s ROI is mistakenly extended to include genitalia, the resulting image is already encrypted and stored via a hash function and the reconstruction of such sensitive images is unrealistic. Another approach to minimize the users’ apprehension of the optical camera is to use a low-intensity laser scanner or infrared camera, which would not generate conventional photographic images.

We have also included conventional electronic fingerprint recognition as part of the biometrics, with the sensor located in the flush lever. However, some industry level Smart Toilets use automatic flush, and more toilets in the future will remove the flush lever on the toilet. Out of many biometric identification methods, we prioritized selecting metrics that do not interfere with human behavior. Unlike app-based or password-based identification metrics, the analprint identification metric provides person-specific features without interfering with normal human behavior.

Regarding the morphological stability of the anus over time, a few studies have already described automatic template update strategies for biometrics. Apple Inc. has announced that their Face ID technology automatically adapts to changes in appearance (https://support.apple.com/en-us/HT208108). If there are more significant changes in the appearance, Face ID confirms the identity by using the passcode before it updates the face data. Similarly, our biometric ID with a combination of fingerprint and analprint can also implement a similar method by constantly adapting and updating any changes in appearance. Furthermore, if a significant change in an anus’ morphology is observed, this may lead to disease detection, such as anal fissures or hemorrhoids using our camera-based approach.

Nonetheless, if user acceptance and privacy issues regarding the human anus as a biometric identifier arise, it can always be replaced by some other approaches including fingerprint. In this regard, we will conduct future surveys regarding the user acceptance of our developed technologies with broader coverage of diverse socioeconomic classes, cultural backgrounds, and geographic locations.

Finally, if readers want to see our big picture of the "Benevolent Big Brother", please take a look at our visionary perspective - "Toward achieving precision health", published in Science Translational Medicine. 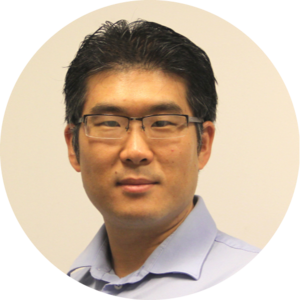 This is one of my all time favourite poster images. Fantastic work!

Thank you so much! We are currently developing an upgraded Smart Toilet system for cancer diagnosis and even COVID-19 detection!

Viral RNA is detectable for several weeks in stool samples during COVID-19 disease, although it looks like there may be no live virus, but certainly interetsing to explore!