We developed bionic 3D printed corals as a new tool for algal biotechnology and coral reef research. The coral-inspired photosynthetic biomaterials are fabricated via a rapid 3D bioprinting technique capable of mimicking functional and structural traits of the coral-algal symbiosis.

Microscopic photosynthesising algae are a very attractive source of biomass energy and much effort has been made to optimise biofuel production. A key challenge for making microalgal production commercially feasible is to improve the spatial efficiency at which algae can grow, because high cell densities lead to low photosynthetic efficiency as a result of self-shading. The development of photobioreactors that provide algae with artificial irradiation and regulate the flux of gases is a key approach to maximise algal photosynthesis. However, these systems are expensive and thus limit the scaling-up of bioenergy generation.

For my PhD research I studied the optical properties of corals and found that corals were surprisingly efficient at collecting and using light. I was wondering, could we learn from nature and develop coral-inspired photobioreactors for microalgal cultivation?

Nature has found simple ways to grow microalgae with high photosynthetic efficiency at high densities. On tropical coral reefs, microalgae are harboured within the animal tissue of corals as part of a natural symbiosis. The current design of the coral-algal symbiosis represents the result of an optimisation process that has taken place over millions of years in response to environmental drivers such as the competition for space and light. Corals are highly optimised photosynthesising systems that despite the high densities of algae have remarkable photosynthetic efficiency on a tissue systems level. This is largely because of the evolution of simple light scattering mechanisms within the coral tissue and skeleton and  niche adaptation of the microalgae to different cell layers in order to best suit the local physico-chemical microenvironment.

In this project, we applied a multidisciplinary framework that integrates concepts of aquatic microbial ecology and optics into the design of biologically inspired bioenergy generation. To create the living photosynthetic biomaterials, we used a rapid 3D bioprinting technique capable of reproducing detailed structures that mimic the complex designs and functions of living tissues. This method can print structures with micrometer-scale resolution in just minutes.

The coral-inspired structures were highly efficient at redistributing light, just like natural corals. We developed an artificial coral tissue and skeleton with a combination of different biopolymers doped with cellulose nanomaterials to mimic the optical properties of living corals.

We used the 3D printed coral structures as algal growth incubators and tested various types of microalgae from native coral strains (e.g. Symbiodinium sp.) to strains with commercial potential for bioenergy. Our results showed that we could achieve high cell densities, up to 100 times greater than in standard liquid growth mediums.

There are many different applications for our new technology from algal biotechnology to coral reef research. We hope that, in the future, our technique will be scalable so it can have a real impact on the algal biosector and ultimately reduce greenhouse gas emissions that are responsible for coral reef death."

In the future we are working on further developing the bioprinted corals both for algal bitoechnology and for coral reef research. We have recently created a startup called mantaz (mantaz.org) that uses low-cost coral-inspired light harvesting approaches to generate algal bioproducts in developing countries. Our research will focus on developing cheap, biodegradable materials for algal cultivation on the larger scale.

It is also exciting for us to use these 3D bioprinted corals as model system to study the coral-algal symbiosis. By copying the various structural, optical and mechanical properties of the natural animal host we can replicate the local microhabitat for the symbiotic algae. Hopefully, this will provide us with a better mechanistic understanding of the role of the physico-chemical microhabitat for shaping the interaction between corals and microalgae. Ultimately, this should give us a better insight into the mechanisms of coral degradation and how we can use cutting-edge technologies to restore this dying ecosystem. 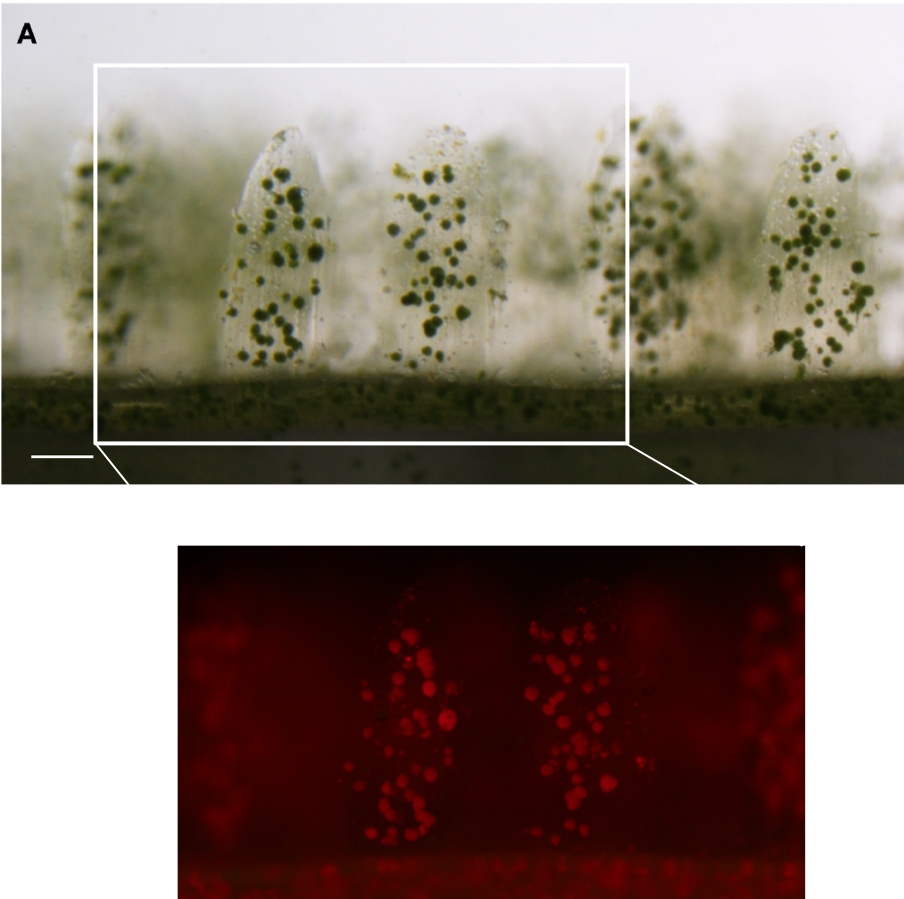 Acknowledgements:  Thanks to all co-authors of this multidisciplinary research combining  marine science, bioengineering, algal biotechnology, photonics and chemistry. Specifically, the Vignolini lab at Cambridge University, the Chen lab at UCSD Nanoengineering and the Deheyn lab at Scripps Institution of Oceanography. The study was funded by the European Union’s Horizon 2020 research and innovation programme (702911-BioMIC-FUEL), the European Research Council (ERC-2014-STG H20202 639088), the David Phillips Fellowship (BB/K014617/1), the National Institutes of Health (R21HD090662 and R01EB021857), the National Science Foundation (1644967), the Carlsberg Foundation and the Villum Foundation (00023073). 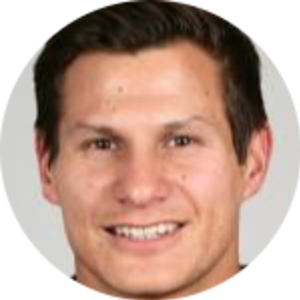