Protein therapeutics are highly effective medicines, but challenges can arise during development and manufacturing which can lead to aggregation and loss of activity. We have developed a platform to identify aggregation-prone sequences and to evolve proteins with enhanced biophysical properties.

Protein aggregation underlies more than 50 human diseases including neurodegenerative disorders such as Alzheimer’s and Parkinson's disease. A major goal of the research undertaken in our lab is to understand how proteins fold and what causes them to misfold. However, more recently we have started to apply this knowledge to protein-based biopharmaceuticals.

Antibody therapeutics exploit the ability of proteins to bind ligands with high affinity and specificity but suffer from the need to maintain their folded structures that are usually only marginally stable. During biopharmaceutical manufacturing, proteins are subjected to various environments and stresses that may increase the risk of protein misfolding and aggregation, which compromises the quality, stability, and ultimately safety of a drug product. As a consequence, preventing protein aggregation during development, storage, transportation, and patient administration is imperative.

In collaboration with AstraZeneca we have previously researched how hydrodynamic forces cause monoclonal antibodies (mAbs) to unfold and we have developed a device to assess manufacturability and process optimisation1,2. Alongside this collaboration we set to develop a system to screen for biopharmaceutical aggregation based solely on the innate aggregation of the protein determined by the primary amino acid sequence.

One of the challenges to screen for aggregation is that it is caused by a variety of mechanisms via the unfolded, non-native, or even the native state itself. Despite the impressive arsenal of techniques employed by industry during lead isolation and optimisation, biologic developability remains a significant obstacle to the delivery of drug candidates to the clinic.

To address this issue, we applied an in vivo system that we previously developed for screening small molecule inhibitors of amyloid formation3. The system utilises the E. coli TEM-1 β-lactamase as a folding reporter by fusing the protein of interest (POI) between two domains of β-lactamase (Figure 1). This links the innate ability of a protein to aggregate to a phenotypic readout of E. coli antibiotic sensitivity4. Here, we have translated the use of the assay to investigate the effects of mutations on the aggregation propensity of protein therapeutics.

Figure 1 Tripartite β-lactamase screen for aggregation. The protein of interest is inserted between two domains of TEM-1 β-lactamase separated by a Gly/Ser linker. Correct folding of the POI brings together the two domains, providing the bacteria with antibiotic resistance. If the POI aggregates, the activity of β-lactamase is reduced, and bacteria become sensitive to β-lactam antibiotics.

Using scFv fragments of aggregation-prone and –resistant IgG therapeutic  antibodies , we showed that the extent of in vivo aggregation of the β-lactamase tripartite fusion constructs correlates strikingly with the aggregation propensity of the full length IgGs in vitro. These results open up the possibility of screening a multitude of lead candidates early in development and their mutational variants without the requirement for purified protein.

We next sought to use this system as a directed evolution platform to engineer aggregation resistant proteins following candidate selection and to understand the molecular determinants of proteins involved in protein folding diseases. To do this, we screened a mutant scFv library at antibiotic concentrations at which bacteria expressing wild type protein were not viable. Sequence analysis of bacteria grown under this selective pressure revealed a mutational frequency profile allowing rapid identification of problematic aggregation hotspots. Repeating this process on two other immunoglobulin scaffolds showed this process generated a protein-specific profile of residues that might contribute to aggregation. Moreover, individual sequences that were selected for purification and biophysical analysis and were shown to rectify the original problem of the test mAbs i.e. self-association or solubility.

This was a brilliant project to be involved with as it was a fruitful collaboration with fellow scientists at AstraZeneca. Janet originally developed the assay for small molecule screening during her PhD and postdoc at Leeds, before moving to work for AstraZeneca. Together, we developed this assay for the use with biopharmaceuticals and as an evolution platform at Leeds. Following the promising results in vivo, I visited AstraZeneca in Cambridge to study the evolved IgGs in vitro, where we had support from a number of colleagues with expertise in characterising the biophysical properties of IgGs.

In brief, this platform presents a powerful tool for the rapid analysis of mutational effects within therapeutically relevant candidate biologics upstream of protein production and development. The system can be used to take problematic sequences and identify the residue specific hotspots of aggregation and evolve ‘manufacturable’ biopharmaceuticals early in industrial development.

Read the paper here: An in vivo platform to select and evolve aggregation-resistant proteins 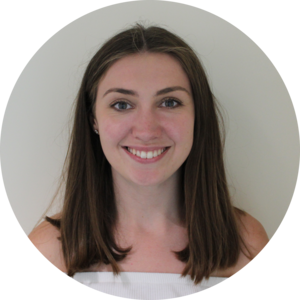