Cleaning up the CHO cell

Like many other scientific breakthroughs, the discovery of Chinese hamster ovary (CHO) cell lines as an efficient production organism for recombinant proteins has had a serendipitous origin. The original gray hamsters were smuggled out of China by the American physician Dr. Robert Briggs Watson under circumstances befitting an adventure novel, and excerpts from his diary make for excellent bedtime reading. Years later, after establishing colonies of Chinese hamsters in the United States, a single female hamster was sent to Dr. Theodore Puck who was interested in studying its compact genome. He isolated the ovary tissue from which the original CHO-K1 cell line was derived. The convoluted history of CHO cell lineage that followed thereafter is explored in an excellent review written by another pioneer in the field, Dr. Florian M. Wurm1. Today, CHO cell lines are the primary workhorse in biopharmaceutical protein production as more than 70% of all protein biopharmaceuticals and 84% of monoclonal antibody (mAb) products are produced in these cells2. For instance, the blockbuster cancer drug Rituximab and well-known Erythropoietin (EPO) are produced in CHO cells.

In 2012, the Center for Biosustainability at the Danish Technical University (DTU) received a grant from the Novo Nordisk Foundation covering genome-scale research and scientific development of CHO cells. The first publicly accessible genome sequence published in 2011 and the advent of CRISPR-cas mediated gene editing provided a unique opportunity to combine synthetic and systems biology to rationally engineer CHO cells for biopharmaceutical production. A close partnership between the newly created CHO Cell Line Engineering & Design section and the translational CHO Core Unit at DTU was established to provide academic impetus and the means to commercialize scientific findings around CHO cells. This consortium was further strengthened by the incorporation of the In Silico Engineering of Glycosylation and Protein Quality section, led by Prof. Nathan Lewis at the University of California, San Diego. This was an unprecedented and ambitious project and expectations were therefore high.

After developing and adapting genomic engineering tools for use in CHO cells3, we quickly made considerable advances in the engineering of glycosylation4,5 and metabolic pathways6. In early brainstorming sessions, it was suggested to use high-throughput cell engineering to remove CHO host cell proteins (HCPs). These can be problematic if they pose a significant metabolic demand, degrade product quality, or are maintained throughout downstream purification. The bulk of HCPs in cell culture supernatants come from cell lysis, providing a good reason to maintain cell viability at high levels. Others, like proteases or growth factors, are actively secreted from the cell. We hypothesized that through many rounds of multiplex CRISPR-Cas mediated gene disruption, we could decrease HCP levels in a stepwise fashion. At this point, we did not expect to make a large impact on HCP secretion considering that there are thousands of individual HCPs that have been previously identified7.

Nevertheless, we were encouraged by previous computational work performed by Dr. Jahir Gutierrez, a former PhD student at UC San Diego. They developed a computational model that could quantify the metabolic cost of producing each and all of the proteins in the CHO secretome8. Their predictions showed that a relatively small number of secreted proteins account for the majority of the bioenergetic cost and usage of the secretory pathway. This suggests that our stepwise approach had the potential to free up a non-negligible amount of cellular resources and secretory capacity. We then identified knockout targets based on three criteria: (i) protein abundance in CHO supernatants as analyzed by mass spectrometry, (ii) difficulty to remove as an impurity in downstream processing, and (iii) potential to adversely affect product quality. The targets that we had selected were verified by the computational model to be proteins that, on average, exerted a greater cost to the cell and that their deletion would lead to a higher amount of energy liberated than a comparable number of randomly selected proteins (Figure 2A).

Figure 2. A The selected targets exert a greater cost to the cell and B HCP content is decreased strongly in the knockout cell lines.

Back at the lab bench, we analyzed the HCP content of 6-protein, 11-protein, and 14-protein knockout clones9. Much to our surprise, the first HCP ELISA assays revealed a strong reduction in HCP content of up to 70%. As this phenotype could be commercially interesting, a patent based on part of these observations was promptly filed. Realizing that there would also be considerable academic interest, we decided to perform an in-depth characterization of these cell lines. Bioprocess expert Dr. Daniel Ley cultivated the knockouts under fed-batch conditions and we found improvements in mAb productivity and growth characteristics. The HCP-reduced phenotype was retained under these controlled cultivation conditions (Figure 2B). The fact that we were able to isolate clones that produce large quantities of mAb supports the possible industrial application of these cell lines. A number of control experiments ruled out the possibility that the observed phenotype was caused by clonal variation or by the method by which the knockouts were created. We illustrate the dramatic increase in product purity by calculating the ratio of mAb versus HCP content in the cell supernatant. Although quite different in its approach, a recent study by Bojar et al.10 achieved similar results by downregulating non-product related protein expression during production. Our work demonstrates that knowledge-based decisions through omics analysis can support approaches to increase purity of protein biopharmaceuticals.

In the production of a mAb, protein A affinity capture is often employed as a generic first chromatographic step, followed by a number of orthogonal polishing steps (ion exchange, hydrophobic interaction, and/or mixed mode chromatography). We performed a representative downstream purification and found a strong reduction in HCP content throughout the process and decreased HCP content in the final product. The purified mAb was bioactive and indistinguishable in glycosylation structure from a mAb produced in a wild-type CHO cell line. The decreased HCP content during mAb purification can alleviate bottlenecks in downstream processing. It even opens up the possibility that one or more chromatography steps can be omitted from the mAb purification process, with the ultimate goal of dispensing with the expensive Protein A capture step.

We demonstrated that superior CHO production cell lines can be produced by eliminating specific HCPs. These knockouts can be combined with additional advantageous genetic modifications, such as the production of glycoengineered proteins, higher viability during long culture times, viral resistance or elimination, and/or clones with higher protein production stability. Bespoke engineering of recombinant protein production will lead to full control over critical process parameters. We envisage the creation of a “clean” CHO production host.

This was an inspiring project to work on due to its interdisciplinary and collaborative nature. Although I was no longer part of the CHO cell engineering group for part of this project, I kept up the work as I believed that this study exemplifies and underlines the uniqueness of the consortium. I still keep myself informed of their progress and look forward to further ground-breaking discoveries and technologies that emerge from the innovative collaborations.

I would like to thank Fabienne Benz, Nathan E. Lewis, and Jahir M. Gutierrez for providing feedback while writing this blog. 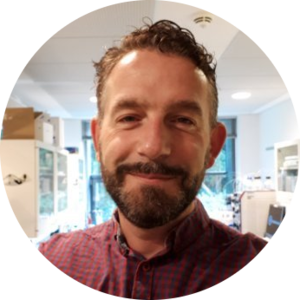 I am a protein biochemist with an interest in cell engineering. I have gotten my PhD from the University of Groningen after which I moved to Copenhagen to work at KU and DTU. I now work at a startup company called CHRETO.
Follow