Rapid, accurate, quantification of tRNA fragments in blood could allow people living with epilepsy to predict the likelihood of a seizure occurring.

Marion: transfer RNAs are non-coding RNAs with an essential role in protein translation where they bring amino acids to the ribosome to be added to the newly synthesised protein, however recently tRNAs have been shown to be cleaved in response to cellular stress. The resulting tRNA fragments are stable, detectable in biofluids, and may act as signalling molecules. We recently identified three tRNA fragments in plasma, that were elevated in advance of seizures in people with epilepsy (Hogg et al., 2019). This discovery raises the possibility that there may be an RNA signature in blood that could predict the likelihood of a seizure occurring. A seizure prediction biomarker could have a significant impact on the way people with epilepsy live their lives, allowing them to prepare in advance of a seizure occurring. It could also revolutionise the way epilepsies are treated, with the potential to reduce or eliminate long-term medications in favour of short acting anti-epileptic drugs that could be taken when a seizure is imminent. Our previous tRNA fragment quantification method was based on qPCR analysis of purified RNA, which requires laboratory equipment and has significant turn-around times meaning it is of little use to patients. Therefore, for our discovery to be of benefit to people with epilepsy we require a portable, point-of-care, tRNA fragment quantification device.

Hazel: When we heard about the discovery of tRNA fragments as predictors of seizure likelihood, we believed that our sensing technology could be used to develop a direct detection method for quantifying tRNA fragments. Previously we developed the TORNADO device for quantifying miRNA-134 in plasma from people with epilepsy with attomolar limits of detection (McArdle et al., 2017), and further investigated miRNAs associated with other diseases, such as neuroblastoma, and Alzheimer’s disease. To detect tRNA fragments a similar approach was taken. Briefly, a sandwich assay was formed on an electrode surface, to capture the target tRNA fragment (Figure 1A). An electrocatalytic platinum nanoparticle was brought to the surface of the electrode via complementary nucleic acid hybridisation. A constant potential was applied to the electrode and the resulting current was measured before and after the addition of hydrogen peroxide. This change in current directly corresponds to the concentration of target nucleic acid on the electrode, as the platinum nanoparticles can only be brought to the electrode via complementary hybridisation of the target. Our detection method demonstrated linear responses over nine orders of magnitude with sub-attomolar limits of detection (Figure 1B) and naturally occurring mismatched targets showed a significantly reduced response indicating our system was specific for the tRNA fragments of interest. Further, these results correlate to northern blot and qPCR data for plasma samples from people with epilepsy.

Future plans: Currently this method is time consuming and requires benchtop apparatus. However, we envision integrating this sensor into a portable, point-of-care device that could be used at home (Figure 2). Previously we have incorporated our sensors into a centrifugal microfluidic device, which is capable of detecting the target in approximately 1.5 hours. For tRNA fragment quantification we envisage a similar device, however the challenge will be to miniaturise the device further so as only a finger prick of blood is required, whilst maintaining sufficient amount of tRNA fragments in the sample to allow accurate quantification. Additionally, we aim to reduce the assay time to under 15 minutes by reducing the diffusion distances and therefore accelerating the hybridisation kinetics.  By doing this and fine tuning the spin speed, the flow of blood and other fluids over the sensor can be easily controlled. We would also design the device to be able to detect the three tRNA fragment strands simultaneously, allowing for an even more accurate result.

We believe that a device such as this could transform the daily lives of epilepsy patients; knowing if a seizure is imminent would allow people with epilepsy to plan their lives accordingly, avoiding potentially harmful situations and taking fast acting anti-epileptic medications to avert seizures. 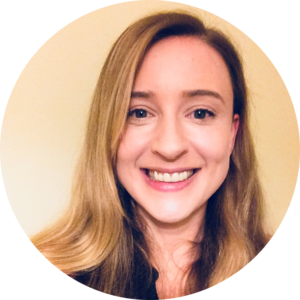