Breaking the trade-off between quantity and depth

Time travel is a recurrent theme in science fiction stories, and most of us have probably had a daydream or two about what it would like to be transported to another era. One recurring idea that seems to pop up when chatting at meetings with other scientists working with genome editing technologies is how mind blowing they would be to the researchers of yore. Would a 60s geneticist believe you if you told them that the two non-hereditary molecules of the central dogma could gang up to mutate DNA in a programmable manner? Or that you could now study the effect of all possible amino acid substitution on the function of a protein in a single experiment?

These ideas that once might have been thought experiments only have now become an important part of the bio-engineering toolkit. CRISPR-Cas9 genome editing and Deep Mutational Scanning (DMS) have changed the way we see genetics and proteomics. Genome-wide CRISPR-Cas9 loss of function screens have made it possible to study the contribution of most individual genes to a process in a single experiment. On the other hand, DMS studies have allowed us to obtain extremely detailed data on the mutational landscapes of individual proteins, one locus at a time.

This one for all, all for one trade-off limits our ability to perform many by many experiments, where we could study the effect of many perturbations on many targets in the same test tube. In our recent manuscript, we tackled this problem using the Target-AID base editor (Nishida et al 2016) to systematically mutate residues in yeast essential genes and then measured the effects of these mutations on cell growth. We started from some of our previous work where we developed a co-selection approach to greatly enhance the efficiency of Target-AID in yeast (Despres et al 2018). These experiments as well as the original Target-AID manuscript gave us the information we needed to develop a simple model to predict the most likely editing outcomes for a gRNA, which we validated experimentally.

From there, we performed a large screen similar to a genome-wide CRISPR-Cas9 loss of function study, but using the Target-AID base editor instead. By looking for gRNAs significantly depleted by the end of the experiment, we identified over 700 sites where mutations appeared to be deleterious. We confirmed some of them using classical genetics, and also found these mutations to be enriched for deleterious effects according to two mutation effect prediction resources, Mutfunc (Wagih et al 2018) and Envision (Gray et al 2018). Not many large-scale studies using base editing have been performed yet, so we also used our data to investigate what gRNA properties could influence mutagenesis efficiency.

All in all, our results show that base editing to be a useful addition to the yeast systems biology toolkit. The vectors we used to build our library are available both from Addgene and from Molecular Cloud, so don’t hesitate to try them out. The base editing field is in constant motion, and we are looking forward to the amazing developments that are sure to occur in the next few years! 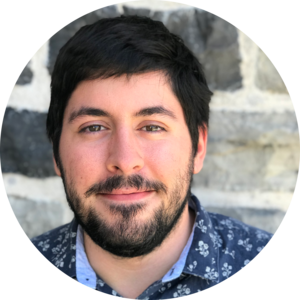