I joined in Professor Ma’s lab when I was a postgraduate student in Tsinghua University Shenzhen International Graduate School (SIGS). Our lab aims to develop multidisciplinary engineering techniques to tackle unresolved clinical and pharmaceutical problems, mainly focusing on organoid and stem cell engineering. Specifically, our lab has been committed to expanding the application of microfluidics-based live microspheres for long time. We innovated first the cascade tubing microfluidics, and demonstrated successful application of the technique itself and formulated products, including automated organoid fabrication1, severe uterine damage repair2 and liver regeneration3, and 3D directional tissue printing4.

Stem cell therapy is becoming a prevalent and promising technology in regenerative medicine. However, there are many unresolved problems toward clinical translation. Low retention rates of transplanted cells and poor long-term survival are among the top challenges5,6. That’s the main reason for us to develop the first gel microbeads-based printing for live cells with high-throughput capacity (Figure 1).

Stem cells are expensive raw materials and limited with scalable cell availability, especially for autologous transplantation. Therefore, how to maximize stem cell usage with limited availability poses a significant challenge in this study. We are inspired from the idea of “biocenological effect” occasionally. Different densities of living species within one biological system would influence the balance of the living system, lower or higher densities may lead to the extinction of the system. Therefore, we investigated the effect of different stem cell loading densities on stem cell growth and finally obtained the optimal cell density with identical cell numbers in the initial stage (Figure 2).

We are also quite interested in the therapeutic effects of stem cell reagents developed in this study, including cell proliferation, migration, and extracellular vesicles production. Compared with other cell densities or bulky configuration with a same cell density, our high cell density microgels outperformed in the therapeutic effects and achieved the optimal promotion of cell activity (Figure 2). We also explored the influence of different scaffolding materials on cell activity, including gelatin and GelMA, that are widely used in 3D bioprinting and tissue regeneration; hyaluronic acid, that are already adopted in clinical trials, and Matrigel, which is the dominant materials used in organoid generation. Among these materials, we found Matrigel was superior in promoting cell growth and augmenting cell therapeutic function. Then we selected Matrigel as the scaffolding material within the whole study. However, though the cytocompatibility of Matrigel is favorable, the clinical promise is limited due to its tumor-derived, ill-defined, variable composition and low availability for scale-up uses7,8. Last year, our lab received the MERCK RSEARCH GRANT 2021 to develop new materials as replacement of Matrigel. We expect that new synthetic alternatives to Matrigel will be developed in the near future and our printer is ready for clinical and pharmaceutical translations.

Then we tested the damaged tissue regeneration ability using the bead-jet printer, including volumetric muscle loss and wound healing in mice. The Matrigel high stem cell-density group regenerated the most abundant skeletal muscle featured with high-density aligned muscle fibers (Figure 3) with increased expression of vascularization and neural integration, and reduced expression of immunomodulatory effects. We were also eager to uncover the mystery of potential working mechanism of stem cells during tissue regeneration. Stem cells were tracked in vivo by labeling fluorescent cell membrane dye prior to implantation. Tissue samples were taken out from the animal, then cryosectioned and observed in confocal microscope. The morphology of cells was clear to observe, thus providing intuitive evidence for us to discover the potential role of stem cells during regeneration. By tracking the retention, growth and distribution of stem cells in regenerated muscle tissues, it suggested that the transplanted stem cells may first proliferate within 1 week in the initial stage, followed by differentiation from the 3rd week and onward in the later stage (Figure 4). In the initial stage, the proliferative MSCs and endogenous cells, e.g., muscle resident cells, might both contribute to the neo-tissue growth (Figure 3). In the later stage, the high cell density stem cells with high cell retention differentiate toward skeletal myofibers and accelerate muscle regeneration.

We also investigated the changes in stem cell morphology during skin wound healing and function regeneration by adopting similar methods used in muscle regeneration. Surprisingly, only at 1-week post-implantation, there appeared hair-follicle like structures in the high cell density stem cells microgels group, but not in other groups (Figure 5). It provided further evidence that stem cells may regenerate tissue through differentiation. We were extremely excited when seeing the result. Our high cell-density stem cells microgels group may become an effective tool in the future for generating human hair follicles, that perplex million of people all over the world.

Finally, I would like to introduce again the first gel microbeads-based printing for live cells with high-throughput capacity. The bead-jet printer is capable of printing multiple types of homogeneous or heterogeneous patterns, is compatible with a range of biomaterials with various mechanical properties, and is robust in promoting damaged tissue regeneration in different types of tissues. Recently, we are also working closely with hospitals in China to begin the clinical transformation of our bead-jet printer. We envision that the bead-jet printer can contribute to advanced stem cell therapy, reduce the pain of patients and help injured people to gain back their normal life. 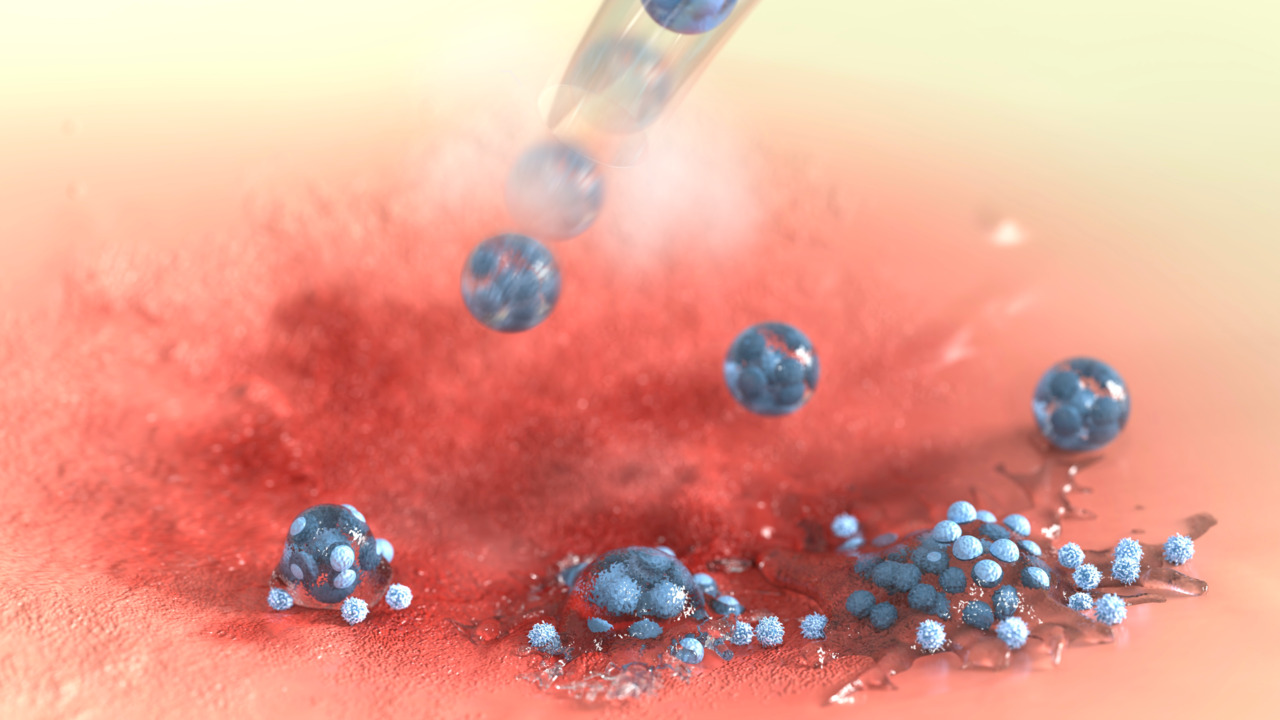