Genetic research relies on the controlled mating to track inheritance of specific genes, in which both female and male parental genotypes are selected to generate the specific progeny. The Drosophila melanogaster fruit fly and other insect species became powerful models for basic and applied genetic research due to their short life cycle and experimental tractability. However, the female ability of many insect species to store the sperm from the first mating for fertilizing eggs later in the lifetime complicates the job of insect geneticists. Special care must be taken to separate female insects before they mate. Insect sex-sorting is done during a narrow time window when newly emerged insects cannot mate due to soft chitin of their exoskeleton. Researchers must frequently check the growth of insect stocks to collect female virgins making the sex-sorting a limiting factor in insect-based genetic studies.

An efficient sex-sorting is also required for insect population control. Many biological methods for insect population suppression are based on releases of sterile males into wild populations where they compete, court, and mate with wildtype females generating no viable progeny. Repeated releases of large numbers of sterile males result in suppression of a targeted species population. Female removal prior to the male release improves the efficiency of population suppression. Furthermore, since often only insect females bite and transmit pathogens, a reliable sex-soring method that ensures female elimination prior to release is highly desirable for the deployment of these methods, especially for mosquito control.

Over the years, a diverse array of genetic sex separation (GSS) approaches have been developed to improve sex-sorting in several insect species. Some GSS approaches expedite sex separation by using transgenic insects carrying fluorescent markers either genetically linked to sex chromosomes or with sex-specific expression that enable sorting. The other GSS approaches authomate insect sex-sorting by establishing a negative selection against one or the other sex using conditional sex-specific lethal transgenes that are repressed by continuous tetracycline feeding (a Tet-Off system) or activated by heat treatments or by other means. Nevertheless, with few species-specific exceptions (1,2), insect sex-sorting is still time consuming, labor intense, error prone, and species-dependent process (3).

We recently described a positive drug-inducible GSS approach and demonstrated its proof-of-principle in Drosophila melanogaster (4). To establish the positive selection for a specific sex, we engineered the sex-specific expression of two common antibiotic-resistance genes (NeoR and PuroR) by incorporating sex-specific introns (traF and dsxM) disrupting the genes’ coding sequences.

As a result, the Drosophila sex-sorter transgenic line constitutively expresses NeoR protein in females and PuroR protein in males. In the absence of sex selection, the sex-sorter line is maintained on a normal food. When insects of a particular sex are desired, the transgenic flies are raised on food supplemented with either geneticin to produce 100% females or puromycin to generate 100% males. 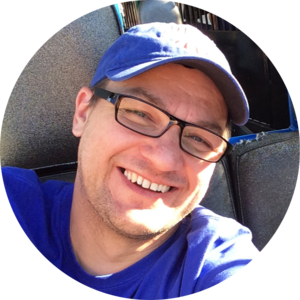