The research we present is really a culmination of decades of research within our group. We have long been interested in resistance to fungal rusts in major crops like wheat. As a group, and with our collaborators, we have actively cloned plant rust resistance genes for many years, initially in “model” species like flax and maize but subsequently in wheat. Wheat was for many years considered too difficult given its large complex polyploid genome and, then, lack of genomic resources and efficient plant transformation. However, as time progressed wheat resources and marker technologies improved ultimately leading to the isolation of Sr55 the first adult plant wheat resistance gene to be isolated and then Sr33 the (co)first wheat seedling stem rust resistance gene. Both genes were isolated by the long, tedious process of map-based cloning. A revolution in wheat resistance gene cloning was then developed, led by our collaborators at the John Innes Centre (JIC), in a process called MutRenSeq. This led to a rapid expansion in isolated wheat resistance genes and provided the ammunition we needed to develop resistance gene stacks. 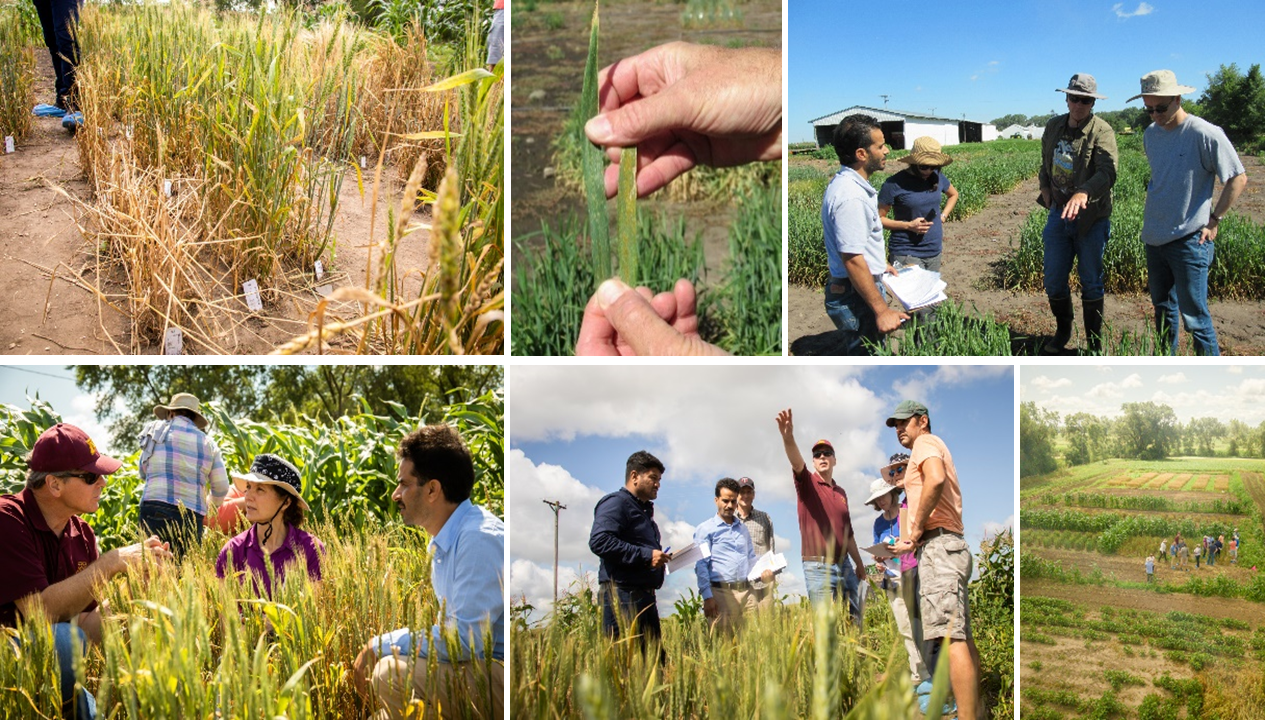 Field trials in Minnesota
Stacking of genes for broad-spectrum and durable disease resistance had long been considered a highly desirable approach to control rapidly evolving plant diseases. Financial support from the visionary 2Blades Foundation along with the expertise of our excellent collaborators at Minnesota, JIC and the Global Rust Reference Centre at Aarhus University allowed us to undertake the experiments. However, two essential pieces were still missing. The first was access to a highly efficient Agrobacterium-based wheat transformation system. This was developed by Japan Tobacco and our group quickly capitalised upon it. The second was a way to get these large genes together into a single construct, which we managed by developing a novel cloning strategy. Whether such a large insert could be successfully introduced into wheat at a single locus was unknown but fortunately we were successful, largely due to high efficiency transformation. What the upper size limit is we still don’t know yet but are now trying even larger constructs.

The next hurdle was to show each gene at the locus was functional - not so easy as most rust isolates are recognised by multiple genes in the stack. Fortunately, two wheat stem rust avirulence genes were isolated at this time, one by our group, that were recognised by two R genes in our stack which enabled us to show that these two genes functioned. A very mixed blessing (?) then appeared - a new stem rust race in Europe that had overcome three of the resistance genes in our stack. While this enabled us to show that the fourth seedling resistance gene was functional, which was very valuable, it was also a bit disappointing as this race had diminished the value of our gene stack!

Rust testing at the Global Rust Reference Centre at Aarhus University
However, we are now generating more R gene stack lines using a new assortment of genes that are effective against this new isolate. We hope to combine our current 5 gene stack with a second 5 gene stack to really make it a challenge for the ever evolving rust pathogen to overcome resistance. These new gene stacking approaches will greatly complement ongoing efforts for crop protection to cereal rust diseases.

Genestackers in the lab, CSIRO