An application of the CRISPR/Cas9 technology to combat malaria

The power and precision of CRISPR/Cas9 genome editing tools, recently emphasized by the awarding of the Nobel prize in Chemistry to the researchers pioneering its discovery, has revolutionized the fight against malaria by bolstering the use of control strategies based on genetically modified mosquitoes. Mosquito populations can now be reliably modified using 1) antimalarial molecules that block parasite development and 2) a CRISPR-based gene drive system that mediates their rapid spreading across the vector population.

Researchers at the University of California (UC) Irvine and San Diego pioneered the development of mosquito population modification systems by creating the first CRISPR-based gene drive for making mosquito vectors resistant to transmitting the malaria parasites to humans. This 1st-generation gene drive element1 was transmitted very efficiently in males but showed reduced transmission in females. This was due to the creation of drive-resistant chromosomes which interfered with the gene-drive element copying process, which in principle could allow those resistant females to continue to transmit malaria parasites.

In this new work published in Nature Communications (https://rdcu.be/b9EtE)2, our team comprising colleagues from the UC Irvine, UC San Diego, UC Berkeley and the TATA Institute for Genetics and Society sought out to circumvent the issue of drive resistance in females. Our 2nd-generation gene drive targets (and disrupts) a mosquito gene that is essential for survival and reproduction in females and is also involved in determining mosquito eye color (typically black). Importantly, the drive element is also equipped with a recoded functional copy of the disrupted target gene which leads to the elimination of females that lack the drive and that carry two copies of the drive-resistant gene due to their impaired survival and reproduction.

We show that the system is robust in spreading through caged mosquito populations quickly (in as little as 5 generations, i.e. ~15 weeks) and in maintaining the drive over multiple generations, while individuals carrying resistant chromosomes are lost over time. This signifies the successful mitigation of the effects of resistance alleles created in females.

Our work represents a major advance in the use of genetic technologies to control the transmission of malaria parasites. Importantly, this strategy of inserting a gene-drive into an essential gene and rescuing the function with a recoded copy is applicable to other mosquito species as well as other disease vectors, therefore providing an important general solution to the drive-resistance in females.

Research support was provided by the Tata Institute for Genetics and Society (TIGS), the UC Irvine Malaria Initiative, the National Institutes of Health (NIH), and the DARPA Safe Genes Program. 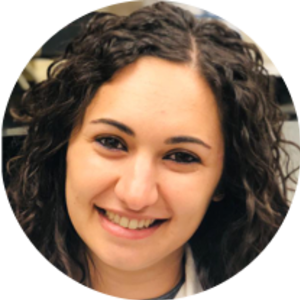