Kidney failure has become a most critical public health problem in the world. More than 5000 cases per million people per year suffer acute kidney injury (AKI) around the world.1 Additionally, the prevalence of chronic kidney failure (CKF) is now as high as 200 cases per million per year in many countries.2 Once kidney failure processes into end-stage renal disease, patients need to receive invasive dialysis to remove nitrogenous wastes from the blood.3 Considering the dangers and associated costs, we committed to finding a non-invasive way to eliminate nitrogen toxins accumulated during renal failure.

The intestinal mucosa is the largest mucosa in humans, and its surface area is about 115 times that of the peritoneum. Additionally, there are frequent material exchanges between the abdominal cavity and the blood.4 Considering these two points, we anticipate that metabolic regulation in the intestine may remove nitrogenous waste from the blood.

In our most recent study in Nature Biomedical Engineering, we develop an orally delivered bacterial cocktail that can metabolize blood nitrogenous wastes before they diffuse through the intestinal mucosal barrier. First, three strains of bacteria in combination are isolated from faecal microbiota, which can metabolize urea and creatinine into amino acids to degrade nitrogenous wastes. Then, we encapsulated these bacteria in a hydrogel microsphere through microfluidic technology and in situ polymerization. This design controls the colocalization of bacteria and selectively regulates the substance exchange. Importantly, we demonstrated non-invasive treatment in clearing nitrogenous wastes in murine AKI, murine CKF, and porcine kidney failure models. Unlike peritoneal dialysis, which often causes severe peritonitis, we did not find any obvious adverse effects in the entire pre-clinical study. 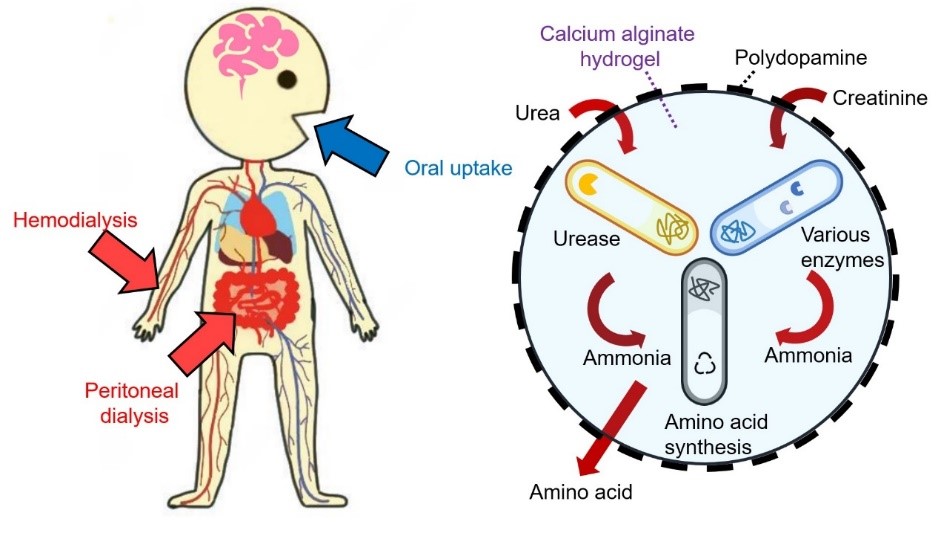 Despite the success of preliminary experiment, this research still needs further improvement in the future.
• Nitrogenous wastes generated during kidney failure include not only urea and creatinine but also molecules such as trimethylamine oxide and indole derivatives. Types of compounds that can be degraded by this artificial system need to be further expanded.
• Most of the digestive tract is hypoxic.5 It will be challenging to develop an improved strategy that is effective in both aerobic and anaerobic environments.
• Kidney failure often requires years of long-term treatment. The long-term toxicity and reproductive toxicity of this microbial cocktail should be evaluated.
After solving above problems, our technology potentially enables an orally delivered microbial cocktail for treating kidney failure with commercial and clinical viability. 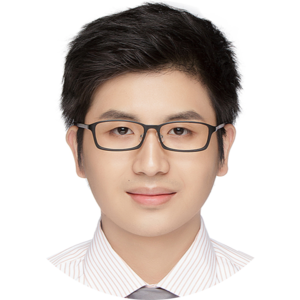