Using droplet technology, we capture individual antibody producing cells, recombinantly re-create the entire repertoire of the natural antibody response, we can also enrich for antibodies that target infectious pathogens, or engineer the antibody to activate or suppress cell mediated immunity.

When I first learned about GigaGen’s SurgeTM antibody discovery platform from CEO David Johnson, I was astounded. I never imagined that a microfluidic droplet system could capture the genetic material of an entire antibody response, which could then be manufactured in cells and used as a drug to prevent and treat infection. After spending years researching how our immune system fights infection and how to induce protective immune responses in case of an infection, reproducing an entire polyclonal antibody response in a laboratory sounded like an amazing achievement. It would be incredibly beneficial to use this technology to create a large panel of pathogen-specific, polyclonal cell lines that can be rapidly scaled to treat infected individuals during a pandemic just like the one we are facing now.

Passive immunization is something we initially receive from our mothers soon after birth to protect us long enough for our immune systems to develop self-sufficiency. In the 20th century, plasma-derived antibody products (e.g., Intravenous Immunoglobulin, IVIg) became a mainstay for people with debilitating immune deficiencies who were not able to make antibodies of their own. It all began with Shibasaburo Kitasato (1852-1931) and Emil von Behring (1854-1917) who found that injecting guinea pigs with tetanus or diphtheria toxoid not only protected the animals from infection, but the transferred plasma could also protect other animals from infectious challenges. Similarly, human plasma-derived antibodies elicited after infection or immunization could be transferred to protect or treat people who do not have sufficient immunity. Since human immune responses have evolved to generate optimal responses against pathogens, wouldn’t a recombinant drug mimicking that natural response be an ideal first line of defense? This would not only block infection, but when used after exposure, it may also act as a vaccine to kick the adaptive immune response into action.

All plasma-derived or recombinant antibody therapeutics are limited by the dance between the immune response and the pathogen: how many pathogen-specific antibodies are present in the mix, how fast the pathogen can replicate, and how quickly the pathogen can change to evade the antibodies in circulation. Plasma-derived drugs, even plasma hyperimmunes, can lack the concentration of antibodies necessary to achieve pathogen neutralization. This can be remedied by providing a high-titered single or cocktail of monoclonal antibodies against a target. However, as viruses are known to be evolutionarily fast-moving, they quickly mutate to avoid the focused, single-target antibody attack, as we have repeatedly seen in SARS-CoV-2. A highly diverse, recombinant polyclonal hyperimmune antibody drug, like the one we have created at GigaGen that targets SARS-CoV-2 (GIGA-2050), provides a highly concentrated, pathogen-specific infusion of antibodies to neutralize targets, clear virus, and reduce the likelihood of viral evasion.

Over the past year, the world has learned that fast intervention can make a huge impact in changing the trajectory of transmission during a pandemic. Using GigaGen’s recombinant technologies, we now have the ability to develop diverse antibody producing cell lines against scores of problematic viruses and bacteria long before they become a widespread concern. These cell lines can be stored in freezers yet quickly moved into large-scale manufacturing to generate life-saving polyclonal hyperimmune drugs when they are needed.

GigaGen’s technology has many applications. Not only are we are exploring ways to use this to develop fast-acting, polyclonal treatments for a wide range of pathogens (both existing and emerging), but we are also developing ways to make many other polyclonal antibody drugs to treat autoimmunity, transplant-rejection, cancer, and more. You can read about our work developing therapies for multiple indications in our recent publication, “Generation of recombinant hyperimmune globulins from diverse B-cell repertoires” in Nature Biotechnology. 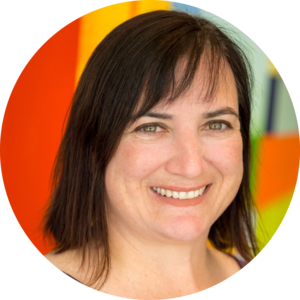