We developed intelligent light-switchable chimeric antigen receptor T cells that can be remotely activated and spatiotemporally controlled by a nano-optogenetic approach. It confers precise control over anti-tumor immunity with enhanced safety, being potential for next-generation precision medicine.
Kai Huang and Nhung Nguyen
2 contributors
Like Liked by Evelina Satkevic and 1 other
0

While chimeric antigen receptor (CAR) T cell-based therapy has been approved for clinical use for certain types of blood cancers, it remains difficult to achieve precise spatiotemporal control of the elicited anti-tumour response. Here, the authors propose light-switchable CAR T cells that can be re… 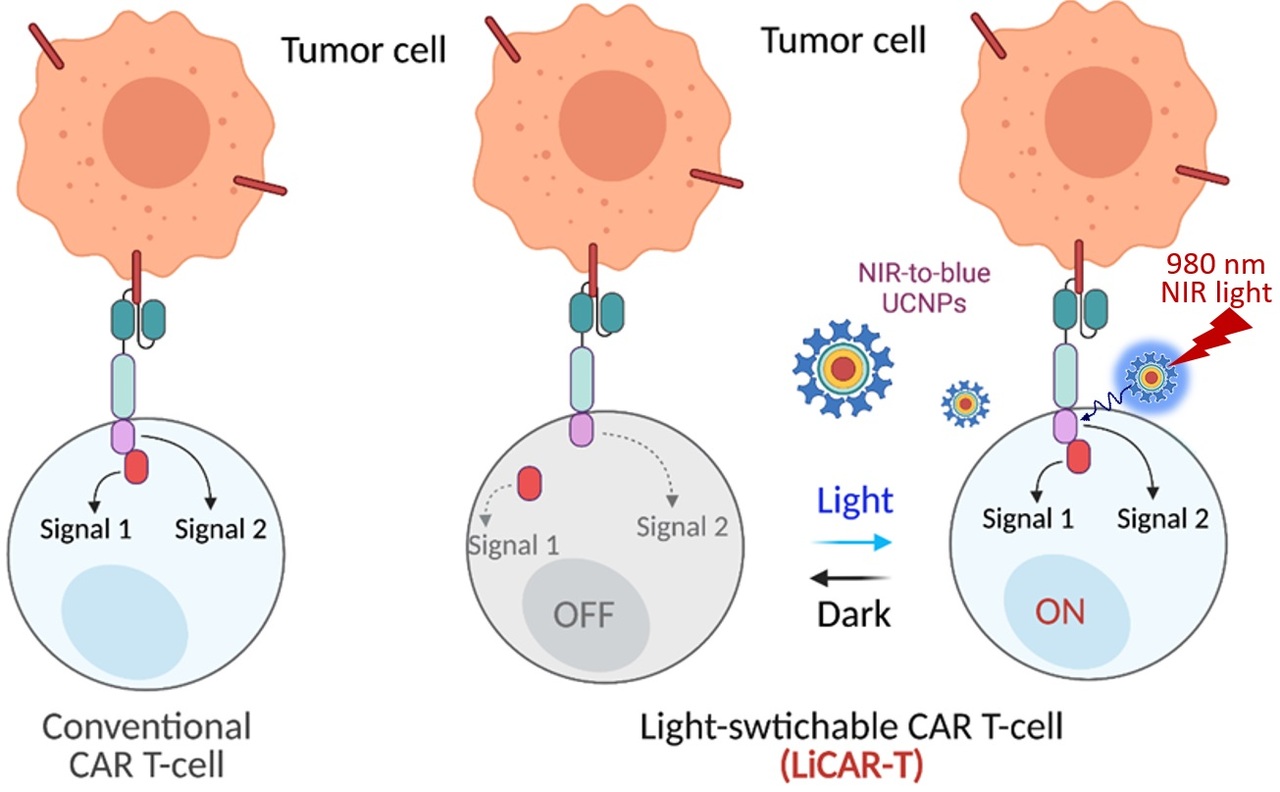