Throughout my career in regenerative medicine, we have been able to engineer flat, tubular, and hollow non-tubular tissues and organs (like skin, urethras and vaginal organs) that we have been able to implant in patients. However, solid organs, like the heart or liver, are much more complex. I have often been asked “When will you be able to 3D print a sold organ for a transplant? In 5 years? 10 years?” or some variation of that question. There is a great need for replacement organs and tissues, so I understand the urgency behind the question. But the answer is – “We don’t like to make predictions like this because science is unpredictable.”

Besides being unpredictable, science is about patience – lots of patience.

This study started in 2002, early in my career when I was still at the Boston Children’s Hospital and Harvard University. We actually demonstrated the first live delivery of a pup from an engineered uterus in a rabbit in 2003. It was just a small pilot study, but we were able to show we could do it. Then, we moved the lab from Boston to North Carolina to start the Wake Forest Institute for Regenerative Medicine just as we were trying to complete the study. When we moved, we had to repeat the study – we initially lost some of the images during the move, and then were not happy with the study because we did not have all the controls we really needed.

And, because science is unpredictable, here we are 18 years later with the publication of the research findings. During this period, we learned a lot, and kept improving the process into a study we could use to move the technology towards the clinic. It’s good to finally have it out.

When you think about it, the uterus is the one of the most unusual organs in the body. The uterus has capacity to do the most incredible things. For most women, the organ is there, ready to be deployed, and it goes through these amazing changes, but it only happens if it’s activated. When that happens, the organ grows in size exponentially to provide a home for the baby – it grows extra layers of tissue to support and provide nutrition. It does all of these amazing, wonderful things.

Unlike any other organ in the body, a woman uses the uterus a very few times in her life, and sometimes not at all. Unfortunately for many women, the uterus can’t be activated because of uterine factor infertility issues or perhaps they were born without one. One treatment solution isuterine transplants which have just recently become a medical reality. To date, there have been about 70 uterus transplants performed worldwide. In the United States, fewer than 10 babies have been born via a transplanted uterus. While it’s a wonderful option for some women, it’s a major surgery which requires a deceased or living donor followed by the need to take anti-rejection medications so the body doesn’t reject the organ.

Someday, with further development, the approach outlined in this paper may provide a regenerative medicine solution to uterine factor infertility. It will allow us to create a uterus for a woman from her own cells combined with biomaterials, eliminating the risk of rejection and the need for anti-rejection drugs. When she is ready to have a baby, the organ will be ready to be activated.

The rabbit reproductive system is an ideal model to use for research. Rabbits have long been used in reproductive biology research and are ideal for uterine tissue engineering studies as they have a relatively large uterus, and one can see clinically-relevant outcomes without relying on the self-regeneration that occurs with other smaller laboratory animals. The female rabbit’s uterus is formed by two separated, functional uterine horns and cervices, each with a capacity to carry a pregnancy.

In this study, we engineered uterine tissue by using biodegradable polymer scaffolds seeded with autologous cells to restore uterine structure and function in rabbits. Rabbits underwent a subtotal uterine excision and were reconstructed with autologous cell-seeded constructs, with non-seeded scaffolds or by suturing. At 6 months post-implantation, only the cell-seeded engineered uteri developed native tissue-like structures, including organized luminal/glandular epithelium, stroma, vascularized mucosa and two-layered myometrium.The study showed that the rabbits with the engineered cell-seeded constructs had normal pregnancies (four in ten) in the reconstructed segment of the uterus, and also supported fetal development to term and live birth, same as the normal controls.

The engineered uteri did exactly what they are supposed to do. We plan to continue this work so hopefully in the future this technology can be applied to patients. 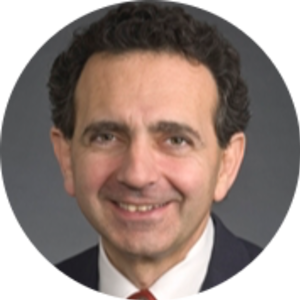