We developed a printhead that can mix two materials during the printing, allowing us to produce continuous gradients in composition. Earlier, such gradients were generally produced by switching printheads and printing modified compositions, getting step or discrete gradients. Our printhead makes it easier to manufacture multi-material scaffolds for engineering complex tissues and, as we showed, reduces the chances of interface failure between compositions by reducing mechanical property mismatches. In addition, we integrated an atmospheric pressure plasma jet on a 3D printer. This will help activate specific locations in a 3D scaffold allowing cells to attach selectively, as we showed, or to deliver selectively a local chemical stimulus to cells. For now these technologies were developed, integrated and tested aiming at bone tissue engineered scaffolds, but their flexibility allow for many more applications.

The work began in 2016 with the funding of a European consortium to develop these technologies. The first design choice we made was to use single screw extrusion as a way of mixing in the printhead, to keep it lightweight and compact. We started with modeling to evaluate mixing in a screw, using COMSOL, which provided a simplified modeling framework for studying fluid flow in rotating machinery, avoiding the need for more challenging models involving moving meshes or discrete elements. We found ways to mesh the geometry, which had centimeter scale size and micron scale features, such that the solutions converged and did not take too long to solve. We then used particle-tracing models to visualize mixing. All these models took quite some time to finalize, but we gathered insightful results from them.

The printhead design moved in parallel to the modeling. Carlos, who had worked for several years with multiple additive manufacturing techniques and designed custom printheads, took the lead on the overall printhead design. I started complementing the team together with the Instrument Development, Engineering and Evaluation (IDEE) Department at Maastricht University to fulfill his ambition for the printhead and the hybrid additive manufacturing system. The size and weight of the printhead were the main constraints dictated by the printer platform for the project partner (Gesim). A seamless integration of the new printhead and the atmospheric pressure plasma jet was required to allow the application of the two processes in a single platform. After several meetings with IDEE, we finally settled on a design, part dimensions, and choice of control systems and materials for manufacture. Then the wait began for the manufactured printhead. I used the time to work on a side project that arose from discussions with my supervisor Lorenzo, who was also leading the aforementioned consortium.

Once the prototype was ready, we started with standalone testing, and immediately realized we needed higher power heaters to overcome the heat dissipation to the surroundings. We fixed that and could extrude various polymers easily.

It was then time to try producing the gradients. For this, Gesim helped us install the printhead on their printer, which provided two independent pressure controls. We used dyed polymer and non-dyed polymer to extrude a color gradient. The color changes in the extruded filaments were always gradual and smooth, suggesting that the screw was mixing well. However, the results were not easily reproducible. We found that this was caused by material backflows into the opposite reservoir as we were applying pressure imbalances between the reservoirs without knowledge of the rheological behavior of the materials. Therefore, I initiated viscosity measurements, which I also needed for the models, but had avoided during the initial screw selection models by using an assumed high viscosity value to consider a worst-case scenario. In parallel, Carlos went to the lathe machine and built one-way valves to eliminate backflows without knowing the viscosities. The valves worked well, so I continued the testing using them.

We also noticed that if we left one reservoir empty, we needed to keep it pressurized to print because at some screw positions, the screw short-circuited the two reservoirs. We fixed this by using smaller and de-phased inlets to the screw, ensuring that connected screw volumes never saw both reservoirs simultaneously. We also developed a printer-independent pressure control system for greater flexibility. Thanks, generally to the foresight of Carlos, such as the timely production of spares, the rest of the testing went smooth. We tested various materials for compatibility with the printhead, starting with printing a continuous filament with several composition switches, to empirically evaluate how fast the printhead could switch compositions. This was followed by the production of 3D scaffolds with composition gradients.

Then, we took a short break and sent the printer back to Gesim for the plasma jet integration with help from Emanuele, Paolo and Alessandro, who had designed and produced it. Our collaborators from Fraunhofer IST, in Germany, had already carried out significant standalone testing of the plasma jet, which saved us time and effort by providing us with optimal parameters, such as precursor ratios for the plasma polymerization. Also, an initial plasma model was provided by Alessandro, which I was able to adapt and use.

Finally, we posed challenges to the developed technologies to achieve scaffold features not achievable with past technologies. It was extremely satisfying to observe mechanical improvements in the gradient scaffolds produced with our printhead over discrete gradients produced in a way similar to past technologies, and the 3D patterning of cells in scaffolds using the plasma jet. The latter was made possible and even better with a second uniform seeding, using a technique developed by us, thanks to Maria’s skill and expertise. That was the point when we chose to publish our findings. We recognize many avenues to use the developed technologies and also learned in the development process what can be further improved. However, for now we are extremely happy to share what we have developed, and grateful to the many people who helped us make it a reality. 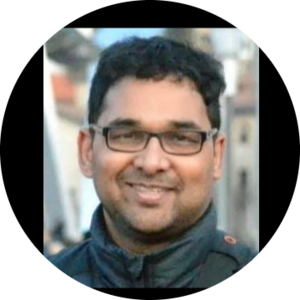