Adenine base editors (ABEs) catalyze A-to-G conversions at genomic sites of interest. However ABEs also induce cytidine deamination. We engineered ABEs to reduce the cytosine editing activity of them. This behind the paper post covers our recent work on development of more precise base editors.

Base editors are the most promising tools for use in genome engineering. CRISPR-Cas systems efficiently bind with target sequences, expose the ssDNA by R-loop formation on target, and induce double-strand breaks (DSBs). Base editors are composed of a partially inactive CRISPR-Cas system and deaminase.1-3 Because the CRISPR-Cas system is partially deactivated, base editors do not induce DSBs which cause genomic rearrangement or large chromosomal deletions. Cas protein in base editors practices target binding and R-loop formation. Deaminase protein recruited to the target sites by the linked CRISPR system deaminates exposed ssDNA on the target site. In turn, deaminated cytidine and adenosine were repaired to thymidine and guanosine, respectively. Base editors mediate efficient targeted base substitution on the genome.

For the adenine base editor (ABE), there is no known natural adenosine deaminase that works on ssDNA. The Liu group artificially evolved tRNA-specific adenosine deaminase (TadA) protein, which naturally catalyzes adenosine on RNA. The engineered TadA protein operates on ssDNA.3 The ABE containing engineered TadA efficiently converts adenine to guanine in the target site. Compared with cytosine base editors, ABE does not induce gRNA-independent DNA deamination.4, 5 However, it was reported that the ABE works on RNA and induces promiscuous RNA deamination.6-8 In addition, our group found that the engineered TadA has gained the function of catalyzing cytosine as well as adenine. These effects are caused by the DNA/RNA-binding properties of TadA proteins.9

After reporting that ABE catalyzes cytidine deamination in 2019, we began engineering TadA protein of ABE to mitigate the bystander effect. Cytosine conversion of ABE occurred in a specific motif, ‘TC’. We thought that the binding affinity of TadA cannot discriminate ‘A’ and ‘TC’. Our group discussed the idea with Dr. Jae-Sung Woo, a protein expert. Dr. Woo suggested that the other TadA orthologs may have strategies to prevent binding with non-adenosine. He compared TadA ortholog sequences with the engineered TadA and analyzed the binding structure of SaTadA and tRNA substrate. He suggested various mutations that affect binding affinity with substrates. We made various ABE mutants and screened them in human cells.

We found several key residues associated with cytosine binding. However, replacing these residues also lowered the adenine editing activity. We wanted engineered ABEs to maintain their own efficiency of converting adenine. Fortunately, two papers were published.10, 11 Each paper developed the ABE8 version for better activity! We rapidly introduced the key mutation on the ABE8 version. We finally found that engineered ABE, ABE8eWQ efficiently edited adenine with reduced bystander cytosine conversion. In addition, the key mutation, D108Q, is also related to the affinity of binding with RNA. ABE8eWQ reduced promiscuous RNA deamination as well as cytosine conversion. (Figure 1)

We hope that our new engineered base editors can be useful in therapeutic applications. Our group continues to apply the base editor to various disease targets and to develop editors for better activity. In addition, we are searching for the best system for delivery of base editors.

Many thanks to my supervisor, Dr. Sangsu Bae, great advisor, Dr. Jae-Sung Woo, and SeokHoon Lee, and my lab members for their help.

You can find all the details of our work in here. 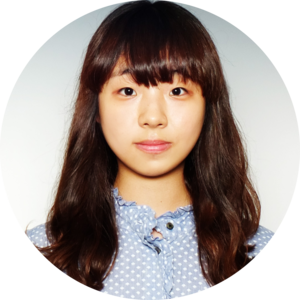