Mammalian genome engineering has advanced tremendously over the last decade, however there is still a need for robust gene writing with size scaling capacity. Here the authors present Find Cut-and-Transfer (FiCAT) technology to delivery large targeted payload insertion in cell lines and in vivo in m…

Adding new pieces  of DNA into genomes is often used as a way to program cells into a new function. This can be used to train cells to kill tumors, replace broken genes, and engineer humanized pig organs1. This is usually performed with refactored viral vectors or tamed transposons that integrate a new message in the engineered host. But this integration happens in an uncontrolled fashion, which can lead to disruption of important cellular regulation mechanisms or activation of oncogenes2. Moreover, complex celular engineering can benefit from performing simultaneous  cut and paste operations that turn off, add in, and have more controlled expression patterns. CRISPR derived Cas9 protein, with which genome engineers were gifted by bacteria several years ago, brought unprecedented precision for targeted cleavage of DNA. But adding a new message by exclusive means of a cut is challenging, as one relies on cellular machinery to incorporate an exogenous piece of DNA by homologous recombination, which in many clinically relevant cells it’s inefficient. And while CRISPR-associated Transposases exist in bacteria3 , adopting this naturally existing system for mammalian cell engineering has not been achieved yet, probably due to the low portability of bacterial transposases.

Fueled by the idea to engineer an enzyme that could precisely integrate DNA in human cells, we decided to generate a chimeric enzyme by combining a Cas9 protein with a piggyBac transposase. And indeed, Cas9 has a solid partnership history with other enzymes, such as transcriptional activators, base editors, and reverse transcriptases4. When we first tested our chimera in human cells, precise integration could be detected at low frequency, but random integration led by the transposon was still predominant. We then layered information of HIV integrase and piggyBac transposase, two proteins with structural similarity  (see image), and tested a subset of mutations that modified piggyBac function. We attempted to reduce its recognition of target DNA, thus making it dependent on Cas9 guiding for precise transposition. This led to much higher targeted integration. We named our technology FiCAT, (Find and Cut-and-Transfer), which in catalan literally means “Get-in”.

Structural model of PB (Cyan) superimposed on the structure of the HIV integrase intasome (PBD 5U1C) (only one integrase monomer shown in white, target DNA shown as double stranded).

Excited by the idea that a small set of mutations could greatly improve the activity of FICAT, we tried to set up a screening that could assess the activity of thousands of hundreds of mutants in a single well plate. For this, we built a celular reporter that harbored half of a GFP protein. We then delivered the other half of the GFP as a transposon message, and targeted it with FiCAT upstream of the celular half, in order that targeted integration events would generate a fluorescent protein. Since the transposon gene is flanked by ITRs, we added an intron, so that the GFP protein sequence would not get disrupted by the ITR. This reporter system allowed us to deliver thousands of variants of FiCAT into a cell population, and then sort cells that expressed GFP. We expected best performing variants to be overrepresented in the GFP positive population. An important detail was that for the screening to work we required to only deliver one FiCAT variant per reporter cell. To achieve this, we encoded the library of FICAT variants in a lentiviral vector, which also provided easy retrieval of the DNA that encoded the enhanced variants.

We also tested how FiCAT performed when Streptococcus pyogenes Cas9 was substituted with other programmable nucleases. It seemed that exchange was possible and we found that Streptococcus aureus Cas9 was actually the best nuclease module. Since each nuclease has a targeting constraint determined by the protospacer adjacent motif (PAM), this modularity serves to expand targeting capabilities of FICAT.   Given that piggyBac acts as a tetramer, We also decided to test if the optimized transposase domain could be dimerized, rationalizing that this would reduce stoichiometry of nuclease in the transposase tetramer. This also contributed to increased targeted integration.  In order to demonstrate FiCAT use for human gene therapy, we tested it in K-562 cells, a model of hematopoietic cells, C2C12 - a mouse muscle cell line. Moreover, we were able to deliver it in the mouse liver, showing the potential of FICAT for novel avenues for treating disease in a preclinical model.

A next challenge for FICAT is to reduce its dependence on a double strand break, which in certain cells, can be toxic. Together with recently described prime-editing guided recombinases 5, FiCAT’s Cas9-PBopt is the first enzyme for programmable DNA insertion in mammalian cells, and while there is a still tremendous potential in optimizing gene writing tools, it’s exciting to think about the potential precision genetic messages can have, specially for tackling disease.  A part of our team has set out to further optimize FICAT, which will, we hope in the future, allow for  the creation of new treatment approaches, and cure diseases. We spun Integra Therapeutics, a company committed to creating safe and novel gene therapies, based in Barcelona. 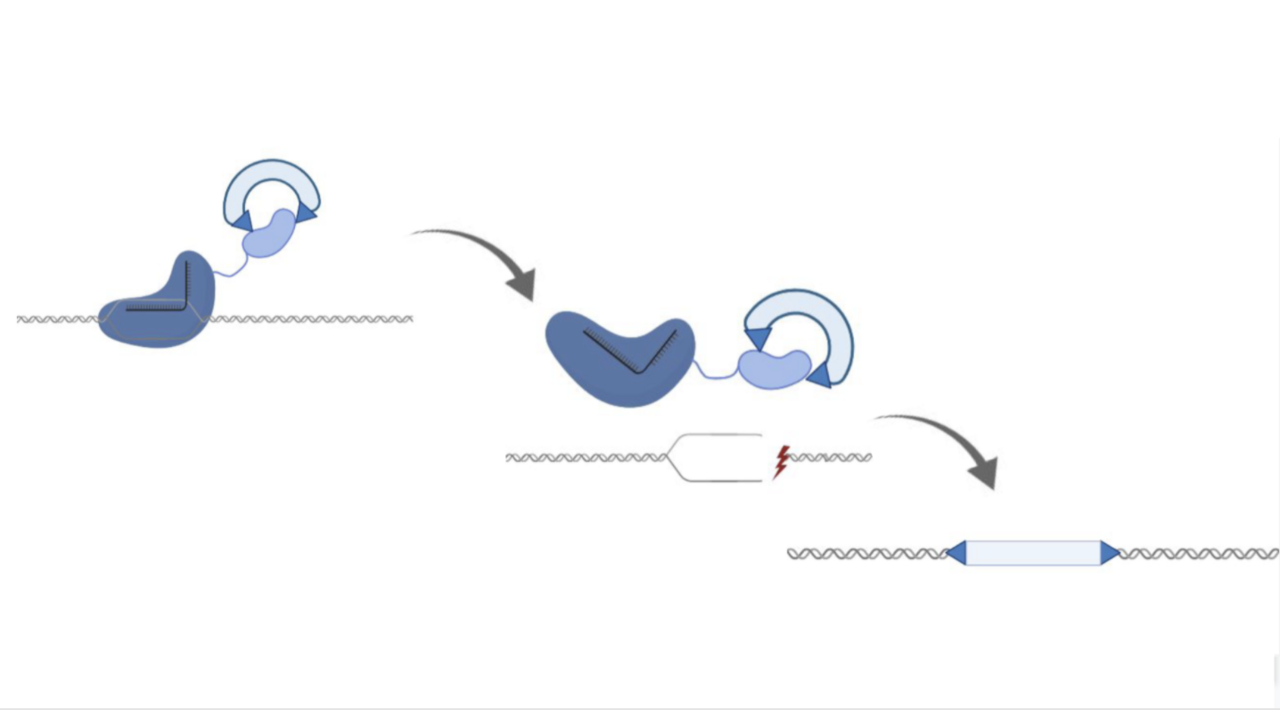