Organ transplantation is often the only option for patients with end-stage organ failure, yet the gap between demand and the number of available donor organs is ever increasing. In the United States alone, ~1.2 million patients are in urgent need of an organ transplant, while only ~5000 donor organs are available, addressing less than 1% of the need[1]. Tissue engineering has the potential to address this critical issue by bridging the gap, but three decades of research have failed to produce anything but the simplest of skin-like tissues in terms of commercial and clinical translation[2]. We posit that the failure is not of tissue engineering itself, but of our elusion to scientific understanding of how to properly integrate biological, biophysical and manufacturing knowledge to build functional autologous tissues[3]. This is where 3D bioprinting has the potential to make a revolutionary impact on the medical industry: by offering standardization and reproducibility for the precise spatial placement of cells and bioinks to control tissue formation, structure and function[3].

3D Bioprinting has gained significant attention in the last decade and considerable progress has been achieved in cell printing, but the standard approach of extruding cells encapsulated within a hydrogel bioink has fundamental limitations. Specifically, it is challenging to achieve physiologically-relevant cell density similar to that of native tissues and organs as most hydrogel bioinks are a compromise between cell density and polymer density to achieve printability. In this regard, cell aggregates, such as tissue spheroids, are considered a promising bioink, which possess physiologically-relevant cell densities and can self-assemble into tissues upon fusion [3]. Bioprinting of spheroids have been rarely applied due to lack of robust and practical techniques and current approaches suffer from poor positioning of spheroids, significant loss of spheroid viability and structural integrity, and the inability to form complex 3D shapes. Despite the authors could be able overcome most of these challenges with their recently introduced technology called ‘aspiration-assisted bioprinting (AAB)’ [4], freeform bioprinting of spheroids in 3D has been a long-standing problem due to the layer-by-layer building nature of these existing techniques.

In this effort, the authors combined the advances in AAB of spheroids[4] and bioprinting within yield-stress gels[5], [6] to enable a new direction in scaffold-free future bioprinting effort, and demonstrated the aspiration-assisted freeform bioprinting (AAfB) of tissue spheroids by precisely positioning them in self-healing biologically-inert yield-stress gels (i.e., Carbopol and alginate microparticles) in 3D allowing for the subsequent self-assembly of the bioprinted spheroids for fabrication of tissues. In this approach, spheroids loaded in the spheroid reservoir were lifted in the cell media compartment and then directly transferred to the gel compartment through an interface (Figure 1). The spheroids were bioprinted on-demand into circular and triangular configurations using different differentiation strategies to demonstrate the role of mesenchymal stem cell or chondrogenic spheroids in 3D bioprinting of bone and cartilage respectively using a yield-stress gel (alginate microparticles) as a support bath. For both the cases, the spheroids were placed physically in contact with each other to facilitate fusion without the need of any external support. The authors, here, successfully demonstrated minimal tissue compaction with sufficient structural integrity over the entire course of differentiation. The resultant bioprinted tissue has the potential to be implanted in vivo (i.e., cartilage rings around bronchus), illustrating the immense clinical significance of the explored procedure.

Back to Comms Physics 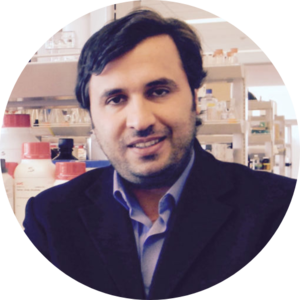