Methanol is becoming an attractive feedstock for the biological production of fuels, chemicals, pharmaceuticals, foods, and materials. We have discovered that our most widely exploited industrial microorganism, Saccharomyces cerevisiae, has a native capacity to metabolise methanol. 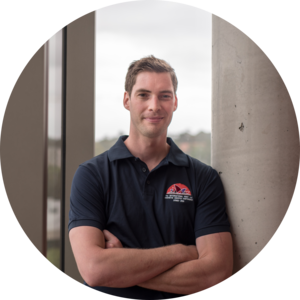 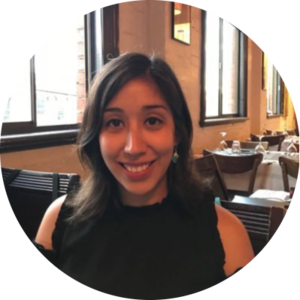 The yeast Saccharomyces cerevisiae has been used for thousands of years for brewing and baking and more recently, for the production of foods, fuels, chemicals, and pharmaceuticals. While yeast-based biomanufacturing is more sustainable than petrochemical refining, it relies on sugars, which compete for arable land that could be used for food production. C1 compounds like carbon dioxide, methane and methanol are attractive alternatives to sugars as they can be obtained from waste resources (Fig. 1). Methanol is specifically attractive as it is also a liquid, which makes it more compatible with existing infrastructure. In our recent research published in Nature Communications (1), we sought to engineer methylotrophic metabolism in the model organism and industrial workhorse S. cerevisiae.

As part of a previous study (2), we found that S. cereivisiae has a specific growth and transcription response to methanol. Given that S. cerevisiae was not known as a native methylotroph, we sought to understand, demonstrate, and improve growth on methanol using Adaptive Laboratory Evolution (ALE) 1. Laboratory evolution was carried out by alternating growth passages between glucose minimal medium and methanol plus yeast extract medium. After 230 generations, we observed an increase in growth on medium with methanol, which was not evident in the absence of methanol. Whole genome sequencing of evolved and control strains revealed convergent mutations in the three methanol exposed evolutionary lineages. Each population had evolved premature stop codons in the uncharacterised gene YGR067C. Proteomics and transcriptomics showed that truncation of Ygr067cp resulted in up-regulation of glycolytic enzymes, alcohol dehydrogenases, and dihydroxyacetone kinase, and down-regulation of gluconeogenic enzymes and the TCA cycle (Fig. 2). In collaboration with Dr Esteban Marcellin from the University of Queensland, we used 13C-labelled methanol and intracellular metabolomics to determine the extent to which methanol was being metabolised in the presence of yeast extract. In addition to identifying 13C-labelled central carbon metabolites in the parental strain, we showed that in most cases the proportion of 13C labelled metabolites had increased in the evolved strain, with 13C-labelled fructose 1,6 bisphosphate and acetyl-CoA detected at 40 and 50 % respectively.

This discovery represents a first step towards engineering methylotrophy in S. cerevisiae and the first report of a previously unknown native methylotrophic capacity. However, we do not yet fully understand the mechanisms that underlie this native capacity, and our strains are far from being industrially relevant. Based on the information at hand, it is not inconceivable that a Xylulose Monophosphate (XuMP)-like pathway is occurring in S. cerevisiae as it does in the methylotrophic yeast P. pastoris. Further research efforts can focus on characterising the specific enzymes involved in native methanol metabolism. Perhaps the native pentose phosphate pathway enzymes facilitate formaldehyde assimilation through promiscuous activity? Another possibility could be to recycle the CO2 produced from formaldehyde dissimilation in order to increase growth rate and biomass formation. Regardless of where this research heads next, there is no doubt that many different avenues can be pursued in order to develop a fully methylotrophic S. cerevisiae. Ultimately, such an engineering feat would enable the use of alternatives to oil for chemical production and sugar for bioprocessing.

I am a postdoctoral researcher in the Paulsen Group at Macquarie University. I have wide ranging researching interests spanning metabolic engineering, biosensors, directed evolution, and whole genome engineering.
Follow