Injuries due to slips, falls and the complications arising from these including hip fracture have continued to be a significant issue in both occupational and private spheres, in particular on slippery surfaces and among the elderly. Considering the dangers and associated costs, tremendous efforts have been undertaken to enhance understanding and prevention of slips and falls as well as developing engineering assistive technologies.

Inspired by active friction-control strategies in animals using claws/scales and the Japanese art of paper cutting, we designed a friction-boosting assistive device that could be used to coat the bottom of shoes, giving them a stronger grip on ice and other slippery surfaces.

We aimed to address the challenge of preventing falls, particularly on hazardous slippery walking/working surfaces. We developed a light-weight kirigami-based outsoles that becomes spiky when it flexed to provide higher friction with a surface and help wearers to keep their footing.

The fabrication of kirgami shoe grips was a big challenge! First, guided by the numerical simulations (conducted by co-author Dr. Ahmad Rafsanjani), we explored the design space across a range of kirigami designs (various geometry, shape, and arrangement of needles) and testing surfaces (hardwood, vinyl, ice). Then, by performing friction tests, ideal kirigami patterns with stiff popped-up needles and high friction coefficients were identified. Thin stainless-steel sheets were used to laser cut the kirigami patterns and made the outsoles at Harvard and MIT machine shops (thanks to S. Cotreau, C. Haynes and A. Wentworth for help with manufacturing the experimental samples).

The next step was to build an experimental setup to quantify friction enhancement across a range of walking surfaces. A poster advertisement at MIT was used for recruitment of human participants after getting approved by the MIT Committee on the Use of Humans as Experimental Subjects (MIT COUHES). We attached the fabricated kirigami outsoles to the participants shoe soles and asked them to walk over the force-plate covered with the desired walking surfaces eg. ice at least ten times per patch. Notably, using human-gait experiments (force-plate testing), we demonstrated that the kirigami shoe grips generate 20 to 35 percent higher friction than the shoes alone (sneakers/boots) on ice in the direction of walking and even higher transversally.

Currently we are working on finding the best approach to attach the kirigami grips to shoes, either through integrating them directly into the soles, or designing them as a separate assistive patch that could be attached. We are also exploring the possibility of using different building materials and designs. For example, they could be designed as a bilayer composite: a body made of a high-stiffness rubber-like polymer with microfeatures (for example, dimple and groove) and reinforced steel tips. An elastic body with grooves provides friction in the range of commercially available winter shoes or anti-slip solutions, and kirigami spikes provide extra friction enhancement through dynamic orienting. This can improve the lifetime of steel shoe grips under cycling loads. We can also make outsoles that cover the entire sole and consist of two portions to achieve further friction improvement over all of the stages of stance: (i) a top portion consisting of the kirigami pattern made of textured sheets to increase the friction in the push-off stage, and (ii) a bottom portion (heel region) made of dimpled or tread groove patterns (no kirigami pattern) to generate higher braking forces and increase friction in the weight-acceptance phase and finally reduce the risk of slip (figure 1).

Future successful translation of these technologies will involve further human testing across all of the stages of gait cycle and ambulation in ice-containing environments, including inclined surfaces. We envision morphable kirigami patches could be customized to the shape of the specific shoe soles of an individual by introducing a functional gradient in the size and shape of the spikes to provide the required friction force during daily activities. We are actively seeking potential partners to help bring these technologies to people around the world. 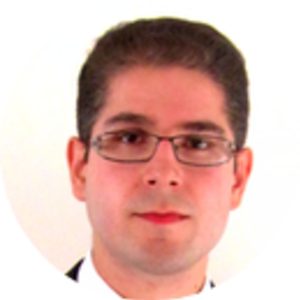