In our interconnected world, current clinical interventions struggle to contain epidemic outbreaks of bacteria, the rising death toll from drug-resistant pathogens, and the possibility of biothreat agents. Effective vaccines could act as a bulwark to prevent bacterial infections and many of their most severe consequences, including sepsis. According to (CDC), "each year, at least 1.7 million adults in America develop sepsis. Nearly 270,000 Americans die as a result of sepsis [and] 1 in 3 patients who dies in a hospital has sepsis". Despite this, no vaccines are available against the most common bacteria that cause sepsis and many other diseases.

The Wyss Institute has developed ciVAX (composite infection vaccine) to protect against bacterial infections. The idea for ciVAX was born during the Wyss retreat, when members of the lab of corresponding author David Mooney presented biomaterial-based cancer vaccines. In multiple late-night discussions, co-first authors Michael Super and Edward Doherty developed the concept of replacing the cancer antigens with those from pathogens to rapidly address existing and emerging pathogen threats. Mike had been intimately involved with the development of a pathogen capture technology with Wyss Founding Director Donald Ingber, and Ed worked closely with David Mooney on the biomaterials-based cancer vaccines.

The pathogen capture technology used in ciVAX is a genetically engineered broad-spectrum opsonin, Fc-Mannose Binding Lectin (FcMBL) that binds complex carbohydrate cell wall antigens (PAMPS – Pathogen Associated Molecular Patterns) in more than 120 different pathogen species. This technology was developed with DARPA funding to Donald Ingber’s team at the Wyss Institute and has already been used in a first-in-man study at the Wyss startup BOA Biomedical Inc.

The biomaterial-based vaccine approach was originally developed as a new type of cancer vaccine by David Mooney’s group at the Wyss Institute and the Harvard John A. Paulson School of Engineering and Applied Sciences (SEAS). This is in a clinical trial run at the Dana-Farber Cancer Center and is the basis of Harvard’s "Immuno-engineering to Improve Immunotherapy (i3)" Center co-led by David Mooney. Recently Ed and other co-authors have left the Wyss to found Attivare Therapeutics, to develop the biomaterial vaccines for multiple applications. 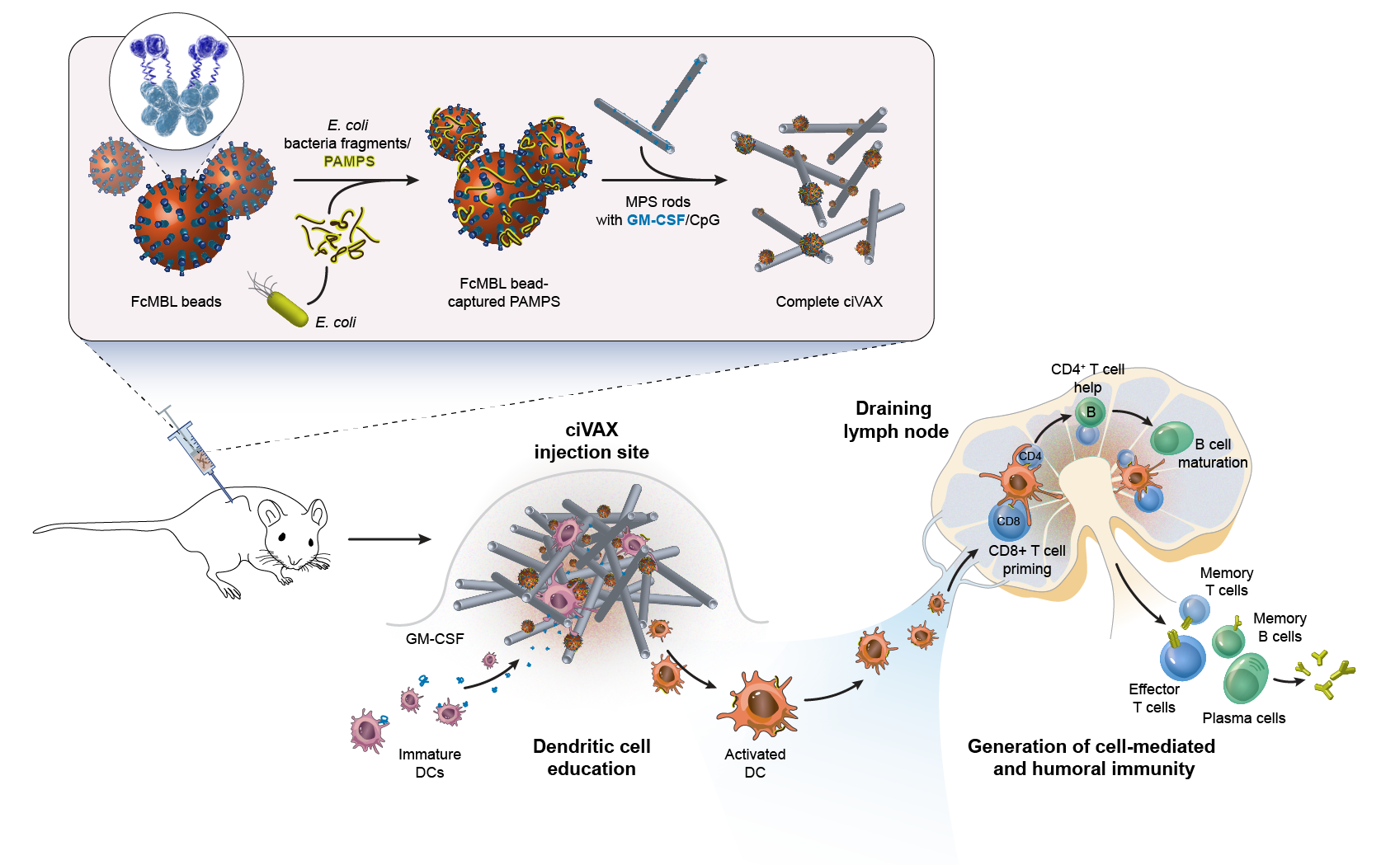 As shown in the diagram, in ciVAX vaccines, fragments of killed bacteria (such as E. coli) are exposed to beads coated with FcMBL, leading to the capture of PAMPs antigens on the beads. The beads are then combined with MPS rods with absorbed GM-CSF and CpG-rich oligonucleotides to form the complete ciVAX. Needle injection of ciVAX results in the accumulation of immature dendritic cells within the scaffold formed from the MPS rods owing to the release of GM-CSF and in the subsequent maturation of these cells on exposure to CpG. Activated dendritic cells traffic PAMPs from the ciVAX to the draining lymph node, interact with resident B and T cells, and generate humoral and cell-mediated immune responses to the bacterial antigens. DC, dendritic cell.

We tested ciVAX against the two most common causes of sepsis – Gram-positive methicillin-resistant Staphylococcus aureus (MRSA) and Gram-negative Escherichia coli. ciVAX protected mice in the MRSA skin infection model and protected mice and pigs from E. coli-induced sepsis and septic shock, even from a different E. coli serotype. Interestingly, mice vaccinated with E. cloacae were partially protected against lethal challenge with E. coli – a different member of the family Enterobacteriaceae. This suggested that for veterinary applications such as autogenous vaccination, ciVAX vaccines could be prepared from inactivated pathogens captured from an infected animal, and then used to protect other animals, even by crossing pathogen species. This option could also be used in rapid treatments in One-world health and pandemic applications.

The assembly of ciVAX vaccines is highly modular and controllable: ciVAX vaccines to known pathogens can be easily fabricated and stored as complete vaccines, but additionally, all components except the PAMPs can also be pre-assembled from shelf stable cGMP products and the complete vaccines assembled in less than an hour once the PAMPs antigens are added. This enables manufacture of vaccines in a plug-and-play fashion with extremely fast response times to address both existing and newly arising pathogenic threats. 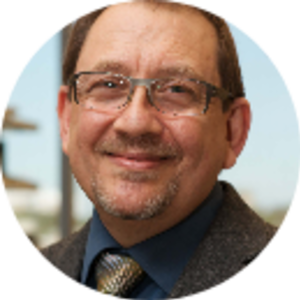