Live as we know it arises from the complex interplay of its functional parts, leading to emergent properties that distinguish living from non-living matter or biology from chemistry and physics. Attempts to engineer cells from scratch, as perused in the field of bottom-up synthetic biology, should therefore focus on system integration as much as on the development of new functional parts [1, 2].

Proton gradients are the universal form of energy generation and storage in living systems. Maybe that is a good starting point! It is known that DNA nanostructures can be actuated with proton gradients by making use of the DNA triplex motif – a nanomechanical switch that responds to pH changes in the environment [3]. We thus equipped a DNA origami plate with the triplex motif. At acidic pH, the DNA origami is inactive. At basic pH, the triplex opens up such that the DNA origami can bind to DNA-functionalized giant unilamellar lipid vesicles. Polymerization of the DNA origami leads to vesicle deformation [4].

But where do the proton gradients come from? We engineered E. coli bacteria to overexpress the inward-proton-pump xenorhodopsin [5]. These light-harvesting E. coli can now reversibly switch the pH of their environment: Illumination increases the pH, while protons flow back along the concentration gradient in periods of darkness.

The integration of the DNA origami with the triplex motif, the lipid vesicles and the E. coli took us on a scientific detour. We realized that the triplex motif was no longer operating as designed. We soon realized that this was because we had changed one of the fluorophores on the DNA-functionalized vesicles, which completely altered the kinetics as well as the steady state of the triplex attachment. In a sperate work, we show with experimenents and MD siumulation how knowledge about the effect of DNA modifications on dynamic DNA nanostructures can be harnessed to tune their energy landscapes [6].

Only with this knowledge, the system integration was finally successful: We have finally realized a quite complex reaction pathway: When we turn on the light, the proton pumps in the E. coli become active, the pH changes, which, in turn, is activating the DNA origami. The DNA origami attaches to the membrane of a lipid vesicle, where it polymerizes to deform the synthetic cell. The bacteria thus communicate with the synthetic cells to adapt their shape.

Ultimately, we hope that the realization of complex reaction pathways and the integration of functional modules may lead to synthetic cells with emergent properties. One day, a synthetic cell may be more than the sum of its parts. 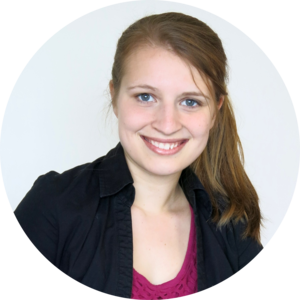