The ability to overcome upcoming infectious disease epidemics depends on how developed are our medical countermeasures against those diseases by investing where it makes the most difference. Patent landscapes facilitate this process by targeting investment and collaboration opportunities.

+1
Nasir Mohajel and 1 other View all
Pharmaceutical Sciences, Pasteur Institute of Iran
Follow 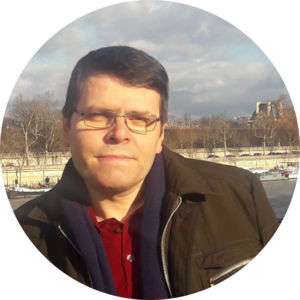 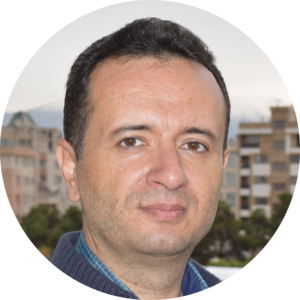 We all learned from the experience of living through a pandemic that global collaborative development and deployment of medical countermeasures (MCMs) against an infectious agent can dramatically reduce the time, effort, and money needed to control its outbreak. Global health decision-makers like WHO can better coordinate the development of MCMs when they have a clear understanding of recent developments of MCMs against a disease by regularly monitoring the innovation space about that disease. Commercial institutions have been monitoring innovation space via Patent Landscape Reports (PLRs) to identify and monitor their competitors, find investment opportunities, and avoid liabilities.  However, health decision-makers can use PLRs to coordinate global research and development for MCMs against diseases by targeted funding of such efforts. To showcase their potential value, we developed a PLR on patent applications claiming to be useful against EVD. This was done by downloading patent metadata from the lens patent database followed by its analysis and visualization using R packages.

We observed that the number of applications increased after Ebola outbreaks in 2001 and 2014, and American institutions were the major applicants. Commercial and academic institutions applied for the highest proportion of the patents and increased their patenting activities more sharply in response to EVD outbreaks.

Perhaps from the viewpoint of a health decision-maker, the most interesting question would be which applicant is developing a particular type of MCM against a disease. A popular way to answer this question in a PLR is by classification indexes, which are indexes developed by patent offices to classify patents based on their technology or application area. One popular classification system is International Patent Classification (IPC). PLR developers decide which classification index best describes the technology or application they are looking for, and then extract patents containing them from the dataset. For example, we used IPCs to get a picture of technologies developed by top applicants as visualized in figure 1. 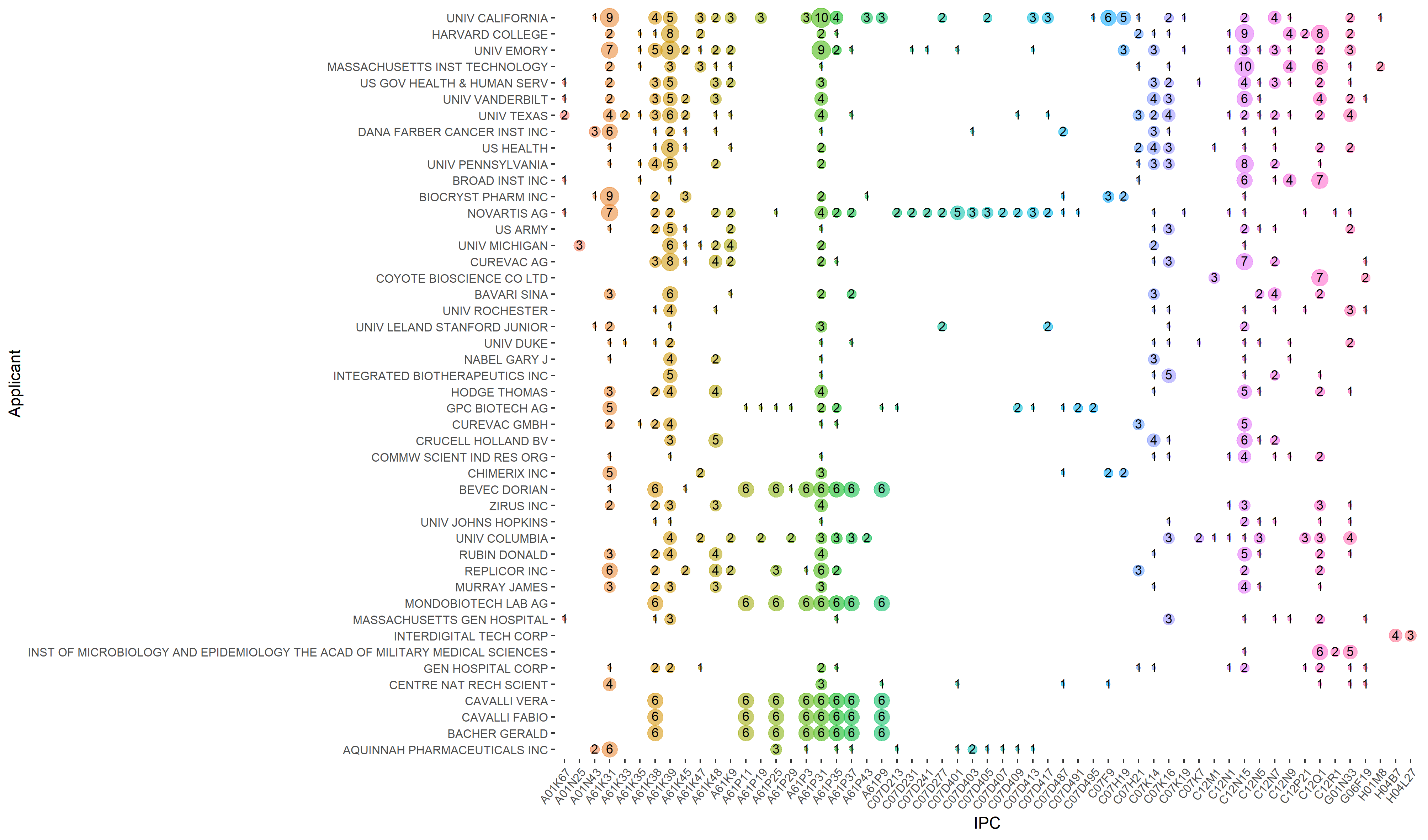 Figure 1. Technological areas of patent applications by the applicants with the most applications from their IPCs. Classification definitions are presented in the supporting information of our article (table S3).  The most prevalent patent classification among the top 30 applicants is those related to medicinal preparations containing antigens or antibodies (A61K39, with 111 instances), followed by those related to genetic engineering (C12N15, with 76 instances) and those related to medicinal preparations containing organic active ingredients (A61K31, with 71 instances).

However, patents often are assigned to more than one classification, since they cover multiple technological areas. This fact makes categorizing patents into the MCM types based on their classifications less feasible. Trying to find a better way, we hypothesized that if two classifications are used to classify the same patent, they can be considered to be connected by that patent. Applying this hypothesis to the entire patent dataset produces a network with distinct communities as visualized in figure 2. The nodes (classifications) belong to communities based on the number of connections they have with other nodes in that community or patents they classify together and these communities form clusters together, based on nodes they share. These clusters have a high frequency of similar patents. 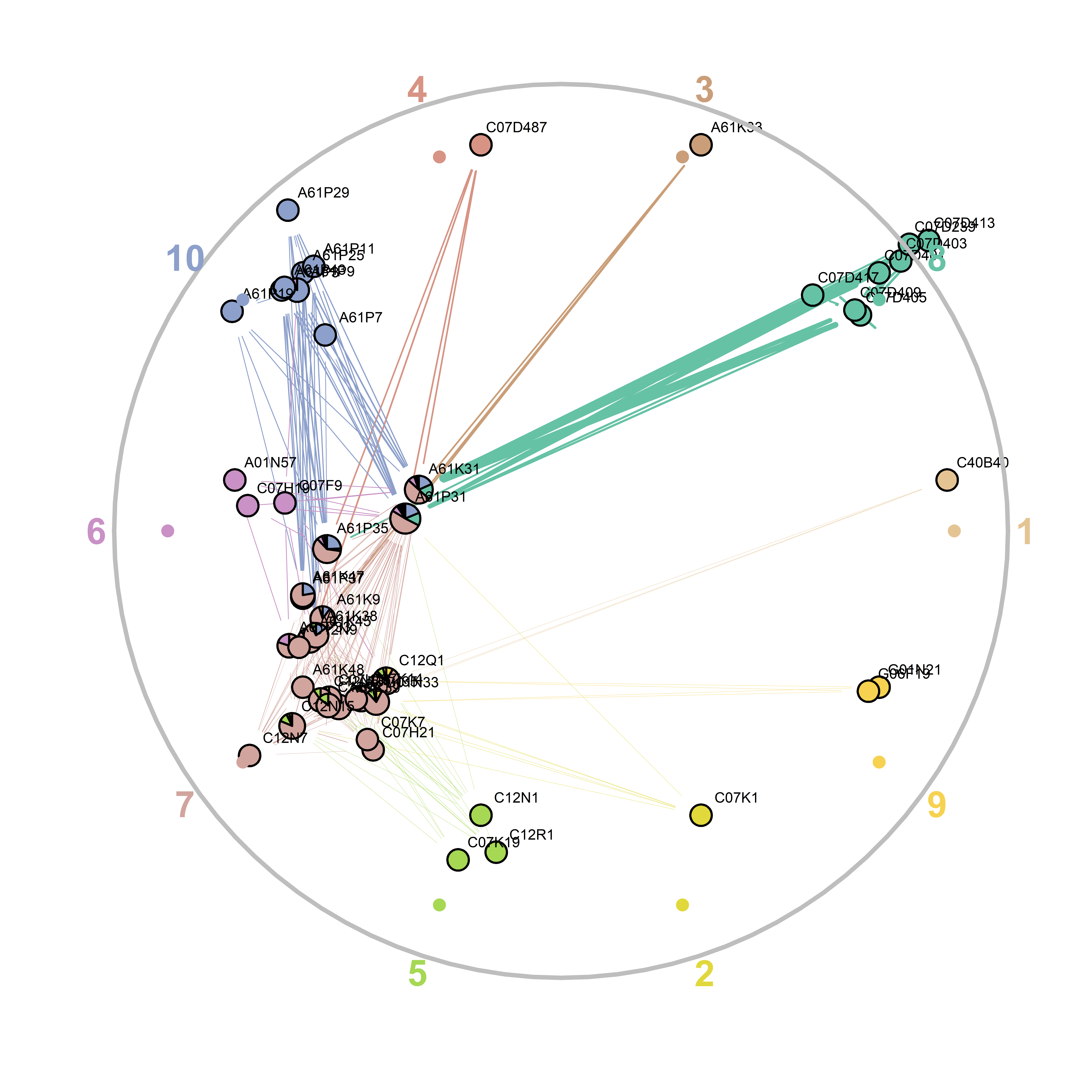 Figure 2.  Network analysis of iPcs. Communities generated by the ‘linkcomm’ package on the basis of co-occurrence of ipc1 segments in each patent, as visualized by ‘spencer.circle’ layout.  A61P31 (anti-infectives) and A61K31(medicinal preparations containing organic active ingredients) are two central nodes that connect all but two communities (communities 1 and 9).

The data for investment1 and patenting activity shows that global efforts for research and development on MCMs against EVD increased after its 2014 outbreak. However, the global community might be more successful in controlling future outbreaks if they develop potential MCMs before outbreaks, and conduct clinical trials during the outbreak. Interestingly, the patent application for the first approved vaccine against EVD (rVSVΔG-ZEBOV-GP) was filed in 2003 and its clinical trial was conducted during the 2014 EVD outbreak. Of course, this approach is less adaptable for outbreaks of emerging infectious agents like SARS-CoV-2. However, some technologies developed for one infectious agent might be useful for fighting another. This was the case for remdesivir, which was initially developed to inhibit Ebola virus infection with no success, however, it got approved as Veklury for controlling SARS-CoV-2 infection2.

Adopting this approach needs cautious spending of funding resources because they are scarce when there is not an ongoing outbreak of the disease. Therefore decision-makers need to better identify potential solutions to better target funds, and PLR reports can potentially help them to accomplish this goal.

I received my Ph.D. in pharmaceutical sciences from Tehran university in 2012, where I worked on gene delivery vectors. I am a researcher in the Department of Molecular Virology at  Pasteur Institute of Iran, where I am developing novel gene and drug delivery vectors from self-assembling peptides. I use computational methods to design or predict the behavior of these peptides. These computational skills also help me in analyzing other data types like patent metadata.