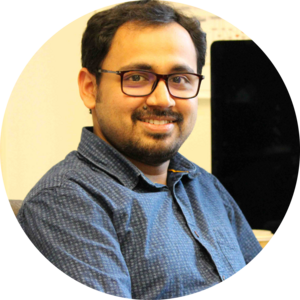 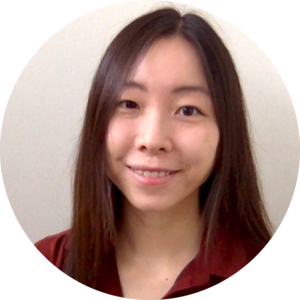 We rationalized that observing the interaction between cancer cells and immune cells at the nanoscale could provide new insight into the cancer immune suppressive mechanisms. During the experiments, we particularly paid attention to preserving cellular physical structures to explore the possible unknown intercellular communication mechanisms that would occur in 3D tissue context in vivo, beyond classical paracrine signaling mechanisms or direct junction-based juxtacrine mechanisms. Every step involved during the culturing cells and analyzing their interactions was carried out extremely gently to conserve cellular structures as much as possible. After a careful effort, excitingly, we discovered the presence of long nanotubes between cancer cells and immune cells, which had a completely distinguished feature from a general cytoskeletal structure of an individual cell (Fig 1)2. These nanotubes had a thickness of ~50 nm-2 µm and length of ~3-100 µm, which can be up to several cell diameters, and were physically bridging the surfaces of cancer cells and immune cells.

Our study has opened a new perspective in cancer immune suppression by presenting an additional cellular interaction mechanism between cancer cells and immune cells mediated by long-distance physical nanotubes. In fact, nanotube-like structures have been implicated in intercellular communication among various types of cells, which could be beneficial or detrimental for cells depending on the conditions3. Viral/bacterial pathogens and prions can hijack nanotubes for intercellular disease transmission4-6. On the other hand, healthy stem cells use intercellular nanotubes to transfer mitochondria to damaged stromal cells to restore their health7. Cancer cells also share mitochondria among themselves to rescue apoptotic cancer cells and increase the survival rate of tumors in a multicellular context8. Cancer cells further utilize nanotubes to manipulate stromal cells to support tumor growth and invasiveness. Previously, our group reported that cancer cells dynamically regulate endothelium by forming nanobridges and transferring mRNAs to convert healthy endothelium into pathological endothelium that acts as metastatic foci9. Pharmacological perturbation of these nanotubes not only significantly decreased metastatic foci but also transformed the phenotype of cancer cells into a less invasive agglomerated form from highly invasive elongated feature9,10.

In our current study, we showed that cancer cells were hijacking mitochondria from immune cells using physical nanotubes, causing immune suppression2. While it was clear that the mitochondria transport between cancer cells and immune cells was facilitated by the formation of nanotubes, we could not conclude whether these mitochondria were going through the internal portion of the nanotubes or along the surface of the nanotubes (or even both). In fact, the intercellular nanobridges that we observed were the aggregation of nanotubes, while some of them were too thin to allow the penetration of mitochondria within the tubes. Our FESEM images further showed the presence of numerous organelles on the surface of the nanotubes that had a similar shape to mitochondria (Fig 2). Clarification of the location of mitochondria during nanotube-mediated trafficking and their locomotion principles remain open questions.

Our discovery also raised advanced questions: Do cancer cells hijack energy from any types of stroma cells for their own growth, or their energy stealing is particularly targeting immune cells to suppress the immune system? In addition, is that the cancer cells form this long tentacle to actively search for energy sources and cleverly kill its predators without exposing its main body to danger, or are these nanobridges/tubes established when the two cells were physically contacting and gradually elongate as these two cells migrate into separate directions? Would an aggregate of cancer cells develop a spider network of nanotubes to trap and counterattack individual immune cells? Advanced in vitro human tissue modeling systems can facilitate addressing these questions by directly visualizing cellular communications in the tissue context at the nanoscale in real time. Biological insights obtained from such systems can lead to next-generation therapies. These advanced in vitro human tissue modeling systems allows the evaluation of innovative therapies and elucidation of therapeutic mechanisms in physiologically/pathologically relevant stromal context, which cannot be easily achieved in classical 2D cell culture system11. We envision that complete comprehension of cancer immune suppression mechanisms will enable the realization of the full potential of existing immunotherapies in the clinic to overcome cancers.

The original article can be found in,