Our Sources of Inspiration

For millennia, we have been fascinated by the idea of “disappearing” or becoming transparent. This fascination is apparent in a variety of classic literature, such as Plato’s The Republic, which describes the Ring of Gyges, an object that could make the wearer disappear, or H. G. Wells’ The Invisible Man, wherein a scientist devises a way to match his body’s refractive index to that of air in order to make himself invisible. [1,2] While these concepts may seem like fictional ploys to engage readers, even now, scientists around the world are actively working on techniques to make tissues invisible or “clear” by controlling the relative refractive indices and thus the scattering of light within the tissues’ different components. [3,4]

Although becoming transparent is not possible for humans, many animals have evolved statically transparent (i.e., completely clear) structures or tissues as a part of their bodies. Nonetheless, dynamic transparency (i.e., the ability to switch between transparent and non-transparent states) still remains relatively elusive, even in nature. One exceptional animal that is able to locally and dynamically tune its transparency is the female Doryteuthis opalescens squid. [5] This cephalopod is able to switch a specialized stripe on its body from transparent to opaque through the action of cells called leucophores, which can alter their scattering of light. The leucophores contain particles known as leucosomes that are in part composed of the structural protein reflectin. [6-8] It is the stimuli-responsive properties and high refractive index of this protein that enable the cells’ transparency-changing capabilities. [9-16]

We started our experiments with human embryonic kidney (HEK 293) cells, which are one of the most common cell lines for recombinant protein production, and like most cell lines, are optically transparent. We then attempted to express reflectin in these cells and studied the results with a combination of electron microscopy and fluorescence microscopy. To our delight, the cells not only expressed reflectin in good yield but also packaged the proteins into spheroidal structures and distributed them throughout the cells’ bodies in clusters. Amazingly, the sizes and appearances of the nanostructures in our engineered cells were quite comparable to those of leucosomes found in cephalopod leucophores.

Having demonstrated that our cells contained clusters of protein-based structures, we next studied the optical properties of the cells and specifically investigated how they reflected, transmitted, and scattered light. For this purpose, we used a quantitative phase microscope, which can measure the cells’ refractive index and provide insight into how light propagates through the cells. We found that cells expressing reflectin (and a fluorescent reporter protein) had a higher average refractive index than untransfected cells. In addition, cells that expressed just reflectin appeared darker than cells that were not expressing the protein, indicating that reflectin influenced the cells’ ability to transmit and scatter light. Moreover, when we specifically looked at single cells containing reflectin structures, we found that the structures themselves had significantly higher refractive indices than the surrounding cytoplasm. Interestingly, the distribution of refractive indices measured for large reflectin structures in our engineered cells was similar to the distribution of refractive indices measured for leucosomes found in cephalopod leucophores.

Last, we wanted to test whether the light scattering properties of a culture of reflectin-expressing cells could be altered with an external stimulus. Towards this end, we prepared cell cultures in three-layer sandwich-type configurations with the cultures as the middle layer and glass slides as the two outside layers. We exposed the cells used to prepare such configurations to varying salt concentrations and then measured and quantified the cells’ scattering of incident light. We found that the cells exposed to higher salt concentrations appeared less transparent or darker relative to their surroundings and apparently scattered more light. Critically, similar changes in transparency and light scattering were not observed for untransfected cells lacking reflectin nanostructures. Thus, we were able to demonstrate a strategy for changing the transparency (opacity) of our engineered cells, which was analogous to the mechanism used by tunable squid leucophores.

In conclusion, by looking to science fiction for inspiration and drawing upon the astounding natural functionality of female D. opalescens squids’ leucophores, we were able to engineer human cells with tunable light scattering properties. This study opens up several possibilities in a range of scientific and engineering disciplines, some of which are described in our study. For example, our work shows that it is possible to directly engineer the optical properties (i.e., the refractive index and extent of light scattering) for living human cells via the incorporation of reflectin-based structures. These results suggest that it could be possible to incorporate other optical properties into human cells, such as dynamic iridescence or mechanically reconfigurable coloration. [17,18] Also, because native cephalopod skin cells are quite challenging to grow, our mammalian cells could be used as a model system for studying the properties of squid proteins in relevant environments and for understanding the molecular and cellular biology of cephalopods. In addition, our squid proteins’ orthogonal amino acid sequences (relative to those of mammalian proteins) and high refractive indices when assembled into nanostructures in vivo could facilitate the quantitative phase microscopy imaging of various cellular processes in difficult-to-visualize and/or non-transparent biological specimens. Ultimately, we would like to develop living human tissues that can adaptively change their transparency and color like squid skin, but that will likely take many more years and quite a bit of work! 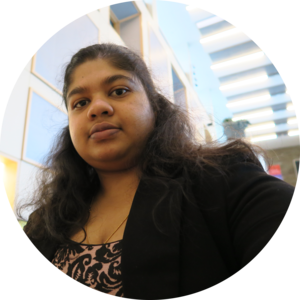