Single cell RNA sequencing of human lung tissue provides clues to the molecular changes that occur in chronic lung disease that may predispose patients to worse outcomes with COVID-19. 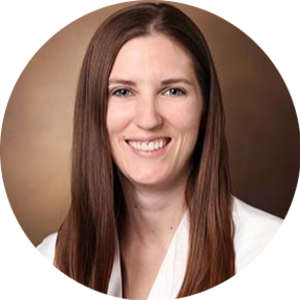 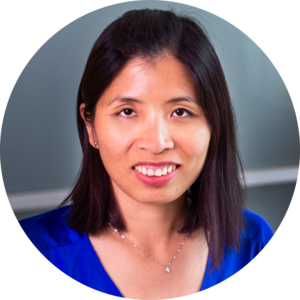 In March 2020, our labs, along with most across the world, were largely shut down due to the COVID-19 pandemic. As scientists and physicians, we wanted to contribute to the urgent efforts to understand more about COVID-19,  and the virus that caused it, SARS-CoV-2. Initial reports early in the pandemic raised concern that patients with pre-existing lung disease often had severe disease and poor outcomes after coming down with COVID-19. While none of us were virologists, we had considerable experience deeply interrogating genomic and molecular mechanisms that regulate lung homeostasis and disease, and how these programs changed in disease. Through ongoing studies in our group, we had assembled a large single cell RNA sequencing dataset derived from tissue that came from patients who had advanced lung disease and others with healthy lungs. We quickly recognized that we had a unique opportunity to glean clues to why our patients with chronic lung disease (CLD) were doing so poorly after infection with SARS-CoV-2.

Our first step was to bring in collaborators who also had existing single cell RNA sequencing datasets derived from human lung tissue. By integrating our independent datasets, we had the opportunity to jointly analyze a very large dataset and greatly increase our power to find significant differences between healthy and diseased lungs that might explain how a patient with chronic obstructive pulmonary disease (COPD) or scarring of the lung, termed interstitial lung disease (ILD), might respond differently to viral infection. Our friends at Yale, Northwestern, Pittsburgh and Brigham and Women’s Hospital gladly jumped in to the project and shared their datasets.

Our computational experts then performed an integrated analysis on the joint datasets while the biologists set to mining the literature for known pathways involved in SARS-CoV-2 viral entry, replication and the host response. The initial small body of COVID-19 literature exploded over the course of the next several months providing ample reading and new genes/pathways to explore. Many virtual meetings later, we solidified a set of target genes that were linked to the pathogenesis of SARS-CoV-2.

The next step was to determine if these pathways were altered in the diseased lung compared to healthy tissue. We found that the expression of genes the virus uses to enter the cell was only mildly elevated in CLD lungs. These minor alterations in viral entry gene expression did not seem to be enough to explain the more severe COVID-19 infections that were occurring in patients with lung disease. We turned to the second set of genes of interest we identified--viral processing and host response genes. These showed some fascinating changes.

The alveolus is the functional unit of the lung where gas exchange occurs. Alveolar type 2 (AT2) cells produce surfactant which reduces surface tension in the lung and allows it to remain expanded and they also are a stem cell population that replenishes damaged alveolar type 1 (AT1) cells. AT1 cells form a very thin layer in close approximation with the capillary endothelium to allow diffusion of oxygen and carbon dioxide. A viral infection can trigger a severe inflammatory condition called acute respiratory distress syndrome (ARDS) where AT1 and AT2 cells are damaged leading to the alveolus filling with fluid and inflammatory cells; thus, preventing the alveolus from participating in gas exchange. Many of the patients with COVID-19 who were hospitalized in an ICU or died developed ARDS in response to their infection. We found that in CLD patients, the AT2 cells especially showed altered expression of genes in signaling pathways essential for viral replication and the immune response to viral infection. The immune cells essential for responding to and controlling a viral infection but also for propagating the damage that leads to ARDS were also abnormal in CLD patients: at baseline these CLD immune cells expressed markers of exhaustion and higher levels of cytotoxic genes (Figure 1). In conclusion, we observed broad changes and dysregulation in the gene expression profile related to viral infection and host response in CLD patients, suggesting that CLD patients may respond completely differently to viral infection, including SARS-CoV2, compared to individuals without lung disease.