Epithelial tissues such as the liver, kidney and the intestine are composed of repeating anatomical units with graded microenvironments. In recent years, single cell RNA sequencing combined with spatial transcriptomic techniques revealed that cells adapt to these gradients by allocating distinct functions to distinct tissue coordinates, a phenomenon that has been termed ‘zonation’. The intestine is a canonical example of a zonated tissue – it is covered by a single layer of epithelium that forms a folded structure made of repeating crypts and villi. Nutrient absorbing cells called enterocytes exhibit strikingly different gene expression patterns depending on their coordinate along the crypt-villus axis (Figure 1).

But the intestine, as do other epithelial tissues, also contains several additional rare, yet critically important cell types, for which resolving zonated expression patterns is much more difficult (Figure 2). In the intestine, these rare cells include secretory cells that either produce protective mucus, secrete hormones or mediate immune responses. Since these cell types often comprise less than 1% of the tissue cells, their transcripts are diluted out in spatial measurement techniques. The challenge of identifying zonation patterns for these rare cells motivated us to develop a new technique for sequencing the transcriptomes of small clumps, which we termed ‘ClumpSeq’.

Tell me your neighbors and I’ll tell you where you are. The idea behind ClumpSeq (Figure 3) is to sub-optimally dissociate tissues into small clumps of 2-10 cells, which are then sorted by their DNA content and sequenced using single cell RNA sequencing protocols (Figure 3a,b). Within the clumps, most cells are of the major cell type, e.g. enterocytes in the gut, but since these clumps are large they often also contain one of the rare cell types. By using the known zonated expression patterns of the enterocytes (e.g. Figure 1), we were able to computationally pool together clumps from the same zones (Figure 3c). This enabled identifying genes that are specifically expressed by the rare secretory cells of interest and that show differences in gene expression depending on the tissue zone. With such a set of ‘landmark genes’ for the rare cells of interest, we could go back to single cell RNAseq datasets, computationally determine the tissue location of each sequenced rare secretory cell (Figure 3d), group them by zone and average their expression to obtain a global view of their zonated expression patterns.

Spatial diversity of intestinal secretory cells. By using ClumpSeq in the gut we identified several surprising patterns. We found that goblet cells, the cells that secrete protective mucus, showed distinct functions at the villus tip. Cells in this zone operate in close contact to a large community of microbes, which can elicit an aggressive inflammatory response by immune cells. ClumpSeq showed that the goblet cells at the villus tip express anti-inflammatory molecules that inhibit this response, such as the immune checkpoint gene Ido1 (Figure 4). We also found that the chemosensory tuft cells have distinct functions in different villi zones, expressing neuronal-like genes at the villus bottom and immune genes at the villus tip. Finally, we identified surprising spatial patterns of the hormone-secreting enteroendocrine cells. We found that some of these sub-types of cells are not equally spread along the villus axis. For example, the cells that secrete the hormone somatostatin are confined to the crypt or the bottom of the villus.

ClumpSeq can be used in many applications. We believe that sequencing clumps can provide unique information that is complementary to the now well-established single cell RNA sequencing protocols. It can be applied to diverse tissues and cell types, for example the analysis of lung goblet and tuft cell diversity in spatially-distinct airways and the zonation patterns of pancreatic endocrine cells along the radial pancreatic islet axis. ClumpSeq can also be adapted to assess the range-dependent effects of developmental organizers and tumor signaling centers. By sequencing thousands of clumps of controlled sizes one could also characterize co-occurrence patterns of rare cells that could expose paracrine signaling mechanisms. ClumpSeq poses interesting computational challenges related to the deconvolution of the cell types within each clump, which will be an exciting avenue to focus on. In summary, ClumpSeq expands the toolbox of single cell biology beyond single cells. 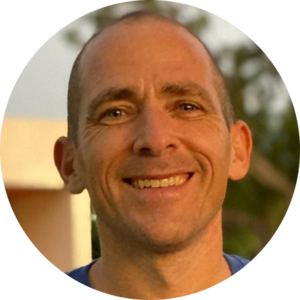