Controlling the size and symmetry of a virus capsid

We engineered a virus capsid so that it would from protein shells of increased diameters and altered symmetries
Jonathan Heddle
Professor, Jagiellonian University
Follow
Like Liked by Evelina Satkevic and 2 others
0

Imagine a tiny (just 10s of nanometres diameter) particle that can carry and protect a highly biologically active yet fragile molecule to a cell, get inside the cell and release the active molecule which can then carry out a predetermined reaction to modify cell function. You’ve just imagined a virus where the precious cargo can be DNA or RNA and and which are very promising systems for adapting to our own needs such as delivering therapeutics to cells.

Thinking of viruses as engineerable machines in this way is interesting, but for machine-like behavior we need machine-like control, i.e., we need to be able to design properties of the delivery vesicles according to our requirements. One such requirement is of course changing the amount of precious cargo that can be loaded into the delivery systems, in particular, given the small size of many virus capsids, the ability to enlarge them such that they can carry more cargo may be particularly useful.

In this paper we achieved just that using the MS2 bacteriophage capsid which is already a commonly used biotechnological tool. Usually this forms a T=3 capsid consisting of 180 copies of coat protein. However, when we inserted additional amino acids in an externally facing loop, we found that we could shift the capsid towards different symmetries with correspondingly different numbers of proteins and therefore different diameters. These “unnatural” capsids were all larger in size than the T=3 particle and some of them had never been reported previously.

Interestingly we found that, using the amino acid inserts we could to some extent shift the proportion of capsids of certain sizes and were able to understand that this was controlled kinetically.  Given that capsids and related proteins may be useful nanoscale containers the ability to enlarge them could allow packaging of greater amounts of cargo. This work is a first step that allows us to imagine a future where MS2 and other protein containers can be designed with specific sizes according to need. 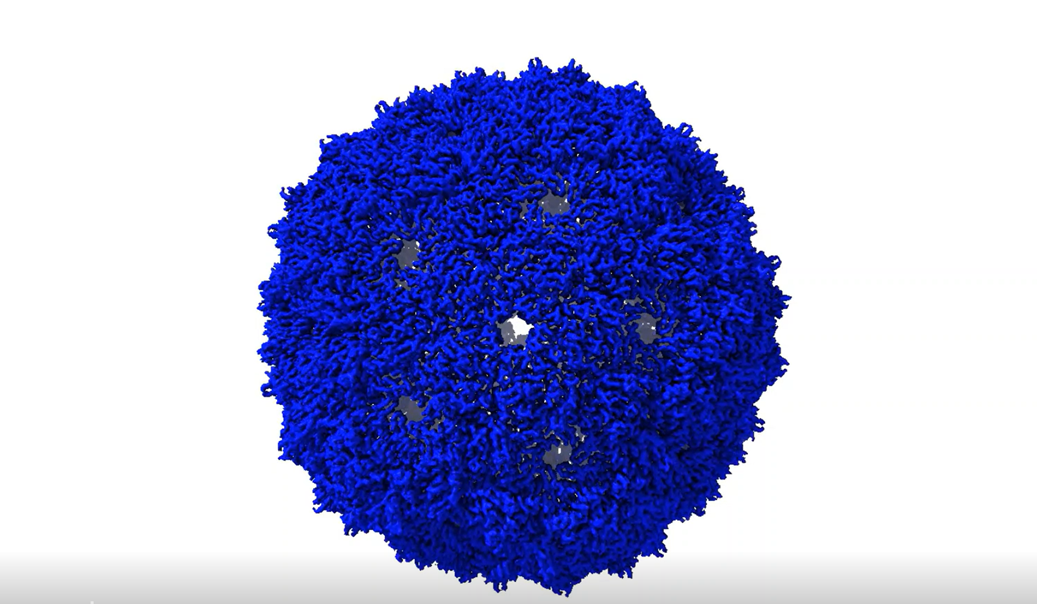 Controlling the size and symmetry of a virus capsid