+1
Zhaowei Liu and 1 other View all
PhD candidate, University of Basel
Follow 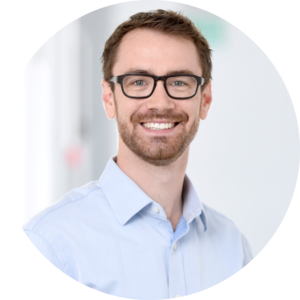 Dockerin (Doc) and cohesin (Coh) domains are major building blocks of large extracellular protein networks called cellulosomes that are utilized by bacteria to bind and digest cellulose fibers. The high affinity and highly mechanostable interactions between Doc and Coh are responsible for assembly of these protein complexes on the outer cell walls of anaerobic bacteria, adhering to the fiber surface, and resisting high shear stress from the environment while enzymes cut the glycosidic linkages in the fibers. The molecular details of Doc:Coh assembly and their adhesion to fibers has long been a topic of interest with potential to deepen our understanding of bacterial utilization of cellulose, and to inspire the design of artificial supramolecular biocatalysts. Recently, we reported a multidisciplinary biophysical study that revealed the molecular binding mechanism behind a recently discovered Doc:Coh complex from the human gut bacterium R. champanellensis (Rc), see Figure 1 below.

The Doc:Coh pair studied here was identified in previous research using bioinformatic analysis1, but there was no structural information. Using computational modeling based on homologous proteins, we built structural models of Doc and Coh. The first interesting finding was that the two binding helices of Doc are structurally homologous and symmetric, but point in opposite directions. It was believed that this feature allows the Doc:Coh complex to form two distinct conformations, a behavior known as dual binding modes2,3. This dual-binding mode behavior was previously shown in smaller Doc:Coh pairs, known as type-I and type-II Docs, but it had never been experimentally demonstrated for large and intricate Doc:Coh systems such as this one, classified as a type-III Doc based on sequence conservation.

This structural analysis inspired us to resolve the putative dual binding modes using single-molecule force spectroscopy (SMFS). Using an atomic force microscope (AFM), we studied the behavior of single Doc:Coh complexes being dissociated under the application of external mechanical forces. We observed that 20% of the complexes exhibited ~2 fold lower mechanical stability than the others, consistent with the hypothesis that the complex could form in two distinct binding modes. Another observation in the SMFS measurements made this system even more intriguing. Some Docs, including the one reported here, have an adjacent domain called XMod located at the N-terminus of Doc. XMod is known to allosterically stabilize the interaction between Doc and Coh. Unfolding of XMod under tension significantly decreased the rupture force of the Doc-Coh binding interface, giving rise to a low rupture force pathway. In contrast to other XMod-Doc systems, here we observed a novel mechanism regarding XMod. At high loading rates, the XMod tightened and inhibited the low rupture force pathway, giving rise to behavior that resembles a counter-intuitive catch bond, where the mechanical stability of the protein complex is increased under external forces4–7.

Based on previously reported Doc:Coh structures with dual binding modes, we recreated reliable structural models of the XMod-Doc complex in both binding conformations and performed in silico force spectroscopy measurements using steered molecular dynamics (SMD) simulations. The results indicated that the two binding modes indeed have distinct mechanical stabilities, consistent with the experimental results. The structural models of the complex in two binding modes also led us to introduce mutations to the binding helices in Doc to specifically knock out individual binding modes. SMFS measurements on these mutants further demonstrated the dual-binding mode behavior.

Another widely used single-molecule approach, single-molecule fluorescence resonance energy transfer (smFRET) is a powerful tool to study dual binding mode behavior. We successfully resolved the two binding modes using smFRET, which directly detects individual complexes with different conformations at equilibrium. These two methods (single-molecule AFM and smFRET) are highly complementary, and focused on different aspects of the system. An observation made by the two methods triggered very insightful discussions - both amongst the authors and between authors and reviewers. We observed that the binding mode knock-out mutations were much more efficient in smFRET measurements than SMFS, which inspired us to carefully compare the two methods. SMFS measures the force response of molecules at highly unequilibrated conditions by bringing the binding partners to close proximity and then pulling them apart, essentially forcing them to bind and making it more difficult to knock out one binding mode specifically. This difficulty can be complemented by smFRET, which directly measures the conformation of the complex at equilibrium. When combined together, these two methods provide a comprehensive glimpse into the structure and mechanisms of the system both at equilibrium and under force.

This study has deepened our understanding of bacterial adhesion mechanisms and the concepts of dual binding modes, mechanical allostery, and catch bonding. It further demonstrates the power of single-molecule methods and SMD simulations in decoding complex biomolecular interactions. Our results also opened up some new research questions. The function of dual-binding mode behavior in the bacterial cells is still elusive. By far, we can only speculate that the bacterium could switch between the two binding modes in response to environmental factors. Future studies at the molecular and cellular levels would potentially help us understand how the bacteria use the complex adhesion mechanism to regulate the adhesion strength and interact with its environment.