Our lab has long had an interest in providing prolonged duration local anesthesia by sustained release of a class of ultrapotent local anesthetic molecules called site 1 sodium channel blockers (S1SCBs), which includes fun molecules such as tetrodotoxin (TTX) and saxitoxin (STX)). The key idea was to try to make a delivery system that would be composed of the peptide sequences in the voltage-gated sodium channel to which S1SCBs bind in nature – a process by which they achieve nerve block.

Fortunately for us, neuroscientists had completely worked out the two key peptide sequences (P1 and P2) in the TTX-sensitive sodium channel that binds TTX (Fig. 1). We modified them with a series of hydrophobic domains, so that the pair of modified peptides would self-assemble into nanostructures in aqueous environments. The nanostructures brought the two peptide sequences into close proximity, as they are in the sodium channel, which allowed TTX to bind to them (Fig. 2). This idea, once arrived at, was fairly straight forward, and it took us only three months to demonstrate that this strategy worked, but it took us another three years to explore why it worked.

Fig. 2 The modified peptides and the assembly. a) The sequences of ϕFFF-P1 and ϕFFF-P2. b) The self-assembly and TTX binding.

We designed peptides modified with a range of hydrophobic groups to investigate their effect on TTX binding. We also studied the effect of the hydrophilic peptide sequences on TTX binding, by using mutant or scrambled peptide sequences. Finally, we selected the modified peptide pair with the best in vitro TTX binding, ϕFFF-P1 and ϕFFF-P2 (Fig. 2a), which could self-assemble into nanofibers (Fig. 2b), and should that they could be used to provide very prolonged nerve block in vivo.

Our manuscript was submitted to Nature Biomedical Engineering. The first round of reviews was very positive but raised a lot of important questions. Unfortunately, our laboratory at Boston Children’s Hospital (BCH) had to suspend all experiments because of the pandemic of COVID-19. Then, Tianjiao had to go back China to start his independent principal investigator career, and be with his family, and his daughter was born in China. As soon as the lab re-opened, we began to perform experiments to address the reviewers’ comments. Our response letter was over 50 pages long, and was specially designed to help the reviewers remember our work after a lapse of more than a year. The manuscript was accepted for publication.

In the past two years, there were many obstacles to overcome, but we were able to achieve a lot, thanks to a strong sense of common purpose and friendship. In addition to the pleasure of seeing this work published, we moved into a new lab space, where we overlook a great view of Boston (Fig. 3a), Tianjiao's beautiful daughter is now more than one year old (Fig. 3b), Yang got married (Fig. 3c), Dan was promoted to Vice Chair for Research in the Department of Anesthesiology, Critical Care, and Pain Medicine at BCH, and he got some more gray hair (data not shown). 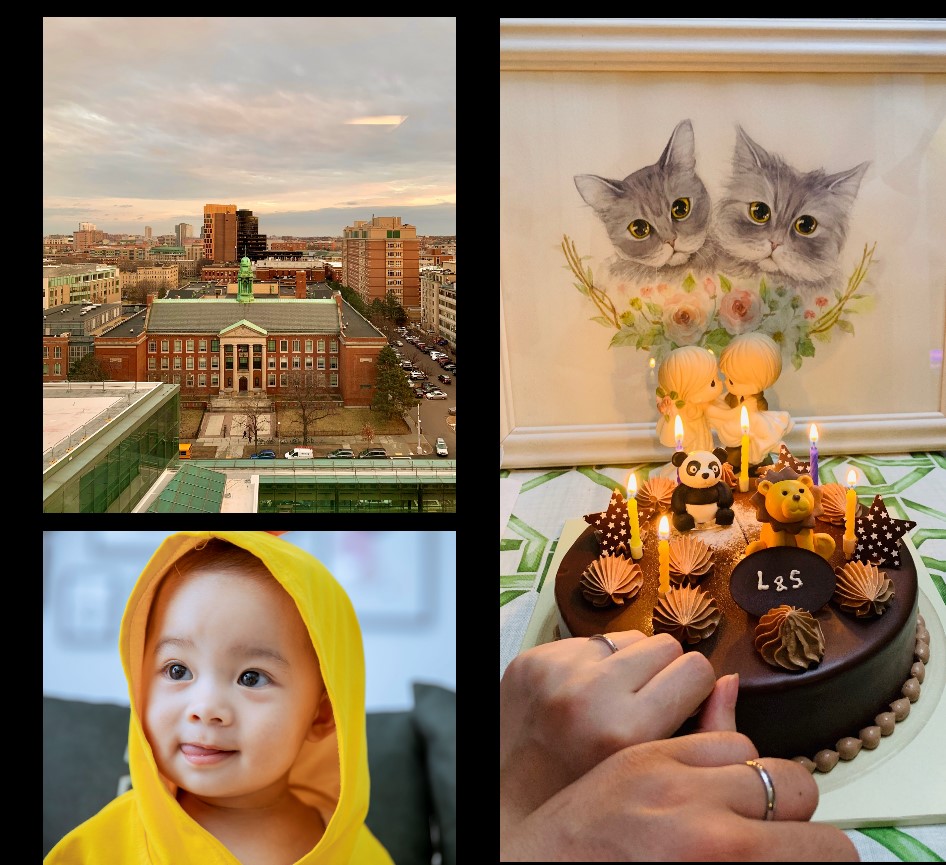 Fig. 3 Progress in the past two years. a) The view from our new lab space. b) Tianjiao’s one-year-old daughter (Amy). c) The engagement of Yang and his girlfriend (Linli).

+2
Joep Beumer and 2 others
My personal road to the NEOtrap – a long-term dream of better time-resolved protein nanodynamics.
Contributor Nature Nano
Behind the Paper