+1
George Heath and 1 other See all
Academic Fellow/Lecturer, University of Leeds
Follow 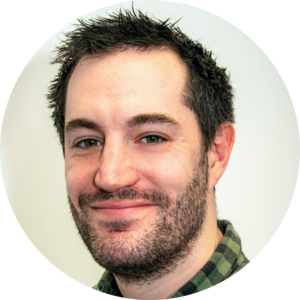 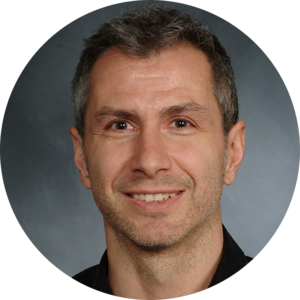 Professor of Physiology and Biophysics in Anesthesiology, Weill Cornell Medicine

In recent years fluorescence and electron microscopies have both gone through revolutions improving spatial resolution which opened (and continue to open) doors to view the organisation of cells and the structures of proteins in ever greater detail. As a researcher studying biological systems with atomic force microscopy (AFM), arguably the most impressive advances in my field have come from increased imaging speed. Our speed revolution came in the form of High-Speed AFM (HS-AFM), which allowed real-time movies of individual molecules to be captured. Progress in AFM spatial resolution of biological molecules however has been relatively sparse. The main factors limiting the spatial resolution in AFM are related to the tip size, its large interaction area with the flexible biomolecular structures and the dynamics of the biomolecule itself. Whilst sub-nanometer resolution has been achieved on some biomolecules, instances are rare and difficult to attain regularly. To move beyond what is sometimes referred to blob-ology, we developed an AFM localization method to increase resolution beyond that of single images or class averaging.

The Scheuring Lab (Bio-AFM-Lab.com) at Weill Cornell Medicine focuses on applying and developing HS-AFM to understand the structural dynamics of proteins and membrane phenomena. The story behind this paper began in 2018, when I was around roughly halfway through my Postdoc position in the lab. At the time, I was beginning to apply a newly developed HS-AFM Height Spectroscopy method [1] to study the dimerization of CLC transporter proteins in collaboration with Janice Roberson. The lab PI, Simon Scheuring, came to me with an exciting side project to work on between experiments and new protein shipments. Equipping me with an old set of AFM images of Aquaporin-Z, and a new HS-AFM movie of Annexin-V that I had acquired during the height spectroscopy development project, Simon set me the challenge of seeing if I could develop a general AFM image analysis algorithm that could improve image resolution compared to class averaging of many molecules. The initial concept was to localize the local topography maxima and ridges in the images, with the belief that we should be able to pinpoint certain structural features in the AFM images. The concept of feature localization was inspired by Super-Resolution Fluorescence Microscopy localization techniques (see video), Photoactivated localization microscopy (PALM). The core principle of Super-Resolution localization microscopy is the ability to localize the positions of molecules with high precision at different time points and then merge localization sites to give a reconstructed map with increased lateral resolution.

After several iterations of a localization algorithm specific to AFM, we could see that we were gaining more and more resolution and uncovering structural features that were only previously visible in X-ray crystallography structures of Aquaporin-Z. Further improvements came from creating computer generated model surfaces with random dynamics and simulating the AFM scanning. During these iterations it became clear to us that three things were key to improving resolution: 1) Image alignment, 2) image expansion to improve the localization precision of the height fluctuations, and 3) allocating picked peaks a gaussian spatial probability. Finally, we needed to find a new way to encode the localization AFM data, namely to preserve the topography information and separate it from the feature localization probability. To make the algorithm not just more accessible to our group but all AFM users, we developed a simple Localization AFM (LAFM) plugin for ImageJ to accompany the publication.

At this point the project became my main focus and we returned to the CLC transporter protein I imaged with the motivation of detecting new conformational states using our new method. Previous studies of CLC-ec1 have had mixed reports on the conformational changes behind the mechanism of transport (depending on which technique was used to study it). Utilizing our newly developed algorithm, we could clearly observe that the protein existed in 2 different conformations depending on the pH of the imaging buffer.

Whilst our results so far have shown great advances in resolution, the LAFM method still has plenty of room for further growth and development. Immediate advances could come from the ability to do time resolved LAFM using many molecules in a single image or many images of a single molecule to get unparalleled single molecule resolution [2]. Additionally, the ability to apply the method to improve the resolution of past as well as future AFM data gives us huge anticipation of what the future holds for localization AFM methods.

After working in the Scheuring lab, I joined the University of Leeds where I am in the process of building a new team (always happy to hear from potential new members). One of our future goals is to exploit the combination of improved spatial resolution of LAFM with the improved temporal resolution of HS-AFM Height Spectroscopy.