In soybean, the genes associated with branch number have seldom been reported. Here, we identify a star gene Dt2 that controlling the branch number and the interaction of Dt2 with GmAgl22 and GmSoc1a to activate transcription of GmAp1a and GmAp1d.
Qianjin Liang and Zhixi Tian
2 contributors
Like Liked by Evelina Satkevic and 1 other
0

Shoot branching is critical in determining soybean yield. Here, the authors report natural variation of Dt2 in controlling soybean branching number and the interaction of Dt2 with GmAgl22 and GmSoc1a to activate transcription of GmAp1a and GmAp1d.

In 2017, I joined Tian’s group as a PhD student. We discussed the project on cloning and functional characterization of the gene that controlling branch number in soybean. I realized that it is a very study-worthy scientific question, because branch number is one of the most profound traits that determine the final yield of soybean. It is also a big challenge because the branch number is affected not only by internal genetic factors but also by external environment condition. Nevertheless, few major genes controlling branch number had been reported in soybean, which make it more study-worthy. Thereafter, a challenging journey opened. The first tough task is to phenotype the natural population in the field. To make the phenotyping accuracy, I spent three months in each growing season, which is not an easy time to spend. We need to endure loneliness and keep our original intention. We need to cheer ourself up every day. We overcame various problems and finally phenotyped the branch number of 2,409 soybean accessions in two years (Fig. 1).

The good thing is that our team has accumulated genotyping data for these accessions1-3. When we got the two years’ phenotypic data, we can’t wait to carried out the GWAS with trepidation and begging for a good signal. And the exciting thing was a stable association signal on the chromosome 18 within 40 kb interval was found. However, upon careful analysis, we determined that a known star gene Dt2 might be the candidate gene, which made me frustrated again.

In 2014, Dt2 was identified to be one of the key genes to regulate stem growth in soybean4. Thereafter, Dt2 was further functional characterized as a post-domestication mutation modulating multiple agronomic traits5,6.However, whether Dt2 could modulate branch number had not been investigated in the previous study. Therefore, we wondered that  a further dig of this “old” gene may shed light on its new function.

Next, we made some basic experiments to figure out how Dt2 affect branching. Transcriptional profiling and in situ hybridization assay show that Dt2 mainly expressed in the shoot apical meristem and axillary meristem. In view of the function that Dt2 affect the transition from the vegetative to the reproductive phase, we wanted to know which genes were regulated by Dt2 in this process. So we made RNA-seq analysis with lateral buds in leaf axils, and many of these regulated genes were found to be related to flowering, in which three GmAp1 gene family members were significantly up-regulated in the Dt2OE lines and down-regulated in the Dt2CR line. In soybean, GmAP1 family genes are the characteristic genes of inflorescence meristem development7. Nevertheless, none of these flowering bases had ever been studied for branching number. So we constructed the transgenic lines and investigated the field phenotype. And the exciting thing was that GmAp1 genes, their phenotypes had a significant effect on branching number. And the subsequent biochemistry experiments showed that Dt2 functioned as a transcriptional activator to promote the transcription of GmAp1a and GmAp1d.

Next, we wanted to explore the gene function in protein level. Protein structure domain assay showed that Dt2 had four domains and the K-box domain was considered as the interaction binding region with other protein4,5, so we inferred that Dt2 protein may exert the function by interacting with other protein. Then we conducted a yeast two hybrid (Y2H) experiment and found GmAgl22, a gene belong to MADS-box gene family and related to the flower development, was identified and further verified by the basic protein interaction biochemistry assays. A previous study reported that Dt2 could interact with GmSoc1a to affect the soybean growth habit5, so we suspected that the three protein could interact each other and subsequent was verified by the Y2H, BiFC and Co-IP assay. We also found that the GmSoc1aCR line showed significantly increased branch number, and the GmAgl22OE lines showed significantly decreased branch number. These results indicated that Dt2, GmAgl22 and GmSoc1a may function by forming a complex to control branching in soybean, further biochemistry experiments found that Dt2-GmAgl22-GmSoc1a together showed stronger activity than Dt2 alone.

When we made the statistical analysis of geographical distribution of different haplotypes, we were surprised to find that the geographical distribution in different haplotypes show some pattern. The Dt2HapII mainly distributed in the high latitude in I ecoregion, while Dt2HapI mainly distributed in middle and low latitudes. The branch number of accessions increased gradually from high latitude to low latitude. Further we wanted to know whether this difference was domesticated or not, so we made the adaptation analysis and found that the distinct geographic distribution of Dt2 haplotypes maybe related to soybean adaptation to different latitudes.

Interestingly, modulating the Dt2HapII (such as knocked out) could enhance the latitudes adaption. Because when a soybean accession was planted from higher latitudes to lower latitudes, it usually exhibited a significant yield decrease due to the early flowering and maturity8. The geographic and genetic differentiations of Dt2 inspired us that modification of Dt2 may improve the adaptation of soybean. Therefore, we tried to plant Dt2CR lines in different ecoregions in China,  from Heilongjiang province, a region located at high latitudes to Beijing (in the middle of China) and Hainan province (in the southern China). The Dt2CR lines showed significantly higher yields than DN50 (Fig 3). These results suggested that modulating Dt2HapII could break the restriction of ecoregions, enhance soybean adaptation ability and will provide more insight for soybean improvement.

Therefore, after a long challenge journey, we shed light on that the previously reported “old” gene, Dt2, is the key gene controlling branch in soybean.

How to write an engaging Behind the Paper post

Is your profile complete and up to date? 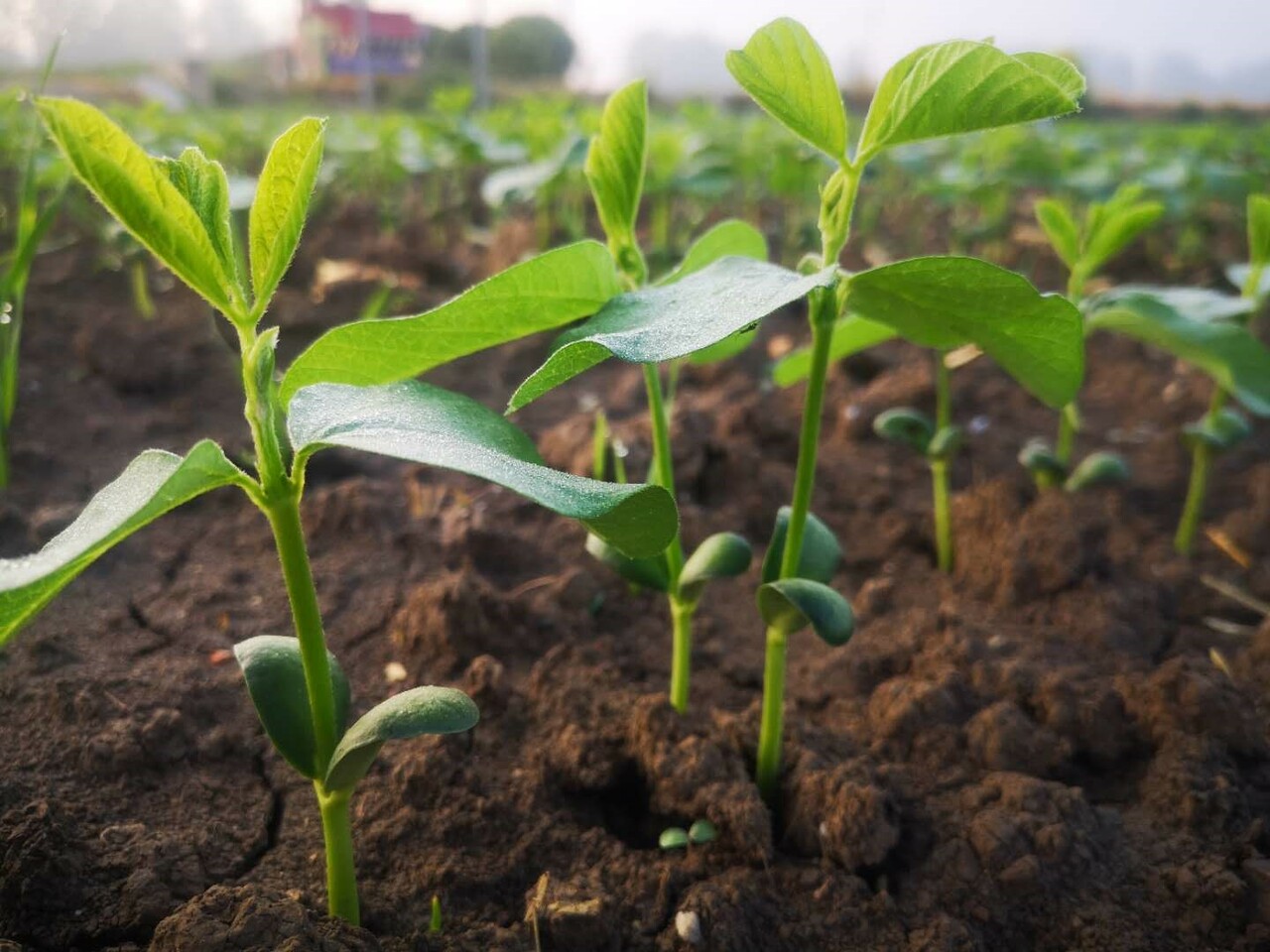 In soybean, the genes associated with branch number have seldom been reported. Here, we identify a star gene Dt2 that controlling the branch number and the interaction of Dt2 with GmAgl22 and GmSoc1a to activate transcription of GmAp1a and GmAp1d.