Retinal prosthetics has shown its promise in restoring vision, despite limited acuity. Here, the authors demonstrate a high-resolution prosthetic vision that enables grating acuity matching the natural visual resolution in rats, paving the way to higher acuity of prosthetic vision in atrophic macula…

Retinal degenerative diseases, such as age-related macular degeneration (AMD), are the leading cause of visual impairment and blindness, affecting millions of patients globally, including my own grandfather. At the age of 96, he has been struggling with AMD for over a decade - losing his ability to read, to watch TV, and to recognize faces has drastically diminished his quality of life. The advanced stage of atrophic AMD has no available treatment due to the irreversible loss of the photoreceptors, photosensitive cells which convert light into visual signals in the retina. Currently, retinal prosthetics remain the most promising approach to restoring sight in these conditions. Leveraging the remaining intact neural circuits in the retina and in the brain, we can electrically stimulate the secondary retinal neurons, primarily bipolar cells, to elicit visual percepts and thereby provide prosthetic vision. Figure 1 illustrates the anatomical structure of a healthy retina and a degenerated retina interfaced with our electronic photoreceptors.

As with natural vision, prosthetic visual acuity is fundamentally limited not only by the spatial resolution of the stimulation patterns (i.e. pixel size), but also by contrast, which is affected by crosstalk between the neighboring pixels. To achieve prosthetic visual acuity of 20/200 (the US legal blindness limit and the top row in the eye chart), the pixel size needs to be 50 μm at most, while 20/80 acuity requires 20 μm pixels. Figure 2 demonstrates what an atrophic AMD patient would see with and without the central prosthetic vision provided by our 20 μm pixels.

Scaling down pixel size is a nontrivial challenge, however, as the existing “bipolar” pixel design with circumferential return electrodes in each pixel over-constrains the penetration depth of electric field into the retina for small pixels (Figure 3a). Our previous studies have shown that the amount of charge necessary to stimulate retinal neurons increases rapidly with decreasing pixel size, exceeding the safety limit of charge injection even for sputtered Iridium oxide film (SIROF), one of the best electrode materials. The maximum stimulation we could safely apply becomes insufficient for cortical measurements of acuity when the pixel size falls below 55 μm in rats3, and for perceptual measurements of acuity below 75 μm in humans4.

Here, we present a novel design of a photovoltaic pixel array that overcomes such limitations and enables high-resolution prosthetic vision. Our new “monopolar” pixels have no circumferential local return electrodes, but a global return ring on the edge of our 1.5 mm wide implant5. To reduce crosstalk and provide good contrast, the lateral field confinement is achieved through spatial-temporal modulation of the light stimulus, which allows a subset of pixels to become transient returns (Figure 3b). Leveraging the adjustable conductivity of photodiodes, we can pre-condition selected pixels with weak light (to generate sub-threshold current for neural stimulation), so that they become sufficiently conductive to serve as transient current sinks in the actual stimulation frame.

We established computational models to simulate the circuit dynamics of our photovoltaic pixel array and derive the electric field distribution in the retinal tissue. The modeling predictions of this optically-controlled current steering method were validated through in-vitro and in-vivo experiments. In vitro, we verified that the contrast was indeed improved significantly with these pre-conditioned pixels acting as transient local returns, comparing with the case where these pixels are idle. We then implanted our photovoltaic “monopolar” pixels of various sizes subretinally in Royal College of Surgeons (RCS) rats, an animal model with retinal degeneration, as well as in Long Evans (LE) rats, the healthy control group. We projected alternating gratings into the rats’ eyes and measured the cortical responses via transcranial electrodes above visual cortices: visually evoked potentials (VEPs). We demonstrated that the grating acuity with 40 μm pixels matches the pixel pitch, while with 20 μm pixels, it reaches the 28 μm limit of natural visual resolution in rats (Figure 4).

Our results indicate that prosthetic visual acuity with 20 μm pixels in rats is no longer limited by sensor size, but rather by their natural limit of retinal and cortical network integration. In humans, these 20 μm pixels correspond to 20/80 visual acuity. Our method also allows customized field shaping based on individual retinal thickness and the distance between the implant and targeted neurons, paving the way to higher visual acuity provided by retinal prosthetics. For the first time, prosthetic vision has surpassed the US legal blindness limit in any live subject. If successfully translated to clinical use, this technology would benefit many more patients suffering from atrophic AMD. 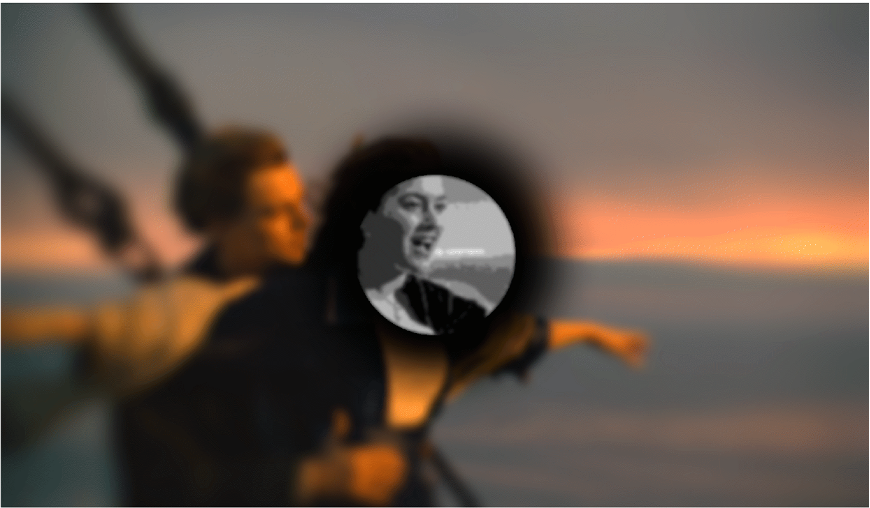