Our team efforts on sequence-defined polymer synthesis kicked off in the fall of 2016 as part of a MURI (Multiple University Research Initiative) program led by Professor Michael Jewett. The program centered around the idea that the translation machinery could be repurposed to accommodate non-canonical monomers and enable synthesis of exotic polymers through sequence-defined polymerization. It was immediately apparent that, due to the high-fidelity (99.999 %) and fast synthesis rate (20 aa/sec) of the ribosome, the approach would have many intriguing facets providing, for example, the ability to build sequence-defined polymers; finely-tailored macromolecules of defined atomic sequence, exact monodisperse length (PDI = 1), and programmed stereochemistry. A key barrier faced by the field is that chemical synthesis methods face limitations in sequence-defined polymerization, and biological synthesis methods face limitations in cellular constraints. Instead, our team proposed that if we could repurpose biological machinery and reconstitute the polymerization reaction outside of a cell, that is, in an in vitro translation reaction, we could thread the needle in the limitation faced by previous efforts.

By the time we had our first manuscript on expanding the scope of non-canonical chemical substrates for the translation machinery1 in the fall of 2018, the six research groups from four different Universities (Northwestern University, University of Illinois at Urbana-Champaign, University of Texas at Austin, and Georgia State University) met in person (after many virtual meetings on research progress) for the first time at Northwestern University for a program review. In this meeting, we shared many ideas that were previously difficult to share virtually, and many came about during our discussions, including the idea of polymerizing peptides with γ-amino acids, for which there was some precedence.2 I recalled that we attempted to solve the γ-amino acids charging problem (Fig. 1), but the issue was not thoroughly investigated. Kevin Schwarz (then at UIUC) and I immediately decided to bring that up again, and we busily brainstormed for possible solutions.

In our first paper1, we expanded the range of chemical substrates that can be charged onto tRNA (using a tRNA-synthetase-like ribozyme) and incorporated into a peptide. We hypothesized likely molecular interactions between the aromatic group of a substrate and the ribozyme’s binding pocket from the study. We also identified substrate design rules and incorporated many synthetic handles into a peptide to expand the functionality, for example, perhaps that the peptide can be further used to synthesize peptide-hybrid materials. But the system had a key drawback: the wildtype ribosome was only capable of incorporating our target substrates into the N-terminus of a peptide due to constraints in the active site of the ribosome.

This limitation revisited us for the long chain carbon (γ-, δ-, ε-, and ζ-) and cyclic (cyclobutane, cyclopentane, and cyclohexane) amino acids that Kevin and I synthesized as part our journey to expand the chemical palette of sequence-defined polymerization. Although this was somewhat expected given the evolutionary function of the wild type ribosome to incorporate α-amino acids, this was nonetheless frustrating.

At that time, my colleague and bench mate, Do Soon Kim, a PhD student in the Jewett Lab, was looking into engineered ribosomes and had the idea that we could indeed make possible the polymerization chemistry that was stumping the wild type ribosome. There were, in literature, examples of modified ribosomes capable of incorporating non-canonical monomers with altered carbon chains (D-amino acid4-5, β-amino acids6-7, and oxazole amino acids8). We hypothesized that if we were able to make enough of these modified ribosomes, we may be able to catalyze polymerization of our exotic monomers. A few weeks after our discussion, Do Soon and I were sitting together at the MALDI facility and screaming from excitement at the small peak rising on the computer indicating that indeed the mutant ribosomes were able to produce a peptide containing a monomer featuring long-chain carbon backbone.

Looking back, our success indeed has me thinking again about how crucial it was for a diversity of expertise and thought processes were needed to make the project possible. What started out as an idea in a meeting between professors and trainees in polymer chemistry, biology, chemical engineering, and synthetic biology resulted in this project. A chemist (Kevin) synthesized monomers that were attached to tRNAs by a biochemist (myself) and incorporated into a peptide using ribosomes made by a chemical engineer/synthetic biologist (Do Soon). Teamwork accelerated the task faster and more fruitfully than any other project that I could have carried out alone. Looking forward, I hope that the team effort showcased in this work will inspire chemists and synthetic biologists to combine and apply their expertise to problems at the interface of multiple disciplines, who imagine the possibility of producing the next generation of materials (e.g., new functional aramids) using cellular machinery. Science can open the doors to a new world, and it starts with the dreams and hard work of a team. 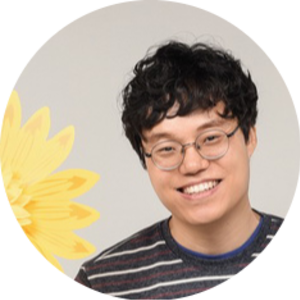