We show that RNA off-target effects of adenine base editors can be reduced by inlaying the base editor domain within an SaCas9 protein, and that this method can also be used to augment the on-target editing efficiencies. Herein, we fine-tune the precision of our editor by spatial rearrangement. 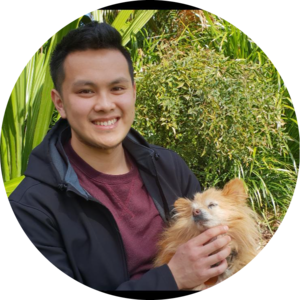 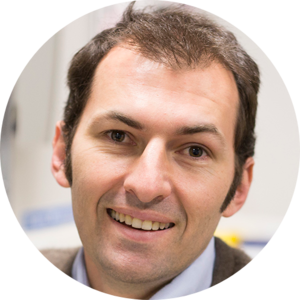 I was profoundly inspired by the work of Oakes and colleagues1, who showed that Cas9 is plastic towards domain interruptions and incredibly tolerant to significant structural changes. Their comprehensive profiling of SpCas9 ‘hotspots’ amenable to drastic structural interruptions inspired me, at the time, to pursue and perhaps solve a significant issue that was plaguing the base editing field at the time -  transcriptome-wide RNA off-target effects caused by adenine base editors (ABEs). Though, almost as quickly as this issue became apparent, it was “solved” in part, by direct alterations of the ABE sequence ...

Since the emergence of the base editing field, it was more or less known that you could have varied effects on the activity window of the deaminase by shifting it to either to the N terminus or to the C terminus, or by changing the type of linker that was used. For example, the development of BE42 from BE3 3, occurred through extending the intervening linker from 16 amino acids to 32 amino acids between the cytosine deaminase and Cas9 component (among other changes of course). Based on this, it was postulated that perhaps the solvent-exposed nature of the floppy glycine-serine-rich linker of the codon-optimized ABE (ABEmax) was generating aberrant RNA-editing as it moves through the nucleoplasmic space. I wondered whether or not the plastic nature of Cas9 could be exploited to effectively generate a trojan-horse style ABE, wherein the adenine deaminase component is ‘shielded’ from the nucleoplasm until it reaches its target.

To our surprise, we found that on-target cytosine-to-guanine editing was clearly observable despite the inlaying of a base editor domain within SpCas9, and that this effect could be varied based upon placement in different domains.

We then attempted to transplant these findings and have a more systematic approach using SaCas9. By inlaying an engineered ABE 7, we found that both the DNA and RNA mutagenicity of the base editor could be modified. We observed that you can either increase or decrease the mutagenicity of the same base editor by simply shifting it around the endonuclease. At roughly the same time, there had been several other solutions proposed 8, but insofar, all of these solutions propose a Cas9-independent means of reducing aberrant RNA editing.

Interestingly, we show that our engineered domain-inlaid SaCas9 ABE could correct the highly penetrant PCDH15 Arg245Ter variant, which causes a severe form of inherited deaf-blindness, and that this construct can be packaged into an adeno-associated virus.

We feel our findings will be a useful addendum to the gene editing community, and are excited about ongoing research exploring how the spatial relationship between the deaminase and the Cas9 component can play an important role in either on-target or off-target effects. We would love to see how our base editor, microABE I744, “functions” at all in a crystal structure given its odd and somewhat counter-intuitive placement near the middle of SaCas9.