Synthetic biologists are increasingly using co-culture systems, but tools to control the composition of subpopulations are lacking. We designed a co-culture with signal translator and growth controller modules where culture composition autonomously adjusts in response to the AI-2 QS molecule.

A major theme in synthetic biology is that microbes can be programmed to behave in a designed way. For instance, cells may detect a biomarker and produce a molecular readout indicative of the level of the biomarker. We do this by drawing on, and manipulating the natural ability of cells to survey their environment and adjust their behavior accordingly. Despite the impressive achievements in synthetic biology, we often fall short of the robustness and complexity of cell behavior seen in nature. One area that synthetic biology constructs differ from natural counterparts is that these synthetic constructs are often designed to operate as single units, where each cell is capable of carrying out the entire programmed function. In nature, microbes exists in microbial communities. Our goal in this project was to take the concept of regulating the behavior of a single population based on a signal of interest and expand that to engineer a multi-population system regulated by a signal of interest. Specifically, we set out to design a co-culture that detects AI-2, an important molecular signal1, and in response autonomously adjusts its culture composition2.

To control culture composition, we needed a method to regulate the growth rate of a specific population within our culture. To do this, we engineered transcriptional regulation of HPr, a protein that is critical for uptake of carbohydrates in bacteria. We placed HPr under a species specific AI-1 quorum sensing (QS) promoter that was not native to our E. coli host strain. We called these the Controller cells. By using a QS promoter, we were able to have a second population produce the species specific QS molecule and regulate the growth rate of the Controller cells. The use of QS allowed for communication between populations and autonomous control of cell growth rate and culture composition. We then engineered Translator cells that detected the universal quorum sensing molecule AI-2 and produced AI-1. When we added co-cultures of our Controller and Translator cells to media with AI-2, the composition of the culture changed based on the AI-2 level. We constructed a simple ODE model based on the monoculture data that could predict population trajectories given a range of initial conditions.

We believe this work explores an exciting new avenue in synthetic biology. There are many examples of cells engineered to detect various signals and respond by producing a specific, calibrated level of a gene or protein of interest. These constructs are often referred to as “smart” cells (i.e “smart” probiotics), but why stop at single populations? We believe this work shows how synthetic biology can be used to design “smart” consortia, where multiple populations are engineered to detect their environment and adjust autonomously as programmed. The use of multi-population systems is already expanding, especially in metabolic engineering where a molecular pathway can be split between multiple populations or tasks can be delegated3. Dynamic control of population compositions could improve these systems4. We expect that synthetic biologists designing constructs meant to be deployed (in the GI tract, for instance) will also benefit from multi-population systems. The ability to control cell compositions is likely to be increasingly important as the use of multi-population systems expands. 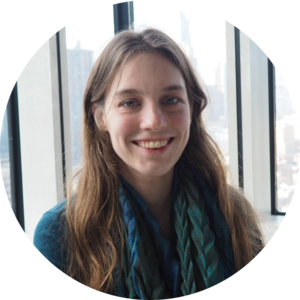