While CRISPR-Cas9 nucleases use a “cut-and-paste” method to rewrite genetic information, base editors work like an “eraser-and-pencil” to correct point mutations in the genome. Double stranded DNA (dsDNA) breaks, or “cuts”, in the genome can lead to insertions, deletions, translocations, and other large-scale chromosomal rearrangements1. Base editors are molecular machines with the ability to precisely edit a single base without causing dsDNA break. Cytosine DNA base editors (CBEs), which can deaminate target cytosine residues to form uracil, effectively causing “C-to-T” edits, were first published in 20162. The original, and most widely used, CBEs contain a cytidine deaminase called “rAPOBEC1”, a catalytically impaired Cas9 and one or two units of uracil DNA glycosylase inhibitor (UGI)2, 3.

CBEs lead to robust on-target DNA base editing in bacteria, plants, animals and human cells1. However, recent reports showed that high dose of CBE treatment can lead to detectable guide-independent cytosine deamination in both the genome and the transcriptome4, 5. Our company, Beam Therapeutics, aims to use base editing to provide long-term cures to patients suffering from serious diseases. Due to the therapeutic importance of CBEs, we started a project to look into the unguided off-target editing, or “spurious deamination”, the very same week that this phenomenon was first reported.

As whole genome sequencing is laborious and costly, we developed a high-throughput proxy, in cis-in trans assay, to evaluate the on-target activity and the spurious deamination activity of base editors. In our “in trans” assay, we use an orthogonal Cas9 from S. aureus to create a stable R-loop and expose the target region as ssDNA, which is supposed to be the substrate of spurious deamination. On-target activity is reported in the in cis assay, in which the SpCas9-based CBE is used as normal – the SpCas9 that is part of the base editor complex directs the editor to its target site. This assay was proven to be valid when it showed consistent results with our whole genome sequencing experiments.

Rational mutagenesis of our top four cytidine deaminases enabled further improvement in their on- and off-target editing profiles, leading to a set of eight editors we refer to as “next-generation CBEs”. These next-generation CBEs demonstrated up to a 69-fold reduction in unguided “C-to-U” edits in the transcriptome, and up to a 45-fold reduction in in trans editing frequency when compared to the most widely used CBE-“BE4”. Most importantly, no enrichment of genome-wide “C-to-T” edits are observed in mammalian cells treated by five of these next-generation editors.

Prior to the publication of our work, other labs have reported mutagenesis of rAPOBEC1 within BE3 or BE4 as solutions to guide-independent deamination5, 6. Crucially, we show that although these previously reported CBE variants (e.g. SECURE-CBEs and YE1) do indeed lead to decreased genome-wide, guide-independent deamination events, these BE3 or BE4 variants can suffer from substantial losses in on-target DNA editing efficiencies that are noticeable when evaluating their editing activities on a wide range of sequence-diverse genomic loci. This observation validated two key decisions for us - first, that to broaden the scope of cytidine deaminases utilized in CBEs we should look beyond rAPOBEC1 and, second, that we needed to optimize and evaluate our next generation CBE candidates on a wide range of sequence diverse, difficult-to-edit sites.

We believe that the next-generation CBEs described in our work will be broadly enabling for scientists in both industry and academia who wish to perform cytosine base editing with high on-target DNA editing at a wide variety of sites while greatly minimizing guide-independent off-target outcomes. 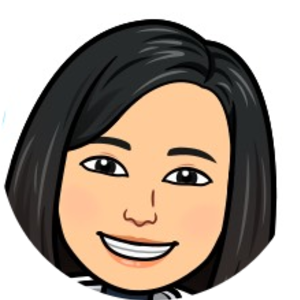