Burkina Faso is one of the countries most affected by malaria in the world with all of its population of 21 million inhabitants at risk, over 12 million cases and close to 30,000 deaths per year.

Target Malaria is a not-for-profit research consortium that aims to develop and share new, cost-effective and sustainable genetic technologies to modify mosquitoes and reduce malaria transmission. The consortium is currently investigating the potential of a genetic technique called gene drive to control populations of malaria vectoring mosquito species Anopheles gambiae.

Target Malaria's work in Burkina Faso is led by the Institut de Recherche en Sciences de la Santé (IRSS) in Bobo-Dioulasso. Our team at IRSS joined Target Malaria in 2012, and since then has focused on the collection of baseline entomology data to better understand what species of mosquitoes are present, their seasonal dynamics and behaviour in the natural environment. We have completed what the project refers to as “Facilities Readiness” for our insectary at IRSS, ensuring compliance with international Arthropod Containment Level 2 (ACL) guidelines. We have also engaged with the different stakeholders to keep them informed of what the project is doing and our plans for the future.

On July 1, 2019, our team conducted the first ever release of genetically modified mosquitoes in Africa. We performed an open field small-scale release of the non gene drive genetically modified sterile male strain of Anopheles mosquitoes in the village of Bana in Western Burkina Faso. The release was made possible following authorisation by the competent national legal authorities and the agreement given by the community of Bana for it to take place on their land. This new publication documents our work on the sterile male mosquito from the point of view of the field entomology team.

I work as Field Entomology coordinator at Target Malaria Burkina Faso and was leading the team who conducted this open field evaluation. The goals of this study were to demonstrate the ability to estimate the daily survival rate of male mosquitoes of the sterile male strain, to assess their ability to participate in swarming activities, to evaluate their dispersal in the release area and to estimate the size of the target population at the time of release.

The 2019 release consisted of a Mark-Release-Recapture (MRR) study with an intensive period of recaptures followed by several months of monitoring to confirm the disappearance of the transgene. The choice of month and design were informed by previous baseline entomological studies and previous MRR experiments conducted in the same village. The mosquito strain used was the non gene drive genetically modified Anopheles coluzzii Dominant Sterile Male 2 (Ac(DSM)2). This strain is the result of the spreading of a previous genetically modified strain to the gene complex of an A. coluzzii wild-type colony. This mosquito is genetically modified to be sterile, so it can mate but cannot produce offspring. In addition, it does not carry the gene drive technology.

This procedure led us to a total of 15,384 male mosquitoes aged 3 to 7 days having emerged in 15 cages and ready for marking and release purposes (6,659 transgenic male mosquitoes and 8,725 non-transgenic sibling mosquitoes). All males were kept untouched and in the same cages throughout the whole process until being released.

The marking process, using a cloud dye dusting technique, was performed a day before field release inside the ACL2 insectary facility to allow enough time for mosquito recovery, rest and feeding. The facility’s environmental conditions were similar to those used during mosquito production. All marked mosquitoes were released on the same day at around 5pm in the centre of Bana by opening the travel cages and allowing free exodus. A total of 14,850 male mosquitoes were effectively released, with estimated numbers of 6,428 transgenic mosquitoes and 8,422 wild type mosquitoes.

We began recapture activities within two hours of releasing the mosquitoes and recapture took place daily for a period of 20 days. Two different recapture methods were used: swarm collections using sweep nets and pesticides spray catches from inside houses. Recapture activities were completed by our team of experienced collectors.

Of the estimated 14,850 males released, a total of 527 were recaptured over the 20-day period in the centre of Bana and nearby Bana Market. Of those, 465 (88.2%) were captured using swarm collection and 62 (11.8%) by in-house insecticide spray. Molecular analysis of recaptured marked mosquitoes was performed by PCR to identify the sterile male strain and distinguish them from their non-transgenic siblings.

To confirm the disappearance of the transgene from the release site, collections were conducted monthly for seven months. As expected, given that the released mosquitoes are a sterile male strain with no offspring, all the mosquitoes collected during the monitoring period were of the wild type and none were genetically modified.

We fitted the recapture data to a model to further investigate dispersal and survival of the marked sterile male mosquitoes and their wild type male sibling, and also to estimate the number of mosquitoes in the background population. Modelling estimations confirmed that genetically modified males had lower survival and were less mobile than their wild type siblings. The estimated male population size in Bana village, at the time of the release was 28,000 - 37,000.

While the release was not aimed at impacting malaria transmission, it was an important stepping stone for the team to gather information, build knowledge and develop local skills. It also enabled the project to work closely with affected communities and regulatory authorities and contribute to a continuous dialogue with these stakeholders on genetic approaches to malaria control. Our new publication aims at sharing widely the results from an entomological point of view. It provides unique information about the fitness and behaviour of the first released genetically modified mosquitoes in Africa. We are proud of the progress made so far and of Burkina Faso’s leadership in malaria research. The 2019 release was a historical moment and a milestone for Target Malaria. This analysis and the data gathered is providing invaluable insights that we are already using in the next phases of our research.

In the long term, our goal is to develop and share a genetically modified mosquito with the gene drive technology that will allow the modification to persist among the population of malaria vector mosquitoes for generations. It is only this type of mosquito that would be able to control malaria.

I did my PhD from 2010 to 2015 in Italy to the Sapienza university working on the human genetics role (G6PD, alpha thalassemia, beta globin) in Plasmodium falciparum transmission from human to mosquito. During these years, I acquired skills on experimental infection of mosquitoes (DMFA), medical entomology, molecular biology, parasitology and experience in demographic survey. After my PhD, I were co-investigator of PREVECT project, were I worked on Seasonal malaria chemoprevention and host-vector transmission with the Institut de Recherche en Sciences de la Santé (IRSS/DRO). Since 2015 until end of 2017, with the French research Institute IRD in collaboration with IRSS, I worked as postdoctoral research associate on PANIC project, on a new approach for infectious diseases control to Bobo Dioulasso, Burkina Faso. Now, I am field entomology coordinator on Target Malaria project at IRSS. 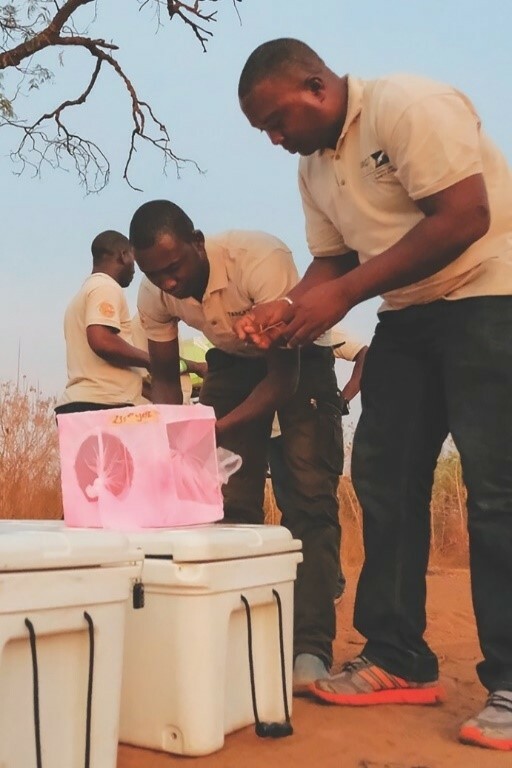